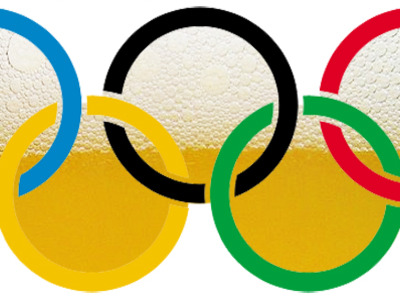 Your Booze Guide To the Olympics
Jimmy Fraturday
February 18, 2014

There are a lot of sports to be watched during the Olympics and each one of them is unique and special in its own way. And what better way to celebrate this fact than to enjoy a different drink with each sport. Since there are a ton of sports, and not all of them are particularly interesting, and I’m lazy, here are the drinks you should enjoy when watching each sport.

Figure Skating: Cosmopolitan. I think this one speaks for itself. The fruitiest sport gets the fruitiest of drinks. Appletni’s are also acceptable.

Curling: Islay Scotch (from Scotland). All of the curling stones in the sport of Curling are from Scotland (it was invented there apparently). Celebrate this by getting blacked out watching icey shuffleboard. You should be taking at least one sip every time someone throws a stone. KeySTONE ICE is also acceptable, because puns.

Hockey: Canadian beer, preferably Labbatts because it’s delicious and is way more American than Molson. The games are something almost what you might already watch so get rowdy and get those USA chants going. Shotgun a beer after every goal scored.

Nordic Skiing: These events take a while so you’re going to want to pace yourself. I’d suggest taking pulls of vodka straight from the bottle with a glass of water to wash it down. Those skiers are going to look so dehydrated, so double hydrate yourself.

Bobsled: A line of shots. Fill up the shots with anything you’d like (maybe try Dr. McGillicuddy’s Menthol Mint) and take the line of shots down before all the bobsledders end up in the sled. It’s a race between you and them.

Biathlon: We can’t call it truly a sporting contest without some guns now can we? What’s more American than a ski race where you also have to shoot a bunch of shit. Crack a few Bud Heavies. Anytime a skier hits every target shotgun one, for freedom.

Moguls: Anything “on the rocks”. Get it? The drink will be bumpy looking just like the ski hill…ok fuck you. One of these had to be a stretch.

Speed Skating: Vodka Redbull. Get just as amped and as fast as those athletes cruising around in circles. Finish your drink when one or more skaters crash.

Jimmy Fraturday and Smigoversen are old drinking buddies. They'll probably go out drinking instead of reading your emails.