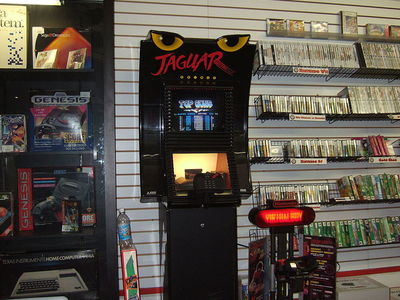 Ever since 1985, when Nintendo’s Shigeru Miyamoto managed to stop underground cage fighting and crushing beer cans on his dome long enough to pump out Super Mario Bros., dudes have been intrinsically tied to the video game industry. Without guys, who would be there to defeat Ganon, to catch ‘em all, or to scissor Ms. Pac-Man’s timbers? Dudes and gaming compliment each other perfectly, like jelly and peanut butter, or like gym teachers and eHarmony. Now, I don’t mean to dudescriminate, but there’s only so much room at the top of the brotem pole (NAILED IT). Here’s who made the top 10. 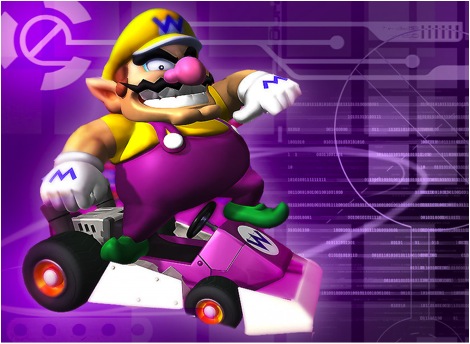 Dude Stats: He might have started out as your standard Bizarro villain, or like what would have happened if Mario’s parents had been siblings, but somewhere along the way, Wario lost all the fucks he had to give. While it’s true that the name “Wario” comes from a combination of “Mario” and the Japanese word for “bad” (pronounced warui), to western audiences, Wario seems about as carefully constructed as a Dad-pun. But with a laugh like a drunk Frankenstein and Lennie’s rabbit-squashing strength, Wario’s weird parts somehow add up to a very dudely whole. Or maybe he only looks good compared to his sidekick, who is just the fucking worst. 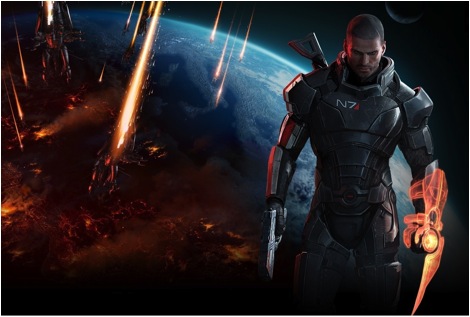 Dude Stats: Sure, he wiped out an ancient master-race of giant space-squids almost singlehandedly, and yeah, he negotiated treaties between worlds with diametrically opposed ideologies, thereby paving the way for unprecedented galactic stability, but Shepard’s most impressive accomplishments are counted in the notches on his space-bedpost. Flora, fauna, and fish-people alike—everyone and everything wants to get in his spacesuit. If he forgets to tie the laces on his moon-boots, he would probably trip into something's orifice. Out of fear of galactic overpopulation, Shepard sticks to one romance per game; the guy emits enough high-octane dude-goo to get a nursing home pregnant. Why so low on the list? Points off for being a lightweight and a shitty dancer. 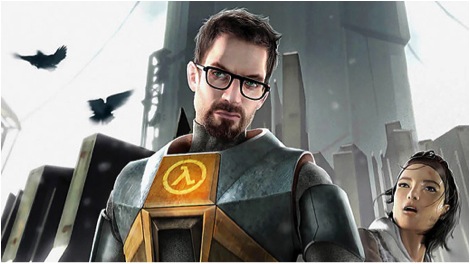 Dude Stats: All hail Gordon Freeman, nerd-god Gabe Newell’s greatest gift to mankind. As an MIT graduate with a degree in theoretical physics, Freeman is a classic example of how brains will always win out over brawn. As long as the guy with the brains gets a crowbar and a full suit of power armor. Oh and loads of guns. And never really has to use or demonstrate his intelligence. Though he’s a silent protagonist, I like to imagine that his Hugh Laurie baritone is yet another hidden weapon in his enormous arsenal; his voice is probably so soothing he could orate Eat, Pray, Love to a crowd of Juggalos. 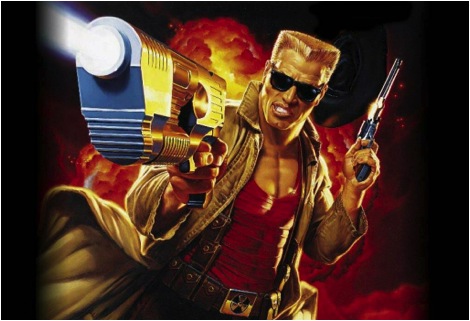 Dude Stats: Many would argue that putting Duke Nukem on this list is a bit redundant—to them I say, you don’t know him like I do. All that meat-headed misogynistic posturing is just a front, and deep down, Duke’s a really great guy. He’s got a great sense of style, he’s a really good listener, and he gives unbelievable back massages. And he was such a gentleman when we went to Les Mis together last weekend! Wait…he is very clean shaven, and he does take really good care of his body…and oh my god is he wearing bronzer? So that’s why he’s always talking about balls. 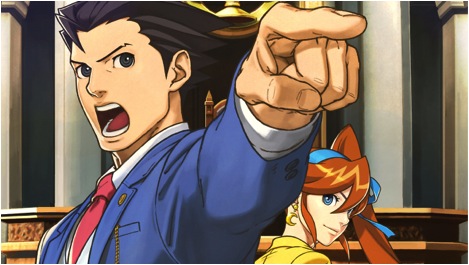 Occupation: Handler of the Truth

Dude Stats: He’s got a great job, has perfectly coiffed hair, and is professionally manicured; Phoenix Wright seems like something from a Jewish Grandma’s wet-dream. As a skilled defense attorney, Phoenix is great at keeping a reluctant audience on his side, even when those around him start inexplicably dying. It is a little odd that his signature pose looks like it’s straight out of American Psycho. But just because he’s successful and is a snappy dresser doesn’t make him a murderer, right? Just to be safe, maybe don’t talk to him about business cards. 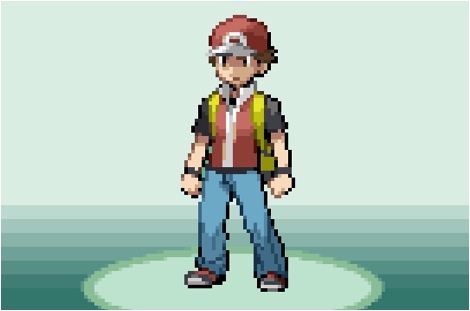 Dude Stats: What’s better than travelling around the world befriending hoards of adorable, mutant demi-gods? Making those monsters fight each other arena-style for your financial benefit. Though the surface message of the franchise may be about peace and love, look a bit closer and you’ll find that the world of Pokémon is a gangster’s paradise. A Pokémon battle has about as much sportsmanship and camaraderie as a game of back-alley dice. First off, The Trainer is a straight fucking hustler. After beating other teams into unconsciousness, Trainer robs his opponents at Pikachu-point, snatching all their money and fleeing the scene—there’s a reason why nobody wants to go up against the guy twice. Just like Gym Leader Omar famously said, “It’s all in the game yo, all in the game.” 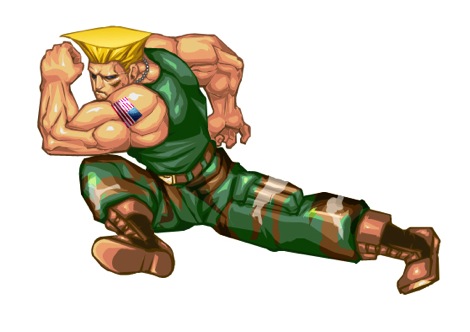 Dude Stats: What happens when you put Ivan Drago, Iceman from Top Gun, and Betsy Ross in a Cronenberg gene-splicing machine? Well, nine times out of ten you’d probably end up with some kind of fucked up elephant man, but with a little luck, Guile from Street Fighter would pop out. Guile is the real deal: he’s got an American flag tat for each shoulder, biceps that would make the Terminator insecure, and in the live action Street Fighter movie (which, as any dude with a pony tail can attest, sucked donkey balls) Guile at least got the Jean-Claude Van Damme treatment. He’s also got the catchiest theme song in gaming—as the internet has proven, it makes everything better. 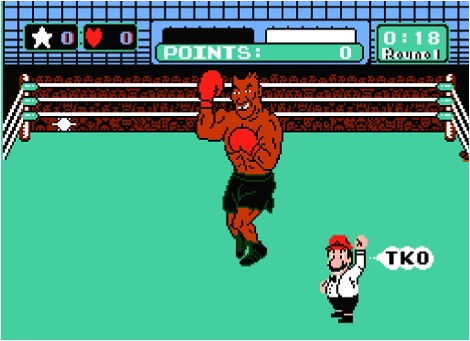 Nicknames: Kid Dynamite, The Baddest Man on the Planet

Dude Stats: The Mike Tyson that we know now—the humbled, adorable, dart-throwing thespian on the road to redemption—is not the same Tyson that once was. Rewind to 1987 and you’d find a 21-year-old, mouth-punching, monologuing gladiator at the height of his game. In Punch Out!! for the NES, this shark-eyed nightmare beast is the final boss, and holy fuck is he hard to beat. I mean look at the size difference between him and Mario—any one of Iron Mike’s punches could turn Little Mac into just another disembodied head in the crowd. What is the true sound of terror? A gust of breath whistling through Mike’s pixilated tooth-gap. 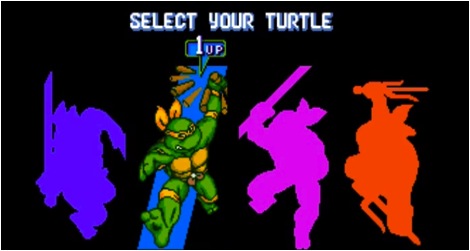 Occupation: Hero in a Half-Shell

Dude Stats: There are only three things in life that can make me immediately happy: “Sandstorm” by Darude, T-shirt cannons, and Turtles in Time for the SNES. Among the turtles, Mikey—“the wild and crazy turtle”—is the obvious choice. Lets face it, the other ninja turtles have been riding Mike’s oblong coattails for years. In Turtles in Time, the only way to restore your health is by ingesting an entire pizza, and at the end of every level, the turtles yell “Cowabunga” in triumph: playing as anyone other than Mike would be a misappropriation of party-dude qualities. I just hope that his shell is thick enough to deal with the Deliverance-style assault Michael Bay is going to inflict on his legacy. 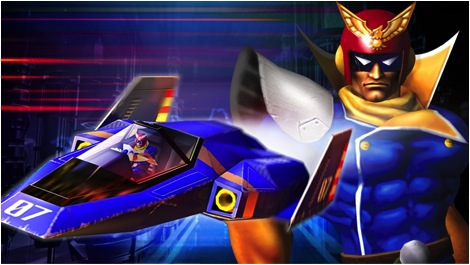 Dude Stats: If you didn’t already know, the Captain is Dude Supreme. My guess at his mysterious backstory: Judge Dredd was bitten by a radioactive monster truck and then did the no-pants-dance with racing legend Dale Earnhardt Junior. Minutes later, a fully-grown Captain Falcon exploded out of Dale’s chest cavity like the creature from Alien, completely clothed and shouting nonsense. Did I mention he drives future cars? He totally does. Falcon is so spry he makes the phrase “NASCAR sex appeal” into something other than an oxymoron. And when he isn’t Tokyo drifting or shooting flaming birds of prey from his appendages, he’s out solving crimes and rounding up bad guys. Like Batman. My point is this: if Falcon doesn’t show up in the new Smash Bros., we take to the streets.

Hot Carl is a writer and aspiring rapper. His debut album "Kafka's Ghettomorphosis" is available on 8-track for ironic purchase in your local coffee shop.