The World Capital Of The Internet
DICK BLAST - STUFF WE HATE 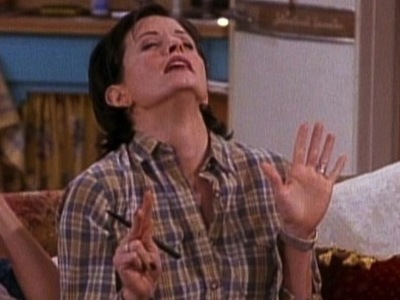 I appreciate Key & Peele’s mission of getting dudes to realize that “vaginas are like snowflakes and are all different.” Unfortunately this is the only piece of advice worth mentioning because the rest is total bullshit. Key & Peele recommend that dudes “make the alphabet with your tongue." They also instruct dudes to stick with one letter and keep repeating that motion. UNDER NO CIRCUMSTANCES SHOULD YOU EVER USE THIS METHOD! It’s messy, gross, and is the sexual equivalent to shitty jackrabbit sex. You dudes are supposed to become men one day so enough with the sloppy half-assing routine you are all doing.

What to do – The League: Thanksgiving

Sarah Silverman guest stars in this episode and she plays a box munching genius. If you dudes have even the tiniest scrap of brains, you will listen to every word she says. I am specifically referring to the dinner scene when everyone eats sorbet to explain eating a girl out. I’m afraid I won’t be sharing all the raunchy details of the scene because Dudefest has a reputation to keep, but mostly it just turns me on and erotic novels are not part of Sliz’s expertise, not yet anyway… But the moral of the story is SLOW THE FUCK DOWN! So if you really want to give your lady an actual mind-blowing orgasm be proactive and watch (or for most dudes rewatch) this episode of The League. Pay attention to details, fuck bring a paper and a pen to take notes because everything Silverman says is dead on!

How to know if you did it right -

Girls are pretty much the same as dudes in terms of the pre-orgasmal point, meaning that we too have vinegar strokes, except it happens to our entire bodies. Meaning you should keep a look out for leg shakes! Those bad boys mean money! Whoever decided that screaming was the ultimate sign of an orgasm must have been dead weight in the sack. Considering how it’s next to impossible to catch your breath when cumming it would be best to ignore all noises we make, plus we mostly just make those to be nice. Instead check for muscle cramps, involuntary movements, and if we stop breathing KEEP THE FUCK GOING! Once you get this right you will know it and your lady will be beyond generous in return. Seriously we will never forget it… even if it only happened once… and live in fear that no dude will ever get it right again…

GUYDE
Dudefest Guyde To: Tinder
Pete Hall
Dave Richardson
I'd totally smash the chick in that picture
tim faketentin
don't forget to where a condom!
thebigd
You can also take my approach and simply not worry about things like that.
Rants