Tea Bagging You With Knowledge
SELECTIONS FROM THE DUDEFEST GUYDE 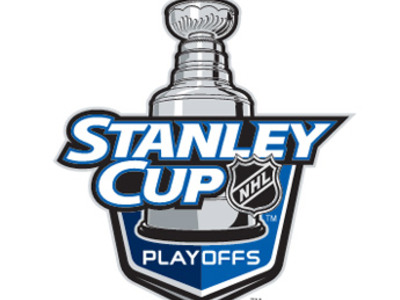 Are you a hockey fan? No? Well clearly you've stumbled upon the wrong website, so please close your browser, shut your computer down, light it on fire, toss it off a cliff (while it's still on fire) and then go home and look at yourself in the mirror for a long time. How long? As long as it takes you to figure out what is wrong with yourself. All finished with that? Good. Which leads me to believe that you've figured out you are in fact a hockey fan and deserve to read this website. Good for you. Anyway, hockey ranks up there as one of the most dudefest sports ever. A bunch of dudes checking one another into walls and legally getting into fist fights. Awesome. And the playoffs feature only the good teams, which means that the level of play will be extremely high and therefore you should be highly entertained and won't bitch about things like the game being too slow, or one team destroying the other. Without further ado, here's your Guyde to the only sport you watch that's played on a sheet of ice because curling doesn't count.

You should already have a team. Every dude needs to owe his allegiance to a sports team in every major sport there is, even if you are only a casual fan. For instance, I watch maybe 3 baseball games a year and that's only when I'm forced to or I'm having a really hard time falling asleep and all of my booze is in my stomach. But goddamnit I have a favorite team, the Arizona Diamondbacks. But back to hockey. If you don't already have a team just pick the one that is geographically closest to where you currently reside. And for the sake of this article if that team has been eliminated pick the next closest one and repeat until you finally have a team to cheer for. Available teams to choose from are the NY Rangers, Boston Bruins, Columbus Blue Jackets, Tampa Bay Lightning, Montreal Canadians, Pittsburgh Penguins, Philadelphia Flyers, Colorado Avalanche, Minnesota Wild, St. Louis Blues, Chicago Blackhawks, Anaheim Ducks, Dallas Stars, San Jose Sharks, LA Kings and the Detroit Red Wings. If you can't choose out one of these teams to cheer for I'm banning you from this website.

This needs to happen ASAP. Let everyone know you're a true fan by dropping some coin on an authentic jersey. Don't be discouraged by the fact that they run around $120 dollars for a blank team jersey and usually around $150-$160 for one with a player's name on it. In fact, make sure you buy two, one home jersey and one away. After all, you're a true fan.

BUY YOURSELF SOME BEER

This one should be self explanatory. But here's the thing, each round of the playoffs is a 7 game series so you will definitely need a lot of beer. I'd suggest buying yourself a few thirties of Labatt Blue to get that real hockey experience that only a delicious Canadian beer can provide. Plus they usually give away free hats and shit in their thirty packs because the Labatt brewing company knows what's up. If you are watching at a bar (highly suggested) you'll definitely need a steady flow of beers in order to keep your throat lubricated (phrasing) for all the yelling at the television you'll be doing. And make sure you yell as loud as possible—everyone loves that guy, especially in bars.

The playoffs have already started, so jump on the playoff bandwagon and try to impress some chicks/dudes with the minimal amount of hockey knowledge you've got. Hell, if you're in a Chili's, it might even get you laid.

Jimmy Fraturday loves hockey and hates baseball. He'll look down on you if you can't appreciate a good hockey game. All hate mail can be directed to his email.