The Comedy Site That Won't Give You A Horrible Rash!
MUSINGS FROM OUR CHEAPSKATE BEER SNOB 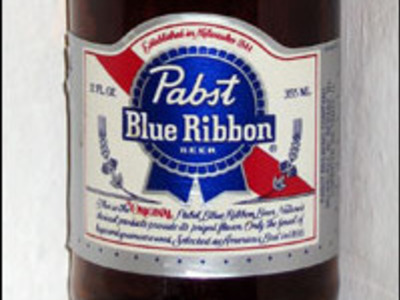 Pabst Blue Ribbon in a Bottle -- A Long and Sordid History
Smigoversen
March 07, 2014

Some people treat their relationship with alcohol the same way they would with a girl they recently broke up with. They’ll see a bottle of tequila coming their way and refuse to even contemplate drinking any while describing this one time they drank a whole bottle before laying their head to rest on the porcelain throne for the rest of the night. They don’t even want to make eye contact with the label because they can feel the nausea bubbling up. I always thought thinking like that is stupid. At least I did until I broke up with Pabst Blue Ribbon, my (cheap) beer of choice through the first three years of college.

PBR and I never got Tequila bad, but I worked in a dive bar that smelled like stale PBR and regret. This pushed us to the brink because I wanted to relax when I drank and not think about work. I was consistently unhappy between my first sip from a can of Peeber to right before I put the empty can down. lt tasted bad. Drinking PBR during this dark period of my life was as close as I will ever get to understanding how a girl feels after she hooked up with a guy who wasn’t as hot as her.

I didn’t think we would ever get back to where we were before my time working at that dive bar. This hypothesis was confirmed when I took a trip down to Panama City Beach, Florida. On our way back north, we saw signs for a restaurant called Skynyrds Sports Bar. Based on the name, we obviously had to go eat there.

My friend AC pulls into the parking lot and we grab a table. There is an enormous man performing the duties of DJ. He was doing this by actually using compact discs, which should have been a warning sign. Our over-worked waitress, who was covering more tables than she had teeth, brought us menus. Being men in our early 20’s with one underclassmen who was going to be in charge of driving us the rest of the way home, we went straight to the beer selection. PBR was listed in the bottle section, this caught our attention.

I was confused at first. I asked the waitress if they actually had PBR in a bottle. They did. So we obviously ordered a bucket. Minor problem, she never told us how much the bucket cost. AC tried to ask the bartender, but he was too drunk to understand what he was being asked.

Our concerns were put on the backburner because eventually, our beers arrived. In hindsight it shouldn’t have taken so long for him to just put some bottles in a bucket without ice. Here’s the thing, when you drink PBR out of a can it tastes alright. When you drink it out of a bottle, you can convince yourself you’re drinking a much higher quality beer. Seriously, it’s much better. If you get the opportunity to drink one, try to drink two. Do it for both of us.

It took roughly an hour and a half for our food to arrive. And it was cold. It took roughly 30 more minutes for our waitress to look at us again. When we brought our grievance to her attention, she told us we got the “New York Treatment”.

This prompted an argument between us, the waitress, and eventually the manager. Apparently, Southern hospitality isn’t a thing at Skynyrds, but the manager did offer to take 25% off our bill. We found that unacceptable without getting a newly prepared dishes. A woman at the table next to us decided now was a good time to pipe up and tell us to just pay our tab and get out.

That didn’t sit right with me, so I decided to speak up. A little background, I had been drinking (heavily) in the car since we left Florida. So I hadn’t said anything yet because I was afraid of saying something stupid. I should have stuck with that plan because I did say something stupid. Not just stupid, I said “Who the fuck are you, lady?” to a woman, sitting next to her husband (who was much larger than me), and in front of a bunch of other angry southerners.

Wisely, AC sent me to the bench. In this scenario, the bench was sitting in the car. We were followed by several pickup trucks until we got back on the highway. The moral of the story, is Pabst Blue Ribbon is much better in a bottle than a can. Except for when you’re in the South.

Smigoversen talks a big game but is actually terrified of southerners. Intimidate him here.

I think the moral of the story is always don't remember not to go to a sketchy Florida sports bar. This bar sounded so Florida it hurts.
The Tabro
False. It is blander and cans are WAAAY more convenient. They fit better in koozies, they are more transportable (bottles on camping trips are a mistake), and in CA you get more of a return for aluminum. PBR was meant to be drank out of a can and you can get 12oz, pounders, or tall boys. I'm always pissed when the can twelve packs cost more than the bottle twelvers cuz i HAVE to buy the 24 pack of cans instead and i go through that way faster.
Beer Musings