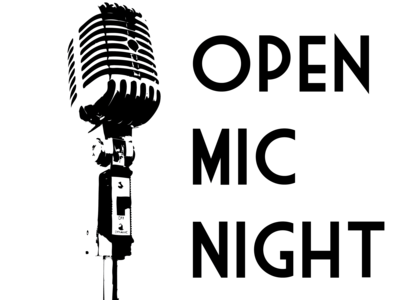 Picking Up Chicks at an Open Mic Night
Smigoversen
May 27, 2014

An Open Mic Night is an invitation to suck at any given art form. Literally anyone is allowed to show up and do almost anything they want, often for free, with no expectations of quality. There are two kinds of people who go to Open Mics: people who want to perform and their friends. Occasionally, you'll see someone who didn't know it was Open Mic Night and decided to stay. Be vary cautious around these people. Their very presence at the event demonstrates they have questionable tastes at best.

Step 1: Know One of the Performers

If you went to a college with Liberal Arts majors, you know somebody who plays the acoustic guitar. Sometimes that is good enough, but not if you want to maximize the chances of your night ending up at Chili's and a pile of used wet naps. There are a few key factors that exponentially grow the likelihood of your wiener exponentially growing later that night.

The best kind of friend to go support is a female that you've never hooked up with that writes her own "introspective" songs. Ideally all of her songs will sound the same. This is important because if they all sound alike, you can lean over and whisper to a girl, "I love this song" when a new one starts. Your ability to tell the songs apart make you look like a good friend. More importantly, it demonstrates how good at listening you are.

If you have to go with a dude, you're starting out at a disadvantage: guys with guitars look more attractive than guys without guitars. Sorry dudes, that's just math. So my perfect guy (never thought I would ever write that phrase) would be described as "interesting looking." You don't want him to be handsome because all the chicks will be into him instead of you, and that is the opposite of what we want to happen. The only time you want to go for a handsome dude is if he is a good friend of yours and is willing to be your wingman.

Wait, how are you going to do that? You've never heard any of these songs before. Good thing every hand singer-songwriter has a song with a shitload of "la la la's" or long drown out "oohs". If they're extra douchey, they'll try to scat like that one Jason Mraz with the ukulele and 1,000,000+ college a capella group covers on Youtube. When this part comes along, silently move your lips. People will notice. If anyone asks why you didn't do this during the verses or chorus, simply reply, "I was focusing on the artist expressing themself." Works every time.

Step 3: Be Spontaneous and Perform

Regardless of how many people show up to the Open Mic Night, they will run out of performers before they run out of time. The night will take a turn for the worse if you allow people to go back up and do another set. They will only have material that wasn't good enough to make the cut the first time. And their first set wasn't great either. To avoid this exercise in self-indulgence (self-indoucheness?), you have to man up and perform. The trick is to make this decision look as spontaneous as possible. If you're doing this spontaneously, all the girls will think you're really confident and we all know how directly correlated penis size is to confidence right? In order to look spontaneous, you can't bring an instrument. You need to borrow one. If you don't play anything, try to get your friend to play with you. Or better yet, try to sing a duet. If none of this is possible or your singing voice makes nails on a chalkboard sound like Barry White, it's time to recite a poem. You don't have to write it yourself. Sometimes its better to find some obscure guy with an absurd backstory to share with the group before you start reciting. Actually, it wouldn't hurt to make up a poet - trust me, no one is going to bother looking them up later. If you're going to try to make one up, remember these rules:

If you hadn't already sealed the deal, you just did. Great job dude.