Our Business Is Hilarious
DUDEFEST DOZENS 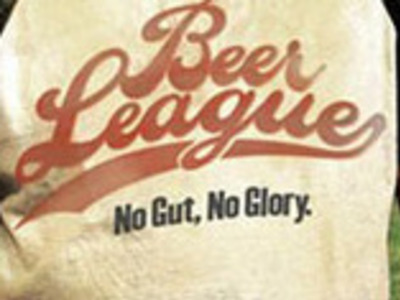 As a very small company, so small that it can’t even be considered a company because we’re too small (and also we bring in zero money and aren’t really a “company” at all, we’re a website), Dudefest.com is unable to field a company softball team. What league would we even play in? Most of us live in different cities, and some of us on completely different coasts. Those of us in the same city don’t even hang out. That doesn’t stop us from dreaming about it, though, so we present: the Hypothetical Dudefest Company Softball Team.

The dude that always swings for the fences (and pops out to shortstop): Fraturday 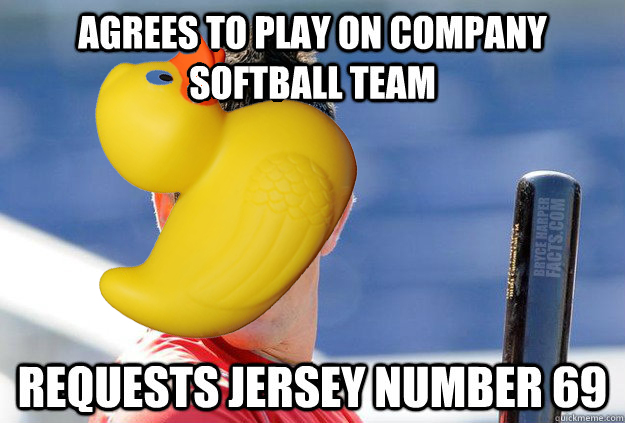 This is the guy that is all talk. He has all the gear (which he bought brand new before the season) and spends most of his weekends in the batting cages, “just crushing them, bro”. Except every time he comes up to bat, the outfielders move in, he swings at the first pitch, and the shortstop catches a lazy popup without even moving. Those tall socks and batting gloves make him look the part, sure, and maybe that eye black actually did get in his eye and fuck up his rhythm, but when he’s still hitless going into the last game of the season, the only person convinced that he’s actually going to hit one out of the yard is himself.

The dude that is quietly really really good: Koella 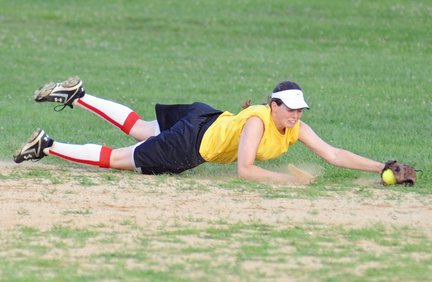 This is the dude that is somehow always already at work when you show up, and still there when you leave. You’re pretty sure he has a life outside of work, maybe a wife and a couple of kids, but you can’t be sure. You’ve never spoken to each other outside of the break room, and somehow an interaction that consisted solely of, “Cream?” followed by an affirmative grunt didn’t tell you his life story. When the weekly softball game rolls around, he’s there early (as always), he saves runs with his defense at third base, he hits 2 doubles and a homer without smiling, and he goes home right afterward instead of going out for drinks. You’re pretty sure he played in some team’s minor league farm system before this, but if you asked, you’d only get that grunt again.

The dude that uses softball games as an excuse to get drunk: Smigoversen 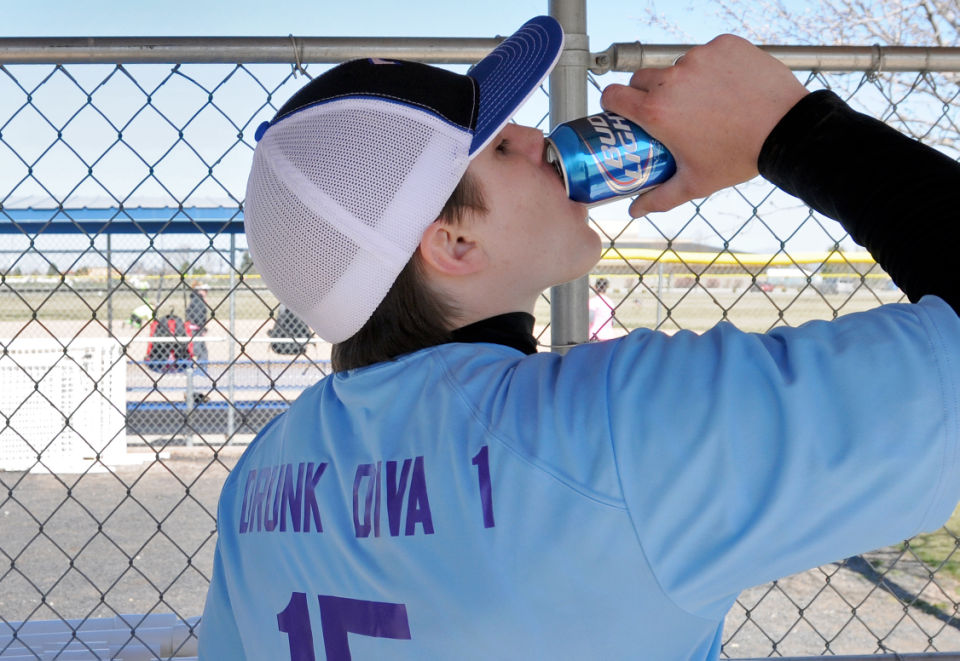 Photo source: A Bud Light commercial, believe it or not

This is the guy that, for whatever reason, has the crappiest home life you’ve ever heard. He spends his days at the office lamenting about his wife, and he spends his nights at home wishing he was back at work. Softball is his only release, and even though he always seems to be nursing some mysterious injury too severe to play through, he does get incredibly drunk with the team and usually leads the charge to the bars afterward. Getting shitfaced on a Tuesday night with some assholes from work that he doesn’t even like is the highlight of this guy’s week. He actually plays much better cradling a beer in his glove.

The dude that looks forward to the season all year long: Kennedy 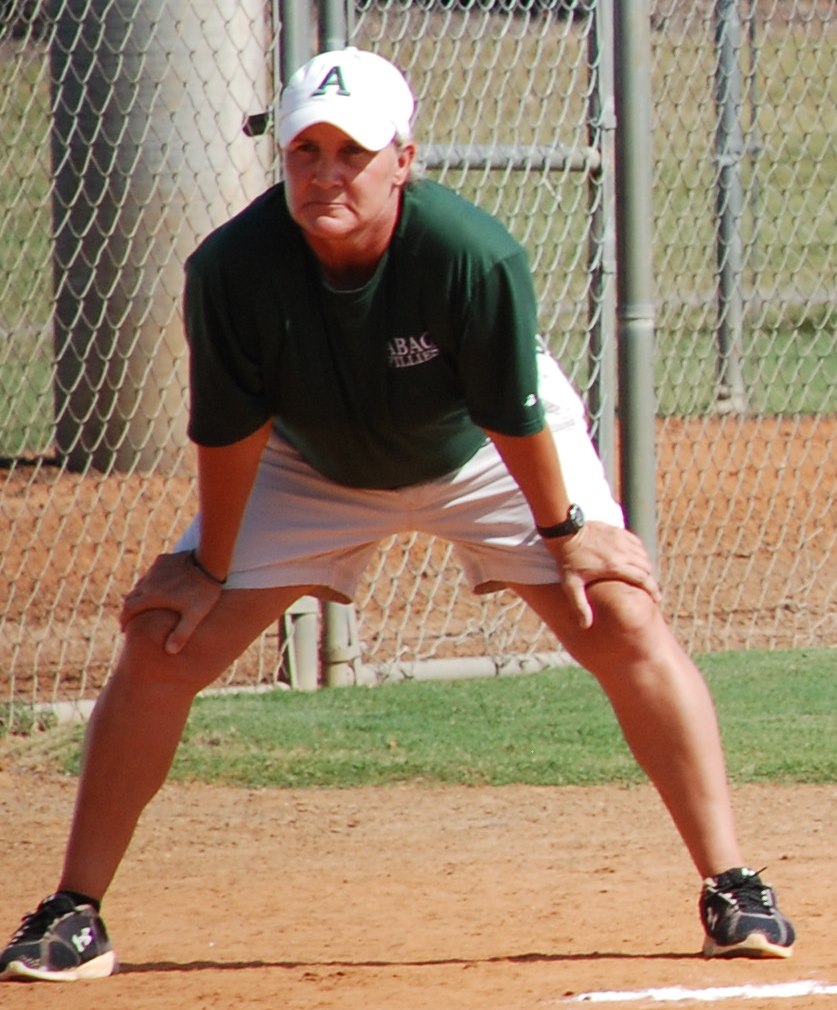 Before the season started, he’s the one that recruited everyone. Hell, even joining the league was his idea. He somehow became the captain of the team, even though he’s pretty bad, because he’s the only person that actually cares about the games. If he put half as much effort into anything else, he’d be one of the most successful people on the planet. Instead, he’s a mediocre softball player (but enthusiastic captain). Even though you’re sure nobody has ever attended one of his after-work practices, he always sends an office-wide email the next morning about the “great turnout."

The dude that is batting 1.000 (but only because he says “Fuck sportsmanship” and bunts): Holland 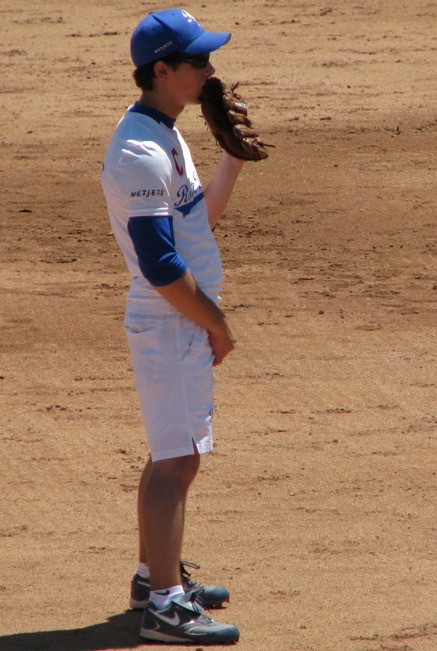 Photo source: Holland's facebook (but this is actually his brother)

When he steps up to the plate, you bet your ass he’s laying down a bunt up the third base line and sprinting to first. Sure, the league rules specifically say “no bunting," but the ump can’t exactly make the distinction between an intentional swinging bunt and a checked-swing dribbler to the third baseman, can he? Statistically, he’d be the best player on the team, but in practice, nobody likes him. Nobody even tells him what bar they’re going to for post-game drinks, but he still manages to show up every time.

The dude that signed up but can never make games: Finkle 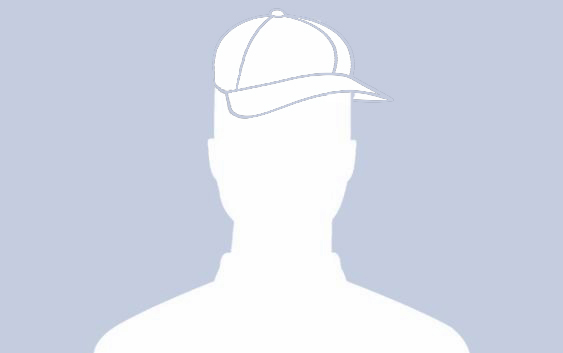 The second guy to sign up for the team, right after the guy that started it. He was the only person that seemed as excited as the captain to start playing, but once it came time to start the season, never made it to a single game. Sure, he’s technically still on the team (and if you ever won anything he’d get a trophy too) but he doesn’t seem to be contributing anything anymore. 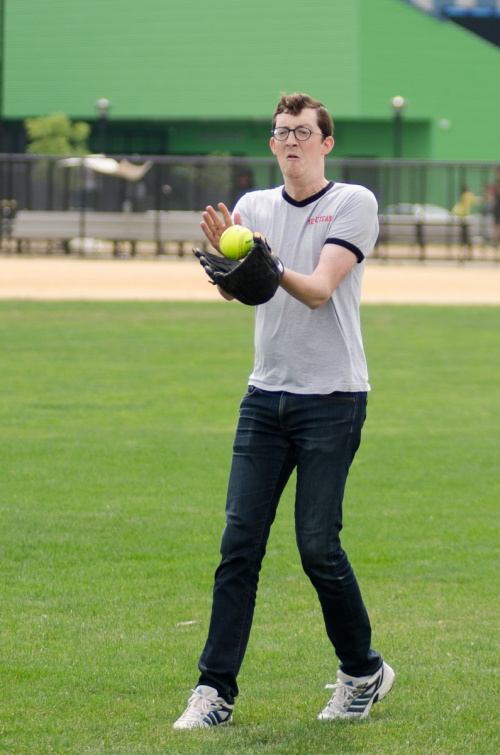 Photo source: Probably a screenshot from Freaks and Geeks

These little punks are horribly unqualified for their jobs, which they only have because their dad owns the company. They are slightly less unqualified for softball, and are eager to play as long as they both get to hit leadoff. But since that doesn’t even make any sense, they usually end up bickering like children over who bats first and who bats second. Neezer usually wins because he’s taller, even though Stoke fights dirtier. 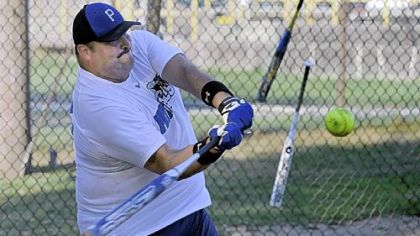 Good at one thing, and one thing only. But actually more like medium at one thing, and god awful at everything else. He’s not allowed to play defense because even though most of the team is pretty bad at it, this guy would manage to let a soft fly ball hit him in the crotch before he caught it. 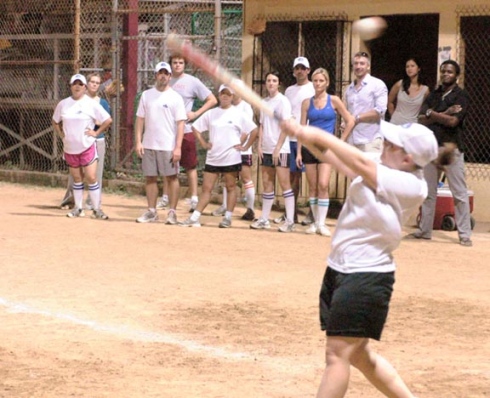 Photo source: I found it in my garage

Most (if not all) company softball leagues are co-ed, and just like the receptionist that was talked into joining the team so they would be eligible to play, we only let Sliz be a Dudefest writer so we can claim it makes us not sexist. Everyone knows girls can’t play softball.

The dude nobody knows: Henry 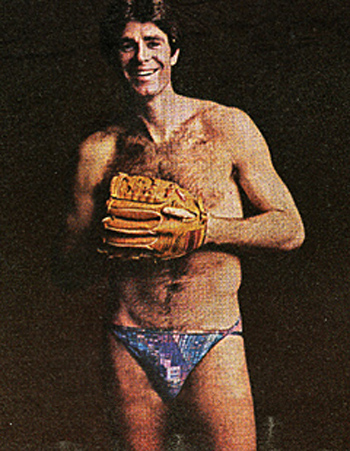 Photo source: Wait, no, this is the one from my garage

This is the guy that somehow managed to sign up almost immediately (third on the list!) even though nobody knows who he is. He's never been seen at the office, and the prevailing theory is that he's Kennedy's friend from home, who Kennedy fudged some books to get hired as an "independent contractor" for one day just so he could technically be eligible for the team. At the bar after games, he only talks to Kennedy, standing silently just behind him and to the left during conversations, contributing nothing. He's a decent player, so nobody minds fudging the rules to get his bat in the lineup even though they've never heard him speak.

Pat Holland maintains that there is nothing wrong with bunting. Don't try to email him.

As long as the games aren't at 7 in the morning, I'd consider coming, lol.
Hot Carl
Hey Kennedy, tell Henry that he can come over to play with my bat anytime. Hope he doesn't mind some foul balls,
Jimmy Fraturday

This is accurate. I'm an actually terrible at hitting. But that's only because I didn't play baseball growing up.
Pete Hall

You're an actually terrible at sentencing, too.
thebigd
Why does Fraturday always get all the hate?
Katy Perry
Cause Fraterday sucks
Dozens