You Are The 10 Millionth Visitor! Click Here For Your Prize!
DUDEFEST DUDES' DUDEFEST DUDE OF THE WEEK

Tim Duncan is good at basketball. Can we all agree on that? He's not just good at basketball though. He's the greatest power forward ever. (This is exceptionally impressive considering he's played center for most of the last ten years.) Depending on your opinion of Dirk Nowitzki and definition of foreign, he's also the greatest foreign-born player of all time (born in the U.S. Virgin Islands). He's also 38 years old and playing in the NBA finals for the SIXTH TIME to add to his collection of four Larry O'Brien trophies.

Timmy wasn't always a hooper or an adult. He started out as a swimmer (both the sport kind and the sperm kind, respectively). He turned to the sport when Hurricane Hugo destroyed the only Olympic-sized pool in St Croix. His first love was taken away from him, just like Liam Neeson's daughter. Therefore, Duncan's entire basketball career has been a revenge story. Fuck you extreme weather events, ol' Number 21 is coming for you. Also I think Tropical Spur is an awesome nickname—I know he has a bunch, but they all start with "The Big," so let's give this one a try for diversity's sake.

He came to the states on a basketball scholarship from Wake Forest. After four seasons, Duncan racked up awards, including Naismith College Player of the Year, USBWA College Player of the Year, and the John Wooden Award his senior year. He was so good, his jersey had to retire before he did. How do you follow that up? By going #1 overall in the 1997 NBA Draft to the San Antonio Spurs—who were already good and only got the pick because David Robinson had been injured for most of the previous season.

Robinson was back in action for the start of the '97 season and excited to be paired with another 6'11'' monstrosity. Together they were nicknamed The Twin Towers which wouldn't be considered offensive until several years later. Duncan and Robinson were the best fucking back court in the league. In his second ever road game, Duncan came down with 22 rebounds that Dennis Rodman was also going for (who was also pretty good at grabbing boards at the time). 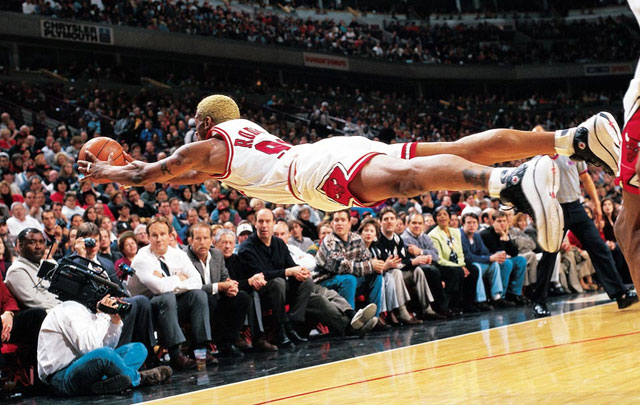 They may have been knocked out in the second round of the playoffs, but Duncan ended up winning Rookie of the Year, being named to the All-Defensive Second Team, and making Rookie of the Month every month of the season. Do you know who else was Employee of the Month every month? Spongebob Squarepants, the greatest nautical fry cook to also star in a Nicktoon. Not too shabby. 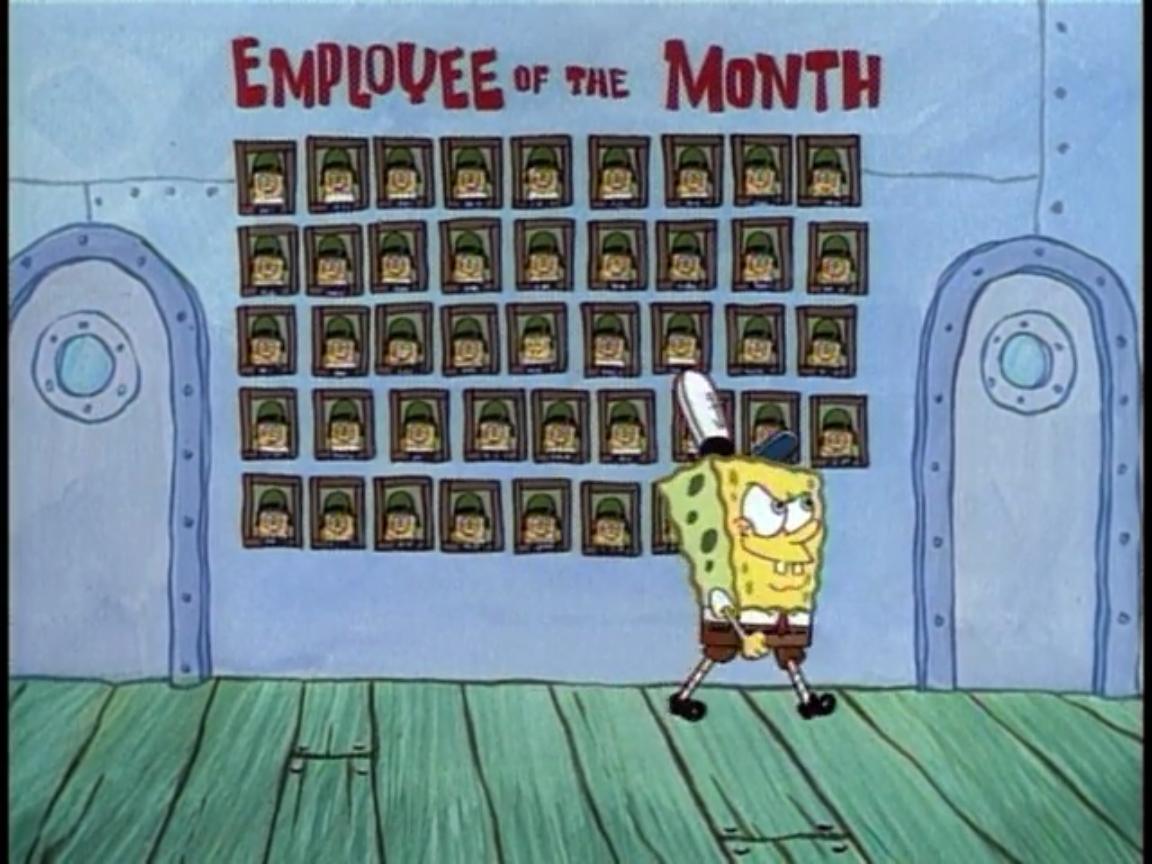 The next season was shortened by a lockout to only 66 games (unfortunately they couldn't work out a 69 game season). 66 was the perfect number for the Spurs, because they didn't have to kick as many asses in the regular season, allowing them to be readier for the playoffs. When they got to the playoffs, they beat the Timberwolves in a gentlemen's sweep (3-1), swept the Lakers, and handed out another gentlemen's sweep to the Trailblazers (soon to be Jailblazers) to get to the finals. 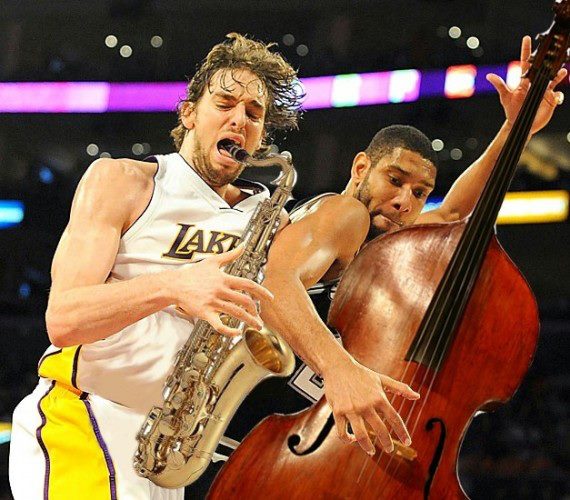 You wouldn't say that he was fiddling around, but it was pretty close

In the finals, they forced me to experience heartbreak for the first time in a meaningful way by defeating my New York Knicks four games to one. I was eight at the time and didn't really understand what was happening. I had only just begun my own CYO basketball career and had no understanding of the game. I just liked the dunks. Duncan won the Finals MVP, becoming the first #1 pick to win a championship on the team that drafted him since David Robinson. Who only won his first championship because of Timmay. 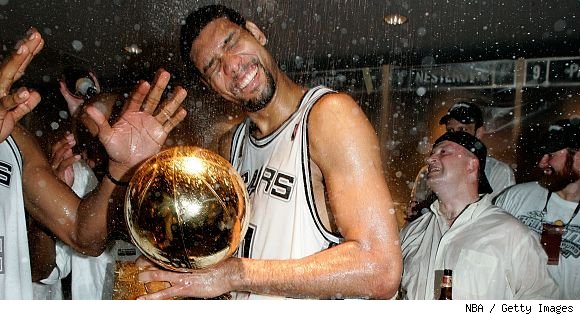 Duncan experienced the first championship drought of his career during the height of the Shaq-Kobe Laker dynasty. But then 2003 happened and he averaged 23.3 points, 12.9 rebounds, 3.9 assists, and 2.9 blocks PER GAME. That's absurd. He obviously made All-NBA and All-Defensive First teams and won his second Most Valuable Player Award. This was his last season with Robinson (who at 37 was ready to retire). He might have been on his last legs, but they still managed to win a second championship. Just so everyone remembers, he now has as many rings as he does MVPs and finals MVPs.

Over the next four years, the Spurs would win two more championships thanks to another pair of foreigners: Manu Ginobili and Tony Parker. It should be noted that Parker really took his game to another level when he won the 2007 Finals MVP and broke up with Eva Longoria.

Can't blame him for being distracted previously

Sorry, I got a little off topic there. Back to Tim Duncan. He recently got divorced and went back to the Finals after not getting over the hump since his 2007 run. 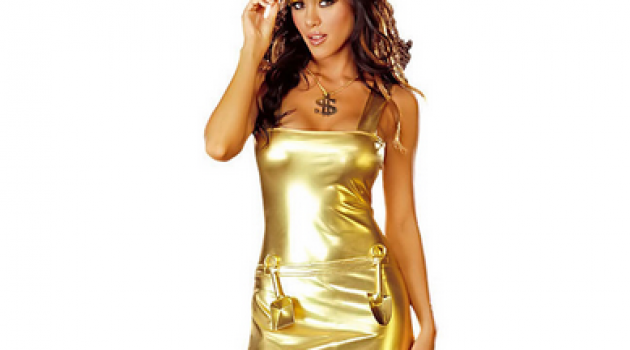 Do you want to know who the Spurs beat in '07? LeBron's Cavaliers. They started the tradition of LeBron losing in the Finals, until, y'know, he won the last two seasons. But now it's Round 3: Duncan vs. James, Return of the Popovich. Will Duncan capture his fifth ring at age 38? If he does, it will be more impressive than Kobe's level of play during his rape trial. Why? Because he's so old. In 2011, Duncan got a night off and was officially listed as "DNP-OLD" for the first time, and now that's not even an unusual thing for him.

He's so old that he's the league's active career leader in rebounds by default. He's scored more points for the Spurs than anyone else in its history. These are stats that take 17 years to create, the high school senior of statistics (pretty shitty now but once they graduate college they'll probably do something beneficial to society).

If he plays his cards right (and Pop doesn't sit him during key defensive possessions allowing Ray Allen to hit backbreaking three's), he might be able to win one last ring and ride off into the sunset, never having to speak to anyone in the media again. That's the dream gentlemen. Five rings between ages 24 and 38 and never winning fewer than 50 games except for the one season there were only 66.

SCORE
The Score: A Fantasy League of Ice and Fire Rookie Watch
Smigoversen
Scrooge
I heard Tim Duncan's cock is too huge to just tape down during games; he needs a team of 4 dick specialists to wind it up like a firehose.
hodor
hodor
Dudes