Although the name "Jack Johnson" has been popularized lately by the singer-songwriter-surfer whose acoustic guitar musings make the world go around, it (believe it or not) has actually been around for at least 150 years, and maybe more. One such man with that name (other than the headliner of last year's Bonnaroo Music Festival of course) was the Galveston Giant.

Born in 1878 as the third child of nine to two former slaves in Galveston, Texas, John Arthur "Jack" Johnson was actually kind of a pussy as a child. He was considered frail, his younger sisters protected him from fights, and he worked for a local milk man who paid him in, among other things, socks. That last thing doesn't really have anything to do with him being a weak child, I just think that's a weird way to pay someone. Why not just give him the cash equivalent of a pair socks, rather than going out and buying the socks? I was unable to reach Johnson or the milk man for comment, so it seems like we'll never know.

A twelve-year-old Johnson finally nutted up when a boy punched him in the face, and either his mother or grandmother (sources differ—so probably both) told him, "Arthur if you do not whip Willie, I shall whip you." Note here that Arthur is his middle name; his mother and grandmother weren't further admonishing him for being a little bitch by calling him a stupid name. Johnson won the fight, and decided then and there that Badass would be his new middle name.

Around the age of 15, Johnson changed his occupation from sock collector to hobo drifter and began making his way around the country. Over the next five years he found varying degrees of employment as a dock worker, carriage painter, a horse exerciser, a janitor, a prisoner, and finally, a fighter. It was during this time that he won his first prize fight, with a cash prize of one dollar and fifty cents, enough to buy him a guitar and a surfboard. 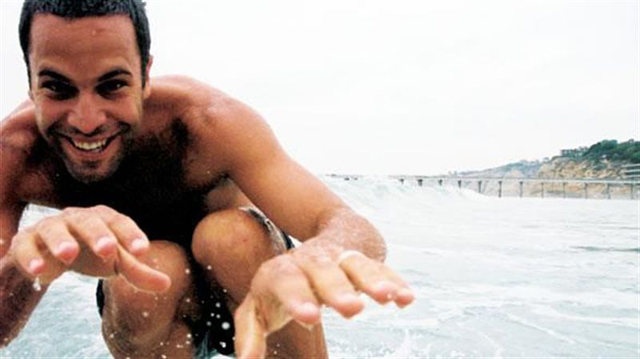 In 1898, at age 20, Johnson won the Texas State Middleweight Title in his first ever professional fight. "Rising quickly," his third fight was against an African American heavyweight known as "The Black Hercules," which is a Dudefest-approved Epic Nickname. Johnson, of course, won. A few years later, in 1901, he fought "Chrysanthemum Joe" Choynski, also known as "The California Terror" and confusingly, "Little Joe." Choynski told him, "A man who can move like you should never have to take a punch," which must have had a big effect, as Johnson later heralded him as the biggest influence on his boxing success. Presumably he helped train Johnson or something besides a one sentence quip, but Wikipedia was kind of vague. 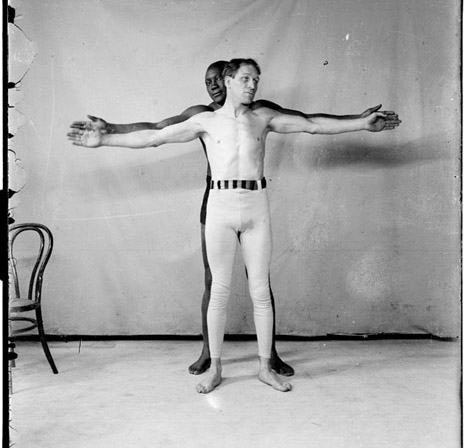 He's also responsible for this photo with Johnson, which words cannot describe. Are they in a Turkish prison?

Johnson continued to rise through the boxing ranks, losing very few times, culminating in his 1903 defeat of "Denver Ed" Martin to claim the title of World Colored Heavyweight Champion. Johnson defended the title 17 times, holding it for almost six years. So who successfully challenged and beat Johnson to claim the title? No one, actually. He only lost it because the title was vacated when he claimed the Heavyweight Champion of the World title. The Whiteys didn't want him to have both titles.

Before Johnson, the World Heavyweight Championship was off limits to black boxers. Yet his fists of fury had no limits, and he did everything in his power to get a chance to fight the reigning World Heavyweight Championship. To try to fight James J. Jeffries, he sent him repeated requests, even fighting and KO'ing Jeffries's brother Jack (this family loved the J names) to get a rise out of Jeffries. When Jeffries retired, and Tommy Burns claimed the title, Jackson followed Burns around the world for two years, taunting him in the press, and threatening his children [citation needed]. Burns eventually conceded, and Johnson won, becoming the first African-American Heavyweight Champion of the World.

With Johnson's victory came a great deal of press for Johnson and boxing in general. The white press decided to give all white people a bad name and call for a "Great White Hope" to take the title away from Johnson, and as Johnson continued to defend the title, people only became more racist. Eventually, James J. Jeffries, after reportedly being offered $120,000 (which is like two billion dollars today), decided to come out of his six year retirement, lose 100 pounds, and put his alfalfa farming on hold to defeat Johnson for his fellow white people in a fight billed the "Fight of the Century," held in Reno, Nevada on July 4, 1910. 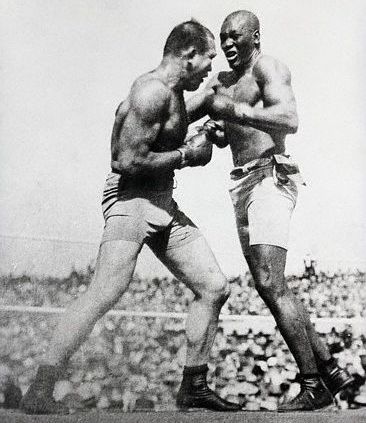 Pictured: An old balding guy fighting Jack Johnson in his prime. Who will win!?!?!?

Obviously Johnson won. Handily. So handily that Jeffries said, "I could never have whipped Johnson at my best. I couldn't have hit him. No, I couldn't have reached him in 1,000 years." Johnson won $65,000 ($1.5 million today), and with the money and title came the now-typical but then-new erratic celebrity athlete behavior. Highlights of this behavior include:

After a six and a half year reign on the title, Johnson lost it to Jess Willard, who you all may know as that dude Jack Dempsey beat the living shit out of. After that loss, it was eleven years before he lost again, meaning that he lost once in 21 years from 1905 to 1926. After 1926, however, Johnson's career declined, until he eventually retired from professional boxing in 1938. Wait, but he was born in 1878... That's right, he retired from boxing at 60. There are a fair number of golfers who couldn't even make it to 60.

Johnson's legacy, even to this day, is astounding. Footage of the "Fight of the Century" resides in the National Film Registry. Miles Davis recorded an album as a tribute to him. Muhammad Ali considered Johnson his primary influence. British troops in WWI referred to German heavy artillery shells as "Jack Johnsons." Lastly, and most importantly, Darth Vader played him in a movie. Our hats are always off to you, Mr. Johnson. Thank you for living. And punching people in the face.

SCORE
The Score: A Fantasy League of Ice and Fire Rookie Watch
Smigoversen
Lady Pants
Sploosh
gravytrain
heard somewhere that he was a pimp but i have no idea if that was true. history will tell.
Dudes