Full Of It, If "It" Means "Funny Jokes"
DUDEFEST DOZENS

So the World Cup is over, and you don’t know what to do with yourself. You got really into soccer for a few weeks, but now you’ve got what they call a “Football Hangover”, and not the good kind. Luckily, we here at Dudefest.com have been compiling a list of things you can spend your time on now that the World Cup is (finally) over.

We will find any excuse to use this .gif

Hey, you got excited for it once, maybe watching all of the games again will recapture the magic. It works when you rewatch Breaking Bad -- who says it won’t work for this?

9. Watch the other World Cup sports

Turns out, there are World Cups for just about everything. You’ll still have to wait a while for some of them, because sports have seasons for some dumb reason. If you can't hold out until winter for the skiing ones, we bet you can find one of the million others that’s going on right now. It’s probably Cricket season, right? It seems like those weird European sports go on all year round.

Apparently this is what soccer fans watch when the World Cup isn’t going on. But there are a million different leagues in a million different countries, and dudes can play for any team regardless of what country they’re from. That doesn’t seem like the best way for America to beat smaller countries at a sport they care about way more than us, so I'm not sure what the point is. 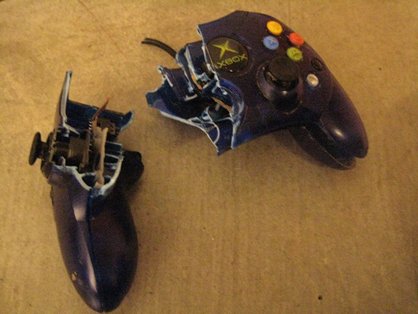 A sport for gentlemen

A world competition in the game of football. Sounds just like that other thing, right? This has the added bonus of being the kind of football we’re actually familiar with, so we don’t have to google stuff on our phone at the bar during the games to understand what’s going on. While it being American football is a benefit, it loses a lot by being not as much of a “competition” as “everyone else playing for second place." But since they’re playing for second place against America because we win all the time (and by a lot), it’s great. U! S! A! U! S! A!

4. Rewatch all of the USMNT’s Victories in World Cup History 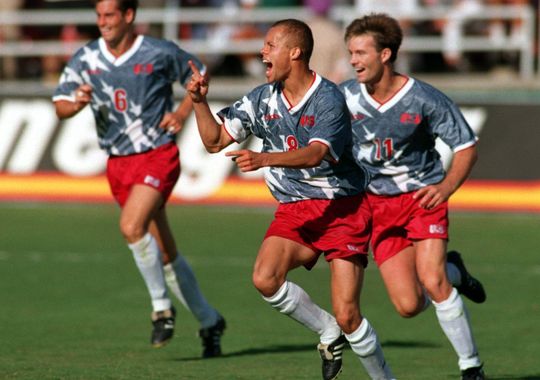 You'll get to relive these jerseys again! ...only once, though.

More patriotic and nostalgic than watching THE PATRIOT. And since patriotism and nostalgia is the recipe for a Buzzfeed article that gets a hundred million views, maybe you'll be as popular. You’d be able to knock this out pretty quickly, though. Even if you spread it out by only watching one game a day, you’d still finish in… eight days? Damn, we’re shitty.

Those guys on TV make it look really easy. If nobody can use their hands, everybody’s pretty much even, right? It’s not like you can get good at using your feet. So find a pickup group or a club team or something to play soccer with, and it can be the World Cup all the time for you!

Hey, let’s be honest -- soccer is a fringe sport in the US. In the four major sports here, there is no doubt that the best players on the planet all come to our leagues. And technically the NHL is our league, even though it was started by those communists up north. We stole it and it’s ours now, so fuck you Canada. You know what’s begging to become really popular now? Slamball. Start watching Slamball, and maybe in four years everyone will be going apeshit over the US Men’s National Slamball Team. #USMNST #IBelieveThatWeWillSLAM

How America feels about its "Major League" soccer

There’s a reason the entry above mentions the four major sports, and the MLS ain’t one of them. Like I said, the best players from all over the world come here to play in those sports. The MLS? Not so much. A professional soccer player in the MLS is like a basketball player in the Turkish professional league. Sure, maybe they pay pretty well, but you definitely can’t consider yourself a “world champion” if you win.

So there you have it. In order to recapture World Cup fever, you can choose one of the above alternatives. Or just wait until 2018 and watch the games alone at 3 AM because it’s in fucking Russia.

Pat Holland didn't even watch the World Cup this year. Don't try to email him.

SCORE
The Score: A Fantasy League of Ice and Fire Rookie Watch
Smigoversen
daniel321
I don't even know how yo managed to write a column, you are so dumb.
thebigd
I have no absolutely no idea what that sentence means. Are you referring to Yo-Yo Ma? Because he didn't write this article.
Hot Carl
i had no idea that the world cup was over until i read this article good to know i guess
Dozens