"That's Hilarious," Said Every Reader Ever
MUSINGS FROM OUR CHEAPSKATE BEER SNOB

Heineken is a really shitty beer that is inexplicably extremely popular. Skunked Ale is the best description of what kind of "beer" we're dealing with. For a long time, Heineken served one purpose: identifying people you don't want to spend any time around. They planted several clues for the astute people-at-a-party watcher to pick up on.

Through no conscious effort, every dude has a rough idea of what most macrobrew beer bottles look like. You generally don't want to be associated with any of them (notable exception: Yuengling). When I think of green bottles, I'm thinking Heineken, Rolling Rock, Dos Equis (too pretentious for a Cerveza - real cerveza has a 50-50 chance of enacting Montezuma's Revenge and Dos Equis isn't even an import), and shitty foreign beers like Peroni and Grolsch. If you see a green bottle, you could be dealing with any kind of crazy person (or they're drinking Yuengling and you should get to know them). Thankfully, Heineken had another way to get you to set itself apart.

People who like Heineken are loud, obnoxious bros that are feeling fancy that night (somehow Heineken is more expensive than other beers). These are the types of guys who buy big, loud cars to overcompensate for their tiny dongers. Heineken bottles are small and misshapen. Just like their tiny dongers.

While the Heineken guys did you a solid by helping you pick their bottles out of a crowd, they still want to screw you by having Heineken hide in plain sight. How? Aluminum cans. Not just the usual 12 ouncers either. They have pounders too. They'll even try to trick you into thinking rock stars like it with their radical can designs. 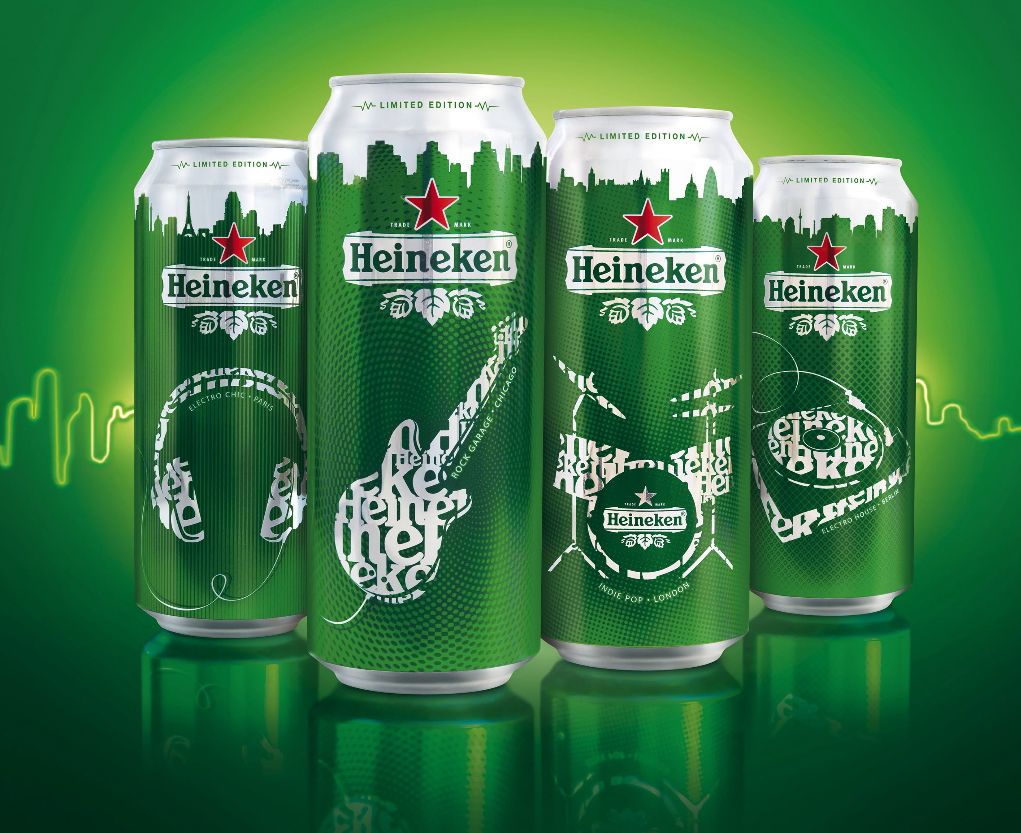 In my opinion, they couldn't do anything worse than that. Until I saw a sign on the Subway platform the other day, proclaiming the imminent arrival of an 8.5 oz can. I've never had that little beer before having to get up for more in my entire life. And they have the gal to advertise with the slogan "Less Is Cooler". This is the same bullshit logic the candy industry used to sell "Fun Size" to us. 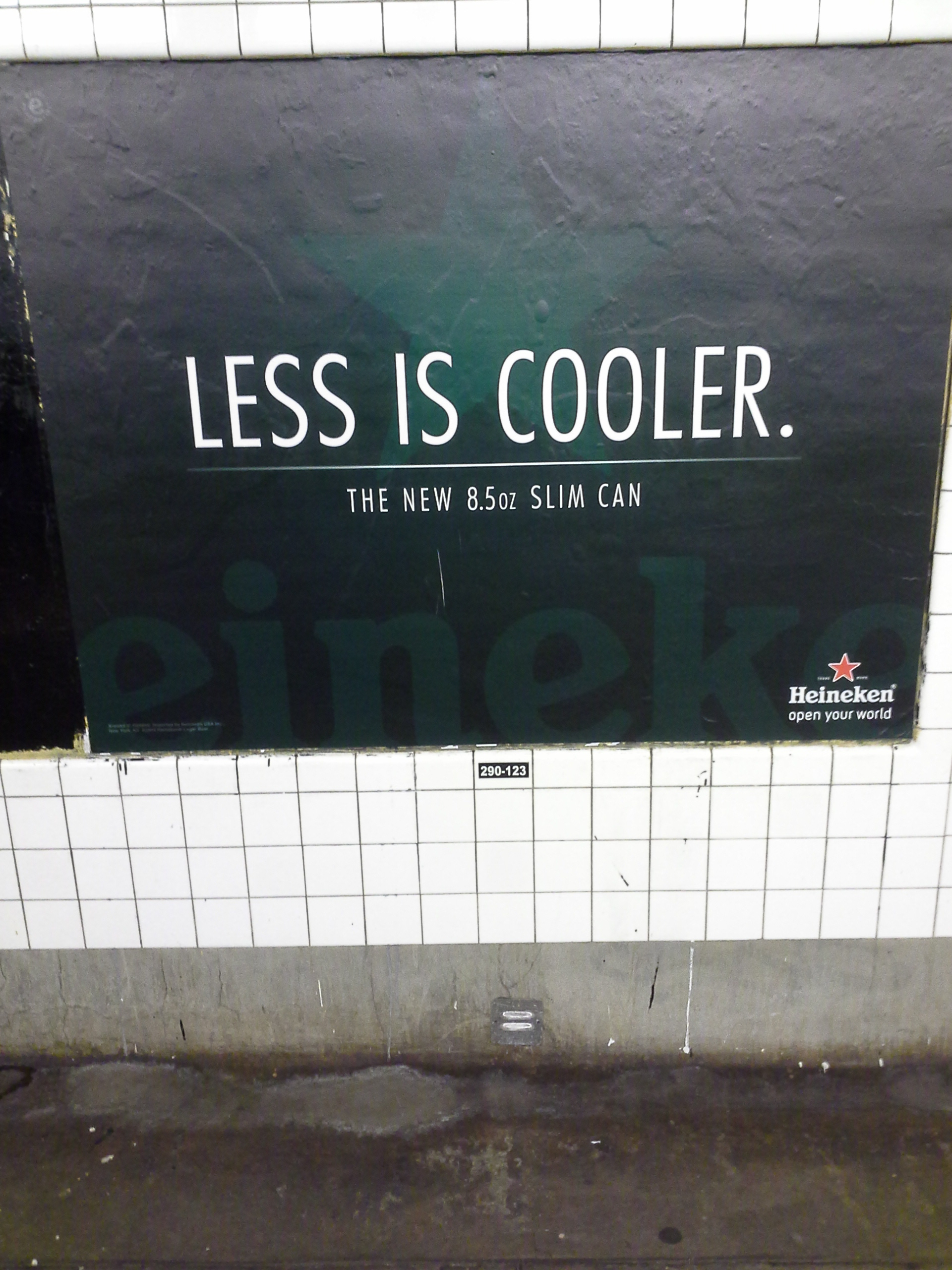 There is only one potential benefit for making a can of beer this size. 8.5 ounces is the exact size of a Red Bull. You could totally pretend to be to be drinking Liquid Crack instead of Liquid Poop. Well, almost. You can't actually because the Heineken cans are fucking green. There's not a single person who hasn't wanted to stab those cartoon people from the Red Bull commercials at some point in their life. And you don't get to that point if you can't recognize a Red Bull can by sight. And even colorblind people know that Red Bulls aren't green. It's called RED Bull. As in, making the can green would be super confusing, even around Christmas. The "brewers" of Heineken couldn't even get this right. People buy drinks that come in silver cans (even if its a Mountain Brew Ice).

The appropriate response to this atrocity is a complete boycott of all Dutch things: don't drink Heineken, don't drink Heineken Light, get your legal weed in Colorado instead of Amsterdam, don't even play against the Netherlands in FIFA, don't beg your girlfriend for a Dutch rudder, don't split a bill evenly, don't go shopping for handmade furniture in Lancaster, Pennsylvania, don't participate in any Dutch auctions, and especially don't talk to Pat Holland.

Together we can make a difference.