Getting Better All The Time
DUDEFEST ALWAYS KNOWS THE SCORE

You might have noticed that football season is about to start because of all the random emails about joining fanasy leagues with people you either don't know or hate. Even if you watch ESPN regularly, this is a far better indicator of when Week 1 starts because your league invitations reaches criticlal mass and your mailbox rejects all other incoming messages. You've watched as little of the preseason as possible because you want to maintain your optimism about the new season for as long as possible. And since every team manages to suck in the preseason, you're only going to make yourself feel like shit by paying attention to it. You will definitely feel like shit if you hyper-fixate on it and then make all of your fantasy football decisions based off of that information... 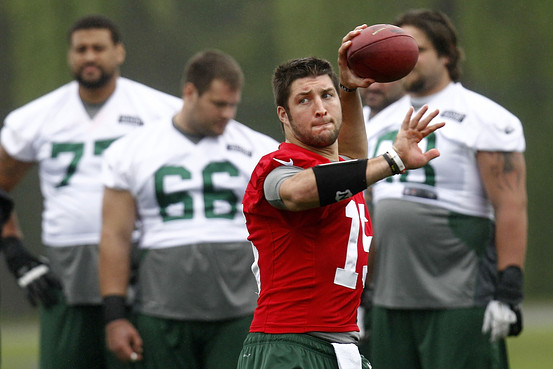 Excuse me sir, you dropped this Great White Hype

Something you might not know is that there are actually 32 teams in the NFL. That means there are 16 games each week. And statistically 12 of them are going to be garbage because either both teams suck or one team is way better than the other. But just because the score will be ridiculously lopsided doesn't mean a game isn't worth watching. Let's take a look at the games you should watch.

Why? Because there's only one game on this Thursday. And both of these teams SHOULD be good (according to all of the "experts"). The Green Bay Packers have a perennially elite offense because they have Aaron Rodgers. It would still be elite without Jordy Nelson and Randall Cobb. But Rodgers gets to throw it to those guys, thus making this offense absurdly potent. On the other side of the coin is the Seattle Legion of Boom... 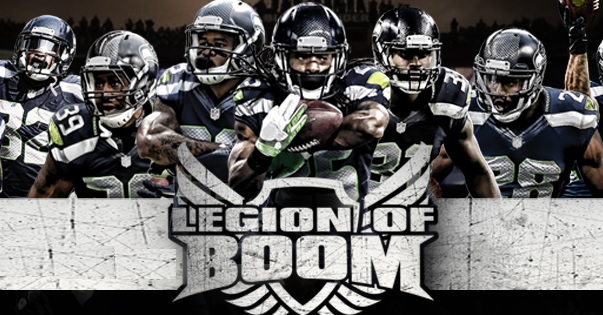 Peyton has night terrors about these guys

If your team has a nickname for its secondary in this new, "pass happy", everyone-better-than-blaine-gabbert-throws-for-more-than-4,000-yards league, they have something special going. For Seattle it's remarkable luck with getting away with rampant PED use. It's not that they don't get caught, it's that they don't ALL get caught. Every week. Who knows what will happen when a great offense matches up against a merciless defense. 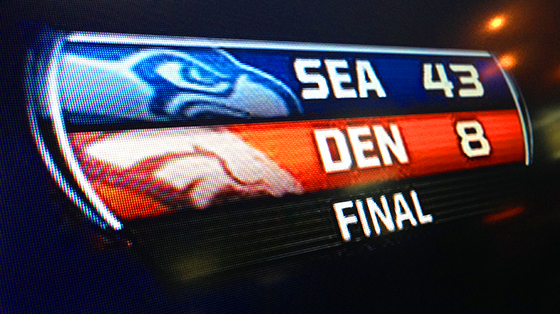 What this game will come down to is: will the Seattle front 7 be able to contain Fat Eddy Lacy who is poised to play a huge role in the Packers O this year, or will Marshawn Lynch and Percy Harvin demolish a sub-par Packers D en route to an easy victory at home to start the season?

Dudefest's Prediction: Seattle wins the turnover battle and has enough success in the air to win by a touchdown.

This will be a shoot-out. One of the most pass-happy offenses against Robert Alford, Josh Wilson, William Moore, Dwight Lowery, and Desmond Trufant. If you are wondering who those five people are, that's the Atlanta secondary that you've never heard of. New Orleans has made a big deal about how good their defense will be this year after last year's unit improved after Rob Ryan took over as Defensive Coordinator. Some people are picking them to represent the NFC in the Super Bowl. 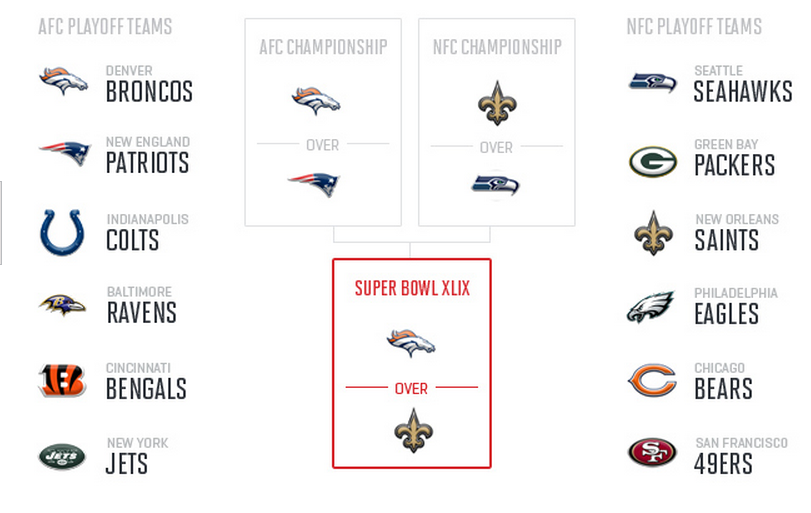 ​Specifically the people who created this graphic

But one thing they are ignoring is that over the last five years the Saints are 55-25. Of those 55 wins, but 31 of those were at home. On the road, this is a different team and went 24-16 in hostile stadiums. Wait, that's still really good. Nevermind, I think the Saints have this one locked down.

Dudefest Prediction: Drew Brees makes the Falcons D look like a high school squad while also managing to infuriate everyone who owns a Saints WR on their fantasy team by throwing for 400 yards but no receiver gains more than 60 receiving yards and Mark Ingram goes off for 30 points on some asshole's bench who didn't bother to play him because he's Mark Ingram. Which is great logic, 16 weeks a year.

This is an interesting match-up because a key component of Denver's strength is suspended the first four games of the season, and so is the only good part of Indianapolis's greatest weakness. Wes Welker and Robert Mathis were both suspended for violating the Performance Enhancing Drug policy. Wes Welker did Molly cut with amphetamines "when someone slipped it in his drink at the Kentucky Derby" and Mathis was "trying to get his wife pregnant so he took a fertility drug that just so happens to enhance other kinds of performance, specifically sports". 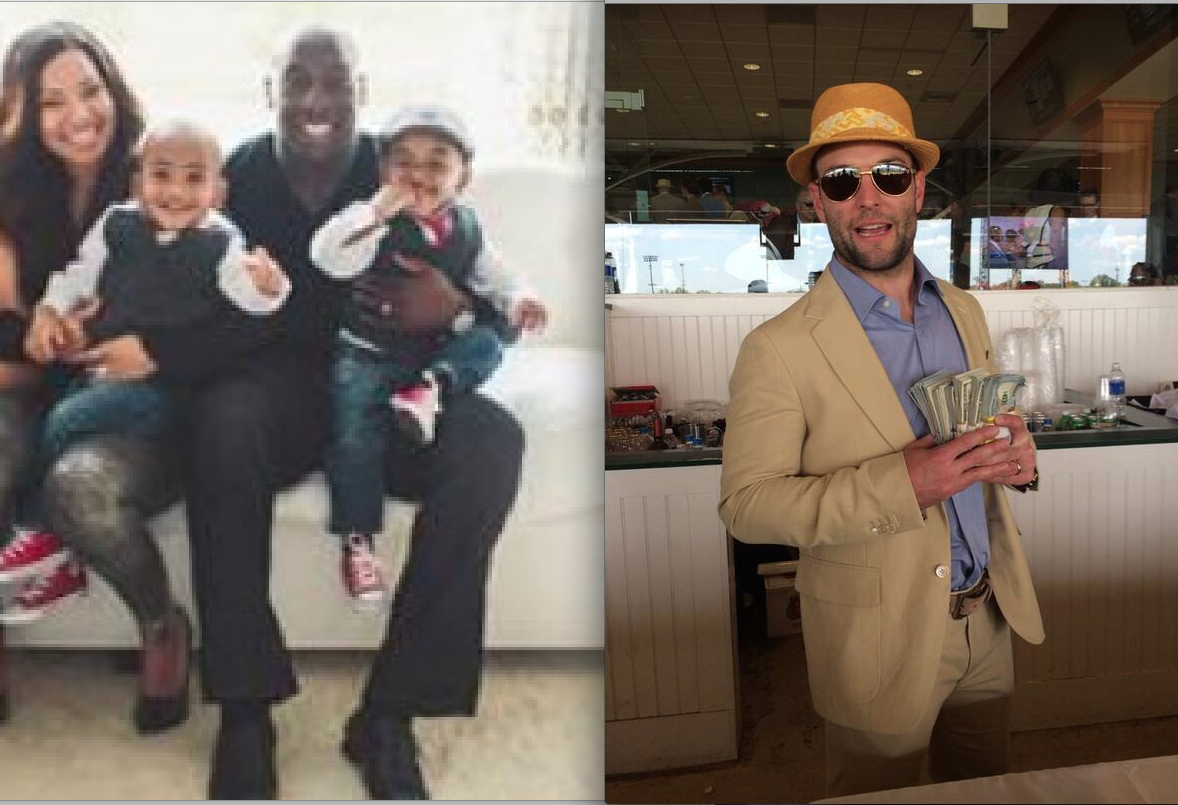 Mathis looks like a family man, and Welker looks like he is rolling face. Adds up to me.

One of these suspensions will be much more detrmental to their team's success than the other. Robert Mathis has doomed his team to an 0-1 start because there are more capable defensive backs on the Indianapolis WMBA team than the Colts without him. The Broncos still have Demaryus Thomas and Julius Thomas and other receivers whose last names aren't Thomas that are good enough.

Dudefest Prediction: Andrew Luck is amazing. But he's not good enough to overcome this deficit. Not yet anyway, Peyton gets revenge in his second home-coming game and definitely takes a huge shit in the visisting lockerroom shower on his way out.

They saved the best for last this week. Not because these are particularly amazing teams, but because both of these teams are due for a regression back to the mean after overachieving last season.

Philip Rivers and the Chargers Offense came back to life in a big way after an abysmal season in 2012. Lots of folks are saying they're trending upwards. I counter that argument with the fact that they signed Donald Brown to a 10.5 million dollar contract. That is proof enough that this front office is not on the right track considering they already had Ryan Matthews and Danny Woodhead on the roster. That money should have been spent on shoring up a defense that was 31st against the pass last season. There's lots of hype here, but I smell something fishy in the city of incognito homeless people.

And the Cardinals really maxed out the talent of a shit roster. They are starting Carson Palmer at Quarterback, again. 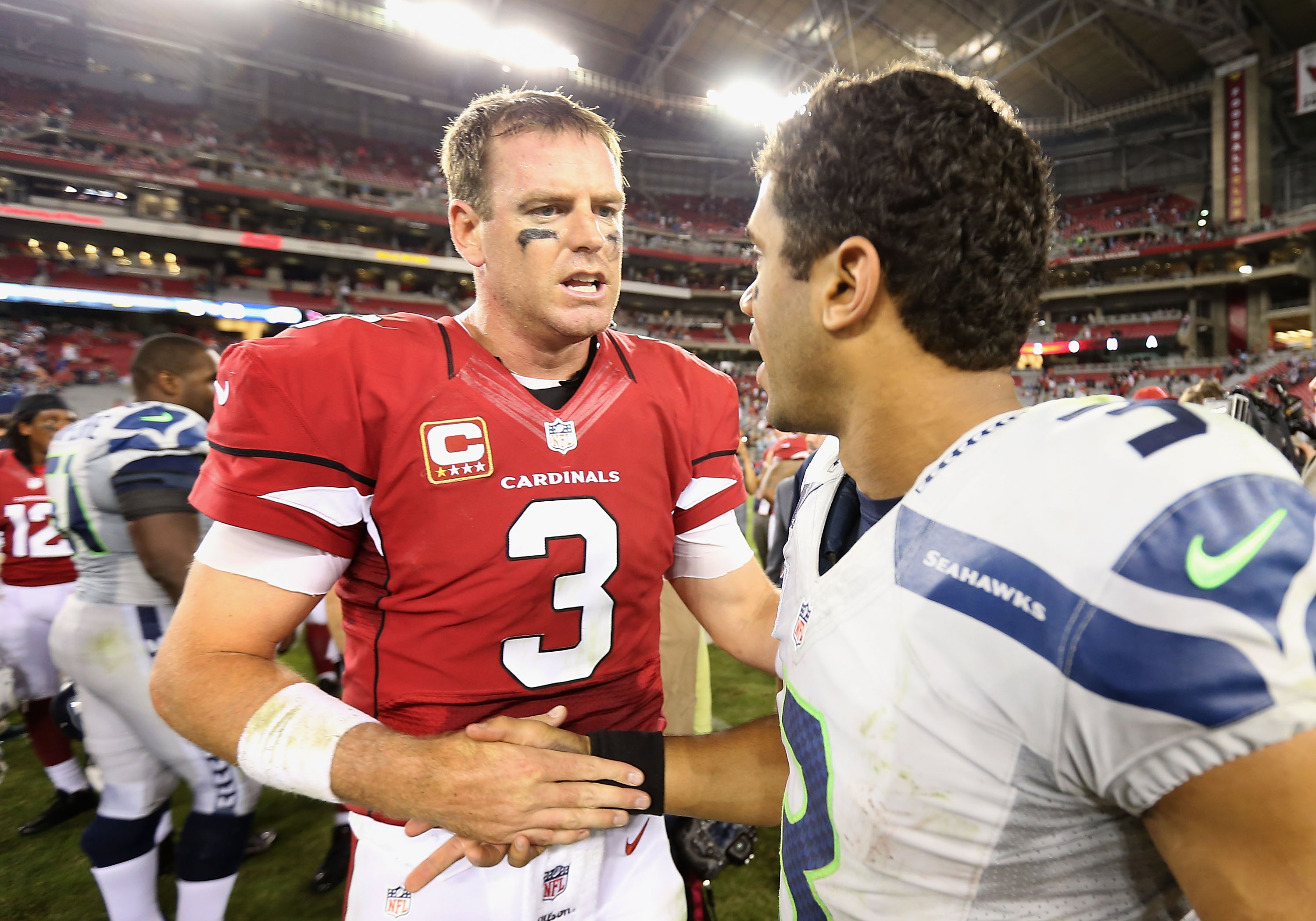 Sure Andre Ellington is great. But as far as we know he was only motivated to be amazing by how "Nickelback-esque" Benjarvus Green-Ellis was. Watching him rush for less than 2 yards thirteen times a game would drive any semi-decent player into overdrive to compensate for how shitty that is. What happens when that vile piece of shit runningback gets cut? I'm guessing Ellington's per carry average goes down a little bit, except not this week. Because like I said earlier, this San Diego defense is so shitty a high schooler could walk onto the team and get goal-line work.

Dudefest Prediction: The Chargers' D thinks they're playing OK because the Chargers O is playing well. It's an even game until the half when Ellington goes nuts and Larry Fitzgerald gets thrown the ball a few times.