We Just Licked Your Elbow
THAT'S JUST, LIKE, YOUR OPINION, MAN 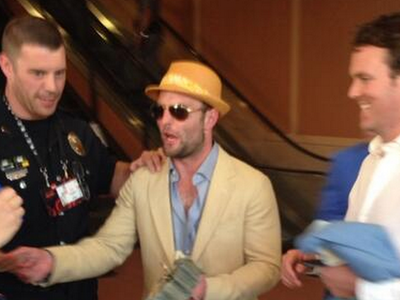 You might have heard that Wes Welker, a wide receiver for the Denver Broncos, has been suspended for 4 games because he violated the league's Performance Enhancing Drugs Policy. Specifically for amphetamines. Specifically-er for amphetamines that had been used to cut a dose of Molly, a.k.a. MDMA a.k.a. that powder that turns occasional coke-users into even bigger douchebags than normal.

Welker says someone dosed his drink while he was at the Kentucky Derby. Half of that sentence is definitely true. Specifically the "dosed" and "at the Kentucky Derby" because in hindsight, he was obviously rolling face when he was handing out hundies after winning big. Let's look at the facts: 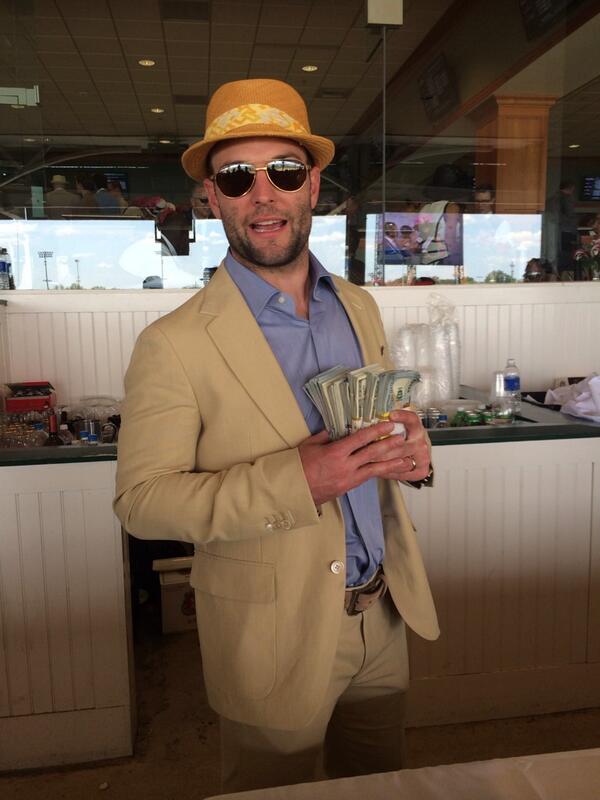 From the plantation owner collection, stack of cash not included

Look at this outfit. Just look at it. This is the a quintessential Kentucky Derby outfit. Douchey hat, collar open to the fourth button, and an oddly colored blazer. This outfit is on one end of the douchebag's wardrobe optons. The opposite end of that spectrum looks a little something like this: 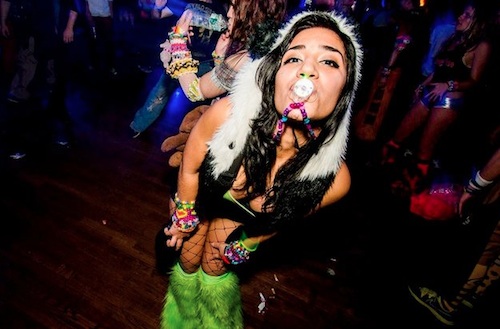 If I were to look up "Worst Person to Spend TIme With" this picture would be in the margin. Y'see, everyone who consumes ecstasy - regardless of how they behave the rest of the time - turn into complete and utter douchenozzles.

Except for Wes Welker apparently. He decided to not be the most selfish asshole in the room and started throwin $100 dollar bills at strangers inside a clubhouse that probalby cost more than $100 to enter. Most people who are rolling would respond to winning their Kentucky Derby by drinking your entire glass of water and saying how much they love you while walking away.

What I'm trying to say is that Wes Welker is a fucking hero. Also it's reasonable to believe that he doesn't remember any of this because of his two diagnosed concussions last season to go along with one during the preseason. Either way, you should join the #FREEWELKER Movement. And hope that when he is freed, there is a major gambling event for him to win, take molly, and hand out his winnings to other strangers. Then he gets busted for violating the PED policy again and destroys the Broncos hopes at redemption in the Super Bowl. If that sounds harsh, I should admit that I'm a Giants fan and want Eli to have more rings than both of his brothers combined (which is the same thing as having more rings as just Peyton because Cooper never played in the NFL).

Did you know that one of the symptoms of an MDMA overdose is double commenting?
Jimmy Fraturday

I looked almost identical when I went to the Belmont!
Jimmy Fraturday

I looked almost identical when I went to the Belmont!
Opinion