If You're Looking For Cams.com, You've Come To The Wrong Place
DUDEFEST ALWAYS KNOWS THE SCORE

If you read Dudefest.com’s NFL Week 1 Preview, you might have noticed that I incorrectly guessed the outcome of all of the games. Technically I was correct that the Seahawks would beat the Packers and that the Colts Quarterback-of-the-Future would lose to the Colts Quarterback-of-the-Past. But my more specific predictions weren’t “accurate” per se. But hey, if most psychics could nail 2 out of 4 predictions without getting any minor details correct they would have their own TV show hunting ghosts or some shit. What I’m trying to say is ESPN should replace Stephen A and Skip Bayless with Fraturday and I. And move the set to a bar that way our arguments can be super rational and well thought-out thanks the miracle that alcohol works on the human brain.

Anyway, there are just as many games this week as last week and there will be just as many that won’t be interesting at all. Let’s take a look at the games that I’ll be watching this Thursday/Sunday/Monday.

If I have to watch the Thursday game, I want it to be a rivalry. There aren’t many rivalries better than the Steelers and Ravens in the NFL. Two teams with historically great defenses, solid running backs, and Super Bowl-winning quarterbacks with just enough flaws to prevent them from being elite. Except this time around none of that is true. These are two teams with paper-dragon defenses (Troy Polamalu’s hair is stronger than it’s ever been thanks to Head and Shoulders, but the rest of his body is way past it’s physical prime), horrific run games (remember when Bernard Pierce was a fantasy sleeper, like two weeks ago when you held your draft?), and Super Bowl-winning quarterbacks with just enough flaws to keep them from being above-average.

The only reason to watch this game is if you’ve invented a drinking game revolving around how many times the color commentary mentions the Ray Rice scandal and what a genius Dick LeBeau is even though he hasn’t fielded an intimidating unit in what feels like 9 seasons but is actually closer to 4 (the 24 hour sports talk news cycle has made everything feel so much longer).

It doesn’t matter who wins this game, everyone who watches it will have lost.

When was the last time you thought it was possible that Adrian Peterson wouldn’t have the most total yards in a Vikings game? How about just rushing yards? Amazingly, Cordarelle Patterson, he of the ESPN Fantasy hype train himself, managed to tally 128 total yards with 102 of them coming on the ground. This sounds like an anomaly just because Patterson is technically a wide receiver. Yet he only caught three passes for 26 yards.

This was his third straight game with a run longer than 35 yards (last week's was much longer). That doesn’t sound sustainable, especially against a much improved Patriots defense that has both Jerod Mayo and Vince Wilfork back from their various ailments last season. With Darrelle Revis covering Greg Jennings, Patterson is going to have to catch a few more balls than normal if he wants to continue to be effective.

On the other hand, we have Tom Brady reunited with his favorite Gronkowski brother. 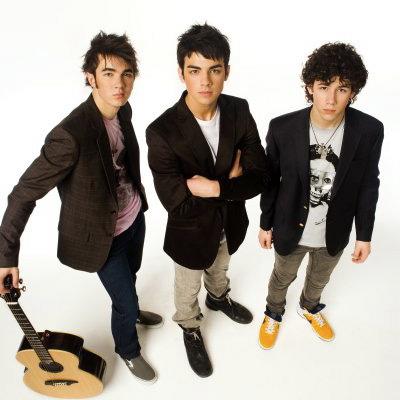 Rob is the one with the shitty haircut

In 41 regular season games, Gronkowski has scored 33 touchdowns. That’s a trend that sounds sustainable, especially against this dumpster fire of a secondary that drew a cake match-up against St. Louis last week. That’s not going to be the case with Julian Edelman in the slot, Shane Vereen’s solid pass-catching and between the tackles rushing along with Kenbrell Thompkins/Danny Amendola’s popsicle-stick knees/Aaron Dobson picking up whatever’s leftover.

This game will be exceptionally demoralizing for Minnesota fans, I wouldn’t be surprised if Brady goes off for four TDs. Their only chance at staying in this game is if “excellent Offensive Coordinator” Norv Turner actually turns 2014 Adrian Peterson into a combination of 2012 Adrian Peterson and 2013 Reggie Bush.

Did you see this last week?

Now imagine what will happen when the Bears front 7 has to face off against a running back who is actually good. Frank Gore is a beast still even though the media tries to write him off year-after-year. This will be a big week for him provided the Niners secondary doesn’t let Alshon Jeffrey do Alshon Jeffrey things. Y’know, these things...

Chicago coach Marc Trestman has clearly earned his reputation as a Quarterback whisperer, just ask Bucs fans about how Josh McCown looks without him.

The Niners have a lot of defensive talent on their roster, unfortunately a good chunk of that talent is injured or suspended. And not a lot of it is in the secondary. If Jay Cutler can go off, Colin Kaepernick will have to put the team on his enormous shoulders and take advantage of the dumpster fire that is affectionately known as the Bears defense. I think the Giants would look good playing against them, and they are truly terrible right now.

This game comes down to which WR/RB pair has the better game: Alshon Jeffrey and Matt Forte or Michael Crabtree and Frank Gore. My money is on the 49ers because Kaepernick is the better quarterback and has a better offensive line. I would say the Bears have a shot if they can keep the run game from getting going, but there is a better chance of me making an NFL roster than them containing the run even if Kaepernick spends the entire game inside the pocket.

This game will feature two very high powered offenses that like to run the ball. The key differences between the two run games is that Philly’s is actually good. The duo of Shady McCoy and Darren Sproles will flourish against an Indy defense that is not very good. The Eagles have a really solid run-defense that will render the already useless Trend Richardson useless-er.

Indy’s under-utilized advantage is Andrew Luck. When he isn’t auditioning for a cameo in FANTASTIC BEASTS AND WHERE TO FIND THEM, he is busy being the best young quarterback in the league. They’re playing at Indy, which means a dome. Which means Luck can throw bombs to T.Y. Hilton all day. Usually Hilton is a boom or bust proposition, he only scored 5 touchdowns last season. But all of them came on long throws and inside domes. The Eagles secondary is very burnable, so burnable they auditioned for a cameo on the final season of Burn Notice in the offseason (that show’s still on right?) and were offered a recurring role. Expect big things from him this week, unless OC Pep Hamilton decides he would rather send Richardson into the teeth of the Eagles D 30 times (something that is sadly very very possible).

My prediction for this game is that the Colts bounce back from their Week 1 loss thanks to shaky quarterbacking from Nick Foles and Andrew Luck’s crazy comeback skills (remember the Divisional Playoff game against the Chiefs last season?)