If You're Looking For Cams.com, You've Come To The Wrong Place
DICK BLAST - STUFF WE HATE

Bill Simmons FINALLY Has to Shut Up About Boogie Cousins
Smigoversen
February 20, 2017

The Sacramento Kings finally found a way to get 60 cents on the dollar for their best player since Chris Webber. DeMarcus "Boogie" Cousins was shipped off to the New Orleans Pelicans last night. That's correct, last night. They traded their first All Star since 2004! DURING the All Star Game! And they didn't even get either of the Pelicans two best players. Congratulations to Anthony Davis who's stellar night (52 points and an All Star MVP) got even better, he finally has an above average teammate! 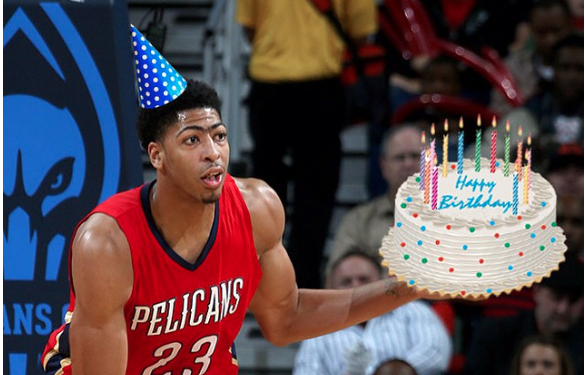 So what did New Orleans give up? Their 2017 first rounder and Philly's 2017 second rounder, Picks are great, but the Kings have shown zero aptitude for drafting in the last 10 years. Vlad Divac may be the worst GM in the league, including Phil Jackson. In addition to the picks, the Pelicans will send over Tyreke Evans (who the Kings drafted back in 2009 with the 4th pick in the first round), rookie Buddy Hield (who is only three years younger than Boogie), and reserve guard Langston Galloway (who will feel at home by being reminded of his time on the Knicks). On its own, this isn't great value for one of the most talented offensive big men in the league. To make matters worse, the Kings threw in SF Omri Casspi on top of it. This leaves Sacramento's big man rotation pretty thin, they only have four players on the roster only 4 players taller than 6'10" (and you haven't heard of at least two of them). And now they have too many guards to give meaningful minutes to (7 players are listed as shooting guards, SEVEN). Well, technically no minutes played for the Kings are meaningful (they haven't picked lower than 12th since 2008) but you know what I mean. 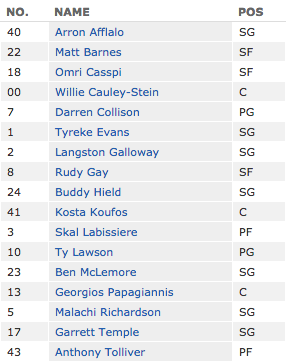 This is what having too many guards looks like 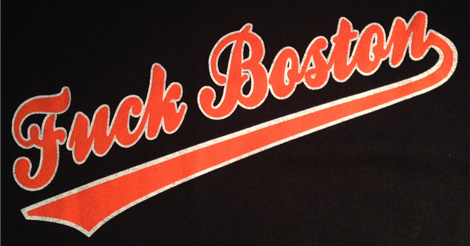 Before we start to unpack Bill's obsesion with Boogie-ing in Boston, I have to ask: "Can you still call it a column if you publish less than once every two months?" I say no, at this point in his career Simmons' writing style is best described as the transcription of a podcast. But maybe I'm not one to judge, this very website took a two year sabbatical for no reason.

Simmons was so sure that Boogie would end up in Boston because Celtics GM Danny Ainge has more draft picks than Daryl Morey after a week long bender during Las Vegas Summer League. But Ainge has proven to be a bit of a hoarder. After fleecing the Brooklyn Nets for a thousand first round picks for the decaying carcasses of Kevin Garnett and Paul Pierce, Ainge has been reluctant to pull the trigger on a big deal. After getting Garnett without giving up Rondo in 2008 and then getting more picks in return for a much older Garnett, Ainge isn't going to give up his coveted stash of picks for any old deal.

The problem with that strategy is, the closer we get to the draft the less valuable all of those picks are. Once a pick becomes a player, its value drops faster than a new car driving off the lot. With the trade deadline quickly approaching, Ainge needs to do something if he wants to truly contend for a title this season. It's very apparent that the Celtics need a rim protector to compensate for Isiah Thomas' horrific defense. Cousins is not that player, his commitment to defense is Carmelo Anthony-esque. He's not fixing that gaping hole in the roster. BUT, he would be a shot in the arm for an offense than relies entirely on a 5'9" PG to make plays for his teammates (all of whom are incapable of creating their own offense). Boogie is the best low post player in the league and gobbles up more rebounds than the Lopez twins put together. Sending Boogie to the Kings for one of their Brooklyn picks and a couple of young players (Marcus Smart or Jae Crowder?) would be huge for Boston's chances of winning the East. I'm not saying the Celtics NEED to make a trade to win their Conference, the East sucks - Kevin Love just got hurt. But if they want to compete the West, they need a little more oomph on offense.

If Boston wasn't making calls to Sacramento about Boogie why isn't Ainge on the hunt for a solution to the teams other problem (rim protection)? I'm sure Philly would be interested in getting their hands on one of the Celtics picks in this year's loaded draft. I'm sure once the deadline passes, Ainge will have a sit down interview and discuss all the trades he passed on and the Boston media will fellate him for standing pat. They'll compare him to Big Papi waiting for his pitch before hitting a home run, ignoring the fact that after the deadline there aren't any moves left to be made other than signing free agents off the scrap heap (hello Birdman!).

That's the best part of this whole story, Bill Simmons is almost never right but he totally nailed this one. Not because he's an astute basketball analyst or anything but homers, like a broken clock, are still right twice a day.