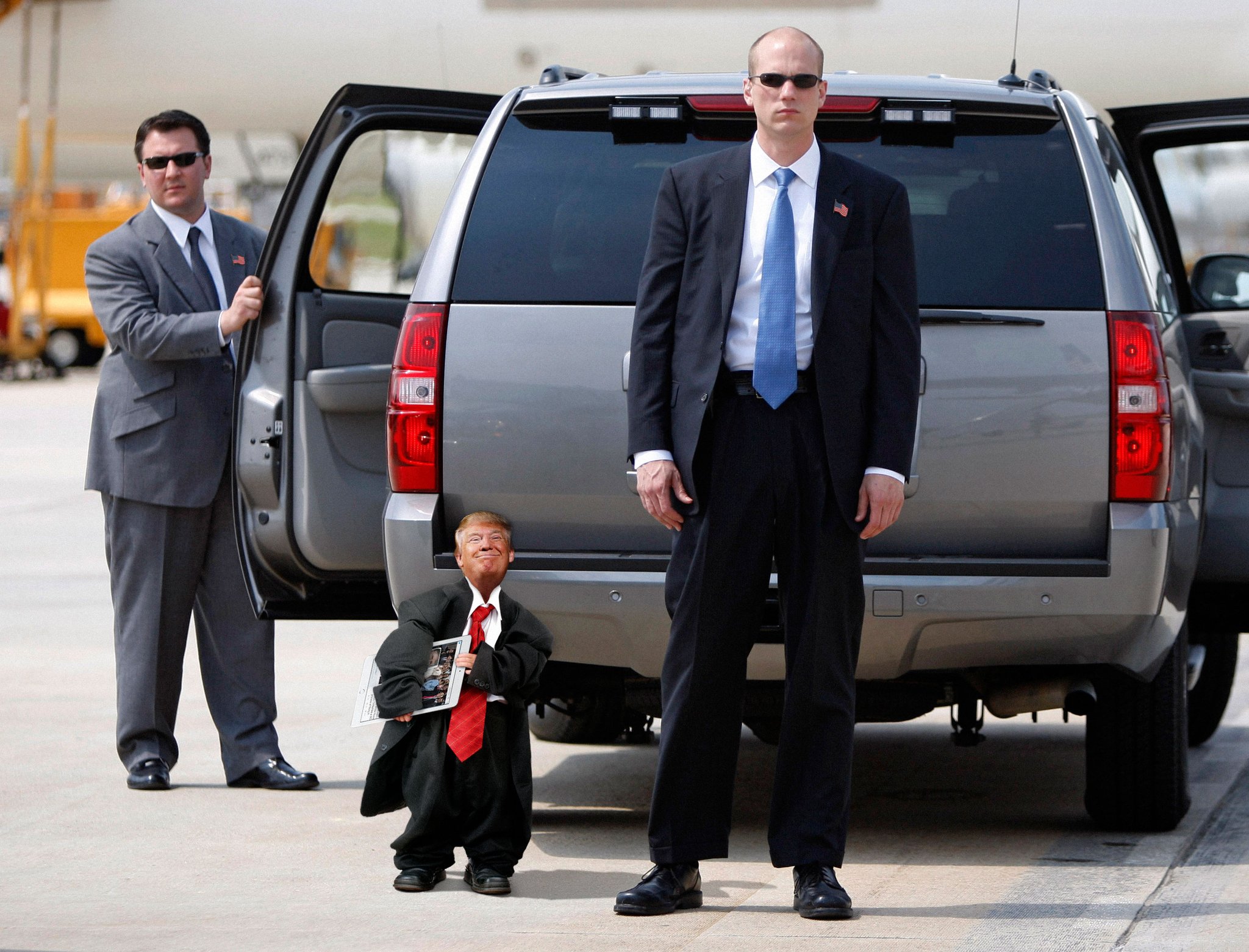 Yesterday, one of dudefest.com's co-founders tweeted me a link to a subreddit filled with pictures of 45 if his hands were proportional to the rest of his body. It won't make the fear of not knowing when he will incite a nuclear holocaust go away, but y'know he looks silly so its not all bad.

I'm not saying these two events are related, but shortly after Phil Jackson and Jeannie Buss broke up, Magic Johnson started working for the Los Angeles Lakers as President of Basketball Operations. Now the two have cleaned house like the Joker after a bank heist and Magic is the man in charge while Jim Buss and Mitch Kupchak are headed to the unemployed millionaires office.

Jackson made a statement saying that the distance between the two is the reason for the end of their engagement. That's a pretty convenient excuse if you ask me. We're talking about a couple of millionaires, they could afford regular plane rides. Jeannie probably owns several planes. I think what really happened is Jeannie and Magic are having an affair and Phil found out. 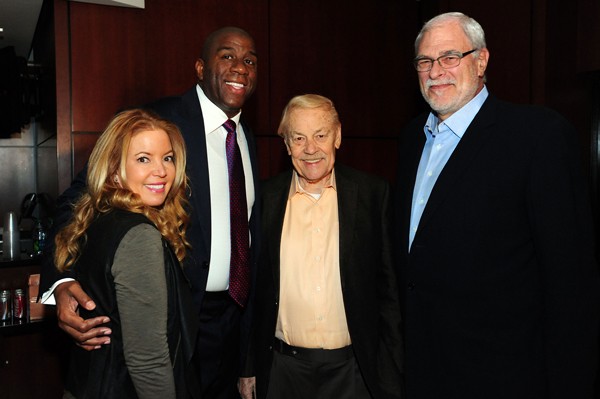 He might have known for a while, this is an old picture

Jeannie wasn't going to dump one Lakers legend if her new one wasn't going to also leae his wife. But that's where her plan hit a snag, because Magic's been playing the long game this entire time. He never had any intention of loving Jeannie, he just wanted that job in the corner office of the Staples Center.

He's been taking pot shots at Lakers management on Twitter for years, clearly this has all been a public campaign to undermine the previous management team and get his foot in the door. So when Jeannie said they need to leave their spouses, he lied and said he would. But he didn't do it, instead he blackmailed Jeannie into giving him the head job in exchange for keeping the affair quiet.

If this sounds ridiculous to you, let me remind you DeMarcus Cousins got traded for a single first round pick, an old ass rookie, and a player the Kings drafted almost 10 years ago.

"The dunk of the year!" 😱 #SCtop10 pic.twitter.com/utQoeetM9a

This kid dunked the shit out of that ball. His name is Jarrett Allen. I've never heard of him before this but after some Googling I can tell you he is a 6'11'' freshman forward for the Texas Longhorns. In 31.6 minutes per game he is averaging 13.3 points and 8.3 rebounds on 57.6% shooting, those are solid numbers! He doesn't shoot 3's and his free throw percentage is DeAndre Jordan-esque butbut if he keeps posterizing opponents I hope he makes it to the NBA.

In weird Twitter news, the President of Iceland wants to ban pineapple as a topping on pizza, sort of. According to an article in Iceland Magazine, Guðni Th. Jóhannesson paid a visit to a high school in Akureyri where he took questions from some of the students. One of those scallywags asked the President to weigh in on the highly contentious "Is pineapple a pizza topping?" debate and he suggested the appropriate course of action would be to pass a ban due to his fundamental opposition to the concept of desecrating pizza with pineapple. He was, of course, joking. But since the Internet won't let us have nice things, Mr. Jóhannesson has had to issue a statement clarifying that he can't dictate pizza toppings. He also advocated for trying fish as a topping. 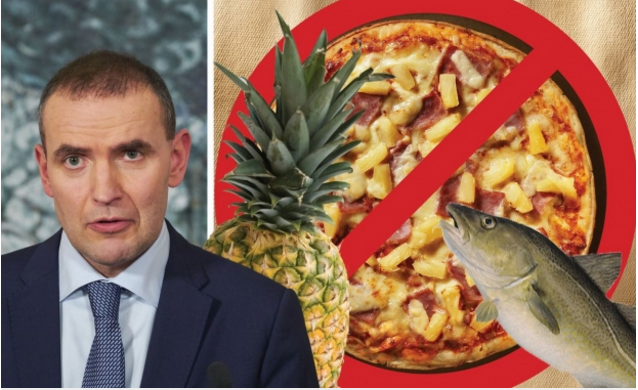 When I first heard about this story, I thought to myself "Oh boy, here's a guy so fiscally conservative he's concerned about the cost of importing exotic pizza toppings like pineapple." After a few moments I realized that was stupid and the President must have been joking. Solid joke, Mr. President.

I do wish he hadn't flip flopped though. He could have gotten a kindergarten class to sponsor the bill through whatever legislature they have as a school project. Then when it passes, have their version of the Supreme Court strike it down as unconstitutional and conduct a lengthy legal review. This would be a great way to get kids hooked on the political process, pizza is an issue they care about.

Mr. Jóhannesson's suggestion of fish on pizza is far more offensive to me as a pizza lover than any topping ban ever could. Fish belong in the ocean. What is it with Icelandic people and fish? They have more fermented fish delicacies than teenage boys have words for their boners.

Josina Anderson from ESPN is reporting that the Tampa Bay Buccaneers are a potential landing spot for free agent wideout DeSean Jackson. I think that would be pretty cool. It's clear that when he doesn't need to be the #1 receiver, he can be a very effective deep threat that creates space for the team's star receiver to work in the middle of the field. Mike Evans ascended to superstardom this past season (#4 wide receiver in my book, maybe #3 depending on how you feel about Odell Beckham Jr.) and Jameis Winston looks like a franchise QB. Adding Jackson to an already decent passing attack could make the Bucs a real contender in the NFC South which is already shaping up to be one of the toughest divisions in the league.

The Falcons will have a tough time getting back to the playoffs with the departure of OC Kyle Shanahan and three legitimately good teams in the Panthers, Saints, and Bucs.