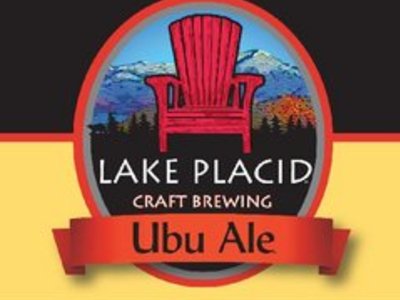 My Pursuit of an Ubu Ale: An Allegory for the Appeal of Online Dating
Smigoversen
February 07, 2014

I need a change of pace. I was sick of the bar scene, I just wanted to try something new. Something exciting. Something that fulfilled me in the way only a true beer soulmate can. I’ve been drinking nothing but a select group of seasonals and they had run out of good stories to tell me. I needed to put myself out there more. All of a sudden, I realized that this is how people feel before they try online dating. Not willing to admit that yet, I went to a new beverage center this week.

As soon as I walked in, I was drawn to the refrigerated craft section. That’s like the strip club for beer enthusiasts. (Ed. note: never drink beer at actual strip clubs, those taps are filthier than what’s happening onstage). You could see the condensation just glistening on the bottles. They’re asking for it. You can tell they just want you to take them home and have your way with them. Pop the cap off, pour it into a glass, get a healthy amount of head, and relax until it’s time to get another one.

That wasn’t for me tonight though. I’m sick of the games those beers play. I wanted to forge a real connection with a beer. A beer I could take home to meet my Mom and not realizing it is a terrible idea while driving over.

I took a minute to collect my thoughts. First, I identified the problem: I need to try a new beer. Second, I listed all the ways I could be introduced to a beer. I had exhausted the grocery store, my Twitterfeed (literally 80% of the accounts I follow are breweries or craft beer related), or friends (I recommend beers to them, not vice versa). None of those ideas worked out so I had to move on to another thought process: how do desperate single people meet each other? Easy, speed dating.

You might be wondering how you go speed dating with beers. I’ll tell you how: Craft Your Own 6 Pack. For a mere $9.99 I got 5 minutes with 6 different beers. It’s not quite 7 Minutes in Heaven but if you play your cards right you can have yourself a very nice time with multiple partners if you know what I mean. I grabbed the first six beers I hadn’t tried before. This was a mistake, never do that. You’re going to want to think this through a little.

One of the beers I ended up choosing had a complicated history with me. We had seen each other out before. We hung out in some of the same places: the beer aisle, Lake Placid, beer snob bars. You know the type. We had even been introduced one time when I was at a bar with my Mom. We didn’t really hit it off because she was third wheeling. To be honest, I didn’t even catch the name of the beer. If beer could use Craiglist, I would have posted a Missed Connection.

When I picked the bottle up off the shelf, I went right back to that bar with my Mom. I knew immediately that I should disregard the rest of the choices and grab as many Ubu Ales as possible. So that’s what I did. It was at this moment that I realized why I had never bought Ubu before. It costs marginally more than the other 6-packs that are for sale. But not more than a personally crafted sixer. Who would have thought true love would have been impeded by an additional dollar of cost.

Thank goodness we reconnected here. What a delight. I took her back to my place. She had a deep garnet color and a come-hither hop palette. It was full-bodied, delicious, and 7% ABV. That last fact snuck up on me. Next thing I knew I was surrounded by six empty bottles and asleep on the couch. Great night.

At least that’s what I thought, until I woke up the next morning. And it wasn’t morning anymore. It was 2 in the afternoon. I thought I had a good time. Until I took a look back at my night and reevaluated how it went. A six pack of Ubu was marginally more expensive than other sixers. Lake Placid beers aren’t even brewed in Lake Placid. Ubu is a stupid word. When I added it all up, I came to the conclusion that this relationship didn’t have much of a future. Maybe we’ll hook up again on OK Cubrew.