For All Your Dickbutt Needs
MUSINGS FROM OUR CHEAPSKATE BEER SNOB 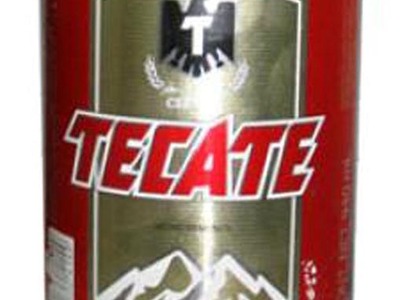 Quarts of Tecate or: The Rise and Fall of a New Drinking Paradigm
Smigoversen
February 14, 2014

Drinking is expensive in New York City. I won’t feel at home until I figure out my go-to bargain beer drinking experience from the various bodegas around my apartment. I found an excellent candidate last week. The nearest Mexican deli to my apartment sells quarts of Tecate for $2.50. Which is absurd and great at the same time.

What drew my eye to Tecate initially was that I could buy it in quarts. A quart is an excellent serving size for beer. Let’s face it, 12 oz cans are bullshit. Beer should not be served in amounts less than a pint. Therefore a quart is a true “tall boy” only its 32 ounces instead of 24. On top of that you get a glass bottle instead of an aluminum can. Everything tastes better out of a bottle, ask PBR.

So for a week, I jumped headfirst into drinking Tecate. I was buying multiple quarts a night. By the end of the week, I was getting four on my way home. That’s a gallon for those of you who don’t like doing your own math. Here’s the best part, not everyone knows how big a quart is. So when your girlfriend asks if you drank 4 forties last night, you can look her in the eye and say no. Unless you drank 5 quarts, which would be super impressive.

By the weekend, I noticed that nothing I ate or drank tasted good anymore. I spent a lot of time thinking why I had this weird metallic taste in my mouth every time I had a bite of food. I took a couple nights off from Tecate because I was going out to drink instead of staying at home like a weirdo. Then I stopped tasting metal. The moral of the story is Tecate makes everything you eat or drink taste like metal, but is cheap and comes in a convenient serving size. It’s not worth it for me. But I don’t want to make a life decision for you...

Smigoversen was not paid by Tecate to endorse their product. Obviously.
Recent Alcohol Articles