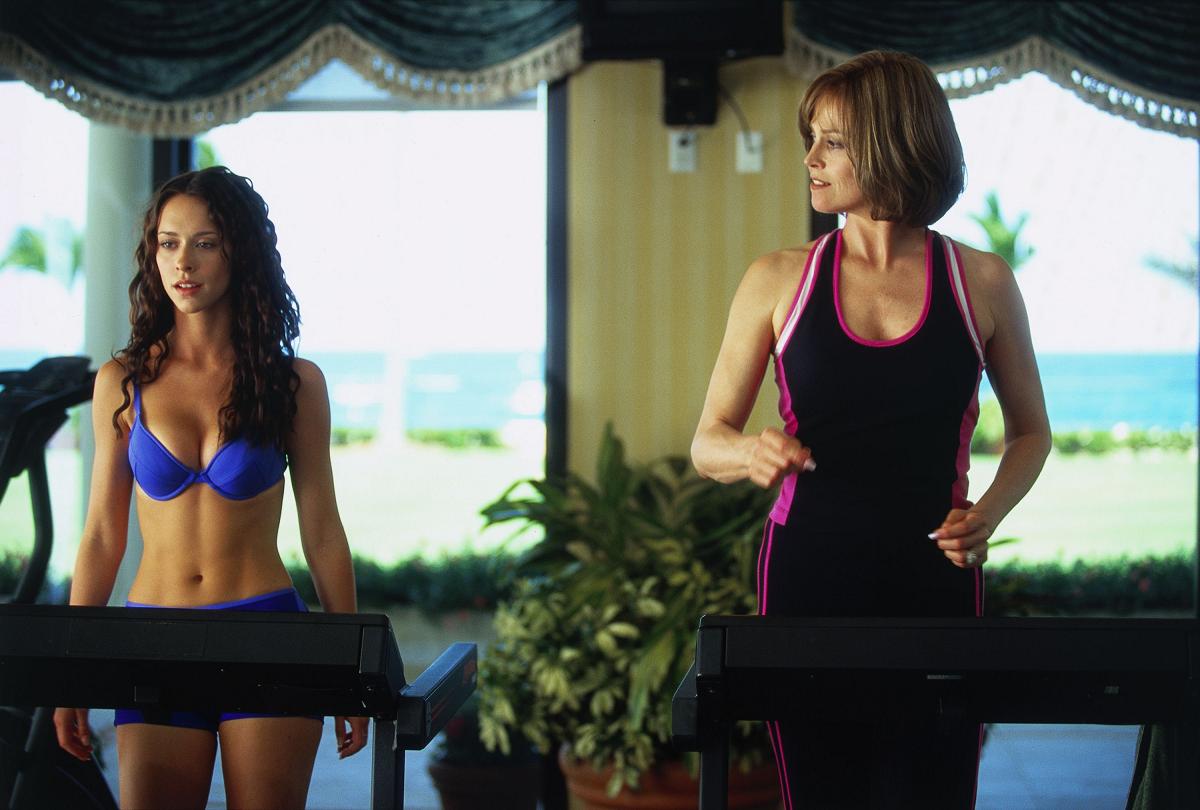 Exhibit Double-D and Slightly Over the Hill

This flick is about a Mother and Daughter con artist team. The Mom (Sigourney Weaver) tricks rich guys into marrying her super fast because she’s religious and won’t bang them until she’s married. But then at the wedding reception, she drinks too much wine and passes out before they can pop champagne in the boudoir. Therefore, the poor dude (in this case Ray Liotta) has a pretty serious case of chronic boner. In comes the Daughter (“Body is a Wonderland”-era Jennifer Love Hewitt) who is Ray Liotta’s secretary. 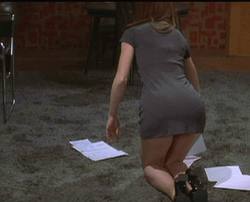 Needless to say…. this happens: 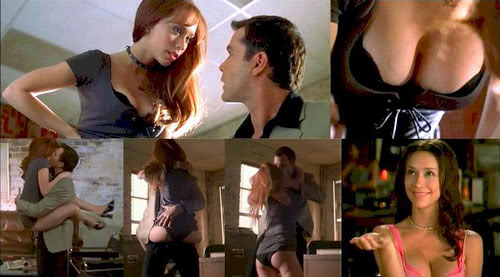 Should I keep talking about the plot or just post pictures? Seriously, those cans deserve top billing over Sigourney Weaver any day.

Sigourney Weaver catches them in the act and immediately demands a divorce. And receives $300,000 in the settlement. Not bad for never banging the guy huh? Flush with cash Sigourney and JLH head to their bank only to find the IRS has seized their accounts for back taxes. Whoops. Now these two scoudrels (and Sigourney Weaver) are going to have to come up with some large amount of money or go to jail.

JLH insists that they go to where the big money is (Palm Beach) for one last score so she can go off and do this herself. When they get down there, Sigourney Weaver goes after a super rich, super old billionaire (Gene Hackman) and Jennifer’s cans want to go after some Mama’s Boy billionaire.

JLH’s cans run into a problem, it turns out that the Mama’s Boy already had a woman in his life. And as creepy as that is, didn’t have any interest in our girl. The rejection hurts, but at least she got to meet the proprietor of a locals bar. She was super mean to him, but this is a dudefest dude we’re talking about and he rolled with the punches because she is super hot. Also he’s about to sell the land his bar is on for a shit ton of money to a developer.

Sigourney Weaver runs into some problems too. Mostly that Gene Hackman’s character likes to smoke like a chimney and gals who eat raw meat (she’s a vegetarian). Shenanigans ensue from there. Also she adopts a pretty shoddy Russian accent throughout the rest of the movie.

I want to talk more about the plot but I’m just way too distracted by boobs right now. Long story short: eventually Ray Liotta shows up again. And he is understandably pissed. Also that IRS agent from before was actually Sigourney Weaver’s friend. Gene Hackman dies right before he actually bangs Sigourney Weaver. So they don’t get any money. And Ray Liotta and the friend double cross Sigourney Weaver and steal all her money out of her accounts like they pretended to earlier in the movie. At least Jennifer Love Hewitt’s boobs find a soft and loving hand to caress them in the form of the bar proprietor.

R A T I N G S
7.5
The subject matter is not dudefest. But the subject is very dudefest. This movie was pretty funny too.
Smigoversen
0
I give it a 0.0, because that is the number that most looks like boobs.
Pete Hall
Recent Heist Reviews