X-MEN: DAYS OF PAST FUTURES or FUTURE PAST DAYS or DAYS IN THE FUTURE THAT ALSO HAPPEN IN THE PAST or whatever it's called was a pretty sweet movie. Upon seeing trailers, your first thought is "that has too many characters, that shit's going to be terrible". It happened in SPIDERMAN 3, X-3, THE AMAZING SPIDERMAN 2, and SPIDERMAN 3. I have strong feelings about how awful SPIDERMAN 3: THE EMO YEARS was. Too many characters in a comic book movie sequel means backstory, lots of it. Most of that backstory? About characters you don't have time to care about. And on top of that you get a steaming pile of half-baked subplots that amount to nothing in the grand scheme of the film or best case scenario, nothing of importance.

X-MEN: DOFP does not suffer from that issue, and I think I know the reason why: no important new characters. That's what makes a great ensemble comic book sequel. AVENGERS did it, and that's an example to follow. And why mix in a bunch of new characters with a bunch of existing characters we already know and like? Where's the incentive to give a shit about these new characters? They're always shittier than the existing ones; that's why they weren't in the first movie.

So, yeah, no new characters (except Peter Dinklage as a genius scientist who weaponizes Mystique's DNA and some dude who looks like Richard Nixon as Richard Nixon) is part of what makes this movie pretty great, but it has a lot of other stuff to offer. Hugh Jackman as Wolverine is one of those movie castings that can make any movie, no matter how terrible (read: X-MEN ORIGINS: WOLVERINE), have at least one bright spot. He's up there with Johnny Depp as Jack Sparrow, Harrison Ford as Han Solo or Indiana Jones, Tony Stark as Robert Downey, Jr. (or is the other way around), and Daniel Radcliffe as Harry Potter. That 4'10" motherfucker made an excellent HP and you know it.

As you could probably gather from any film trailers you've seen, previews you've read, or simply the title of the movie, there is time travel in this film. If time travel is something that you think you've seen enough of or that bores you, then I'd suggest seeing something like ARENA instead. You'll like that one. Basically, the plot of the film is that (spoiler alert) the few mutants still alive after a war between Homo Sapiens and Homo Superior (mutants) need to send Wolverine back in time to unite the two factions of mutants that formed after a douchey, young Magneto threw a bullet at a cocky, young Professor X's spine after the two frenemies had their first big fight back in FIRST CLASS.

All in all, definitely worth the $50 or however much I spent to see the movie with a large popcorn and soda. And speaking of movie nourishment, below are my stats. It was an under two hour movie, and I had eaten dinner beforehand, so I was unable to finish either. 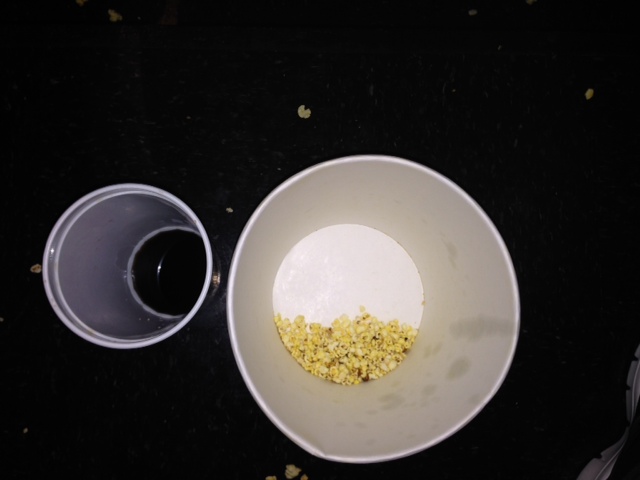 R A T I N G S
8
No romance, Ian-McKellan-and-Patrick-Stewart-in-real-life aside. And since that's a top 10 real-life bromance, this movie is pretty sweet.
Joe Kennedy
8
I haven't seen this movie. But I did read the comic that they based it on. Here's an idea: Jennifer Lawrence's Booty and Ellen Page's Snappy Fashion Sense team up in a buddy cop movie as Mystique and Shadowcat. Or a Storm movie. Really I just want to focus on the (scantily attired) female members of the X-Men
Smigoversen
8
JENNIFER LAWRENCE! SHE'S AMAAAAAAZING! Come for the booty, stay because the movie's great.
Pete Hall
Recent Superhero Reviews

CINEMA
HERCULES
Review by Joe Kennedy
LeroyBow
锘? vmate is usually software package that lets you free download [url=http://www.vmate.com/]vmate[/url] video lessons plus songs this Youtube, Metacafe, Vimeo, Soundcloud since outside of other good talked about several web sites. associated with application enables install many instructional videos on the other hand songs of numerous ability. regarding, capable to find any one prime over telecasting or just single that you wish to. you can transfer full high (hd) vids web page in the process. All ordinary and working download and read bonds are offered over here and likewise you don鈥檛 need to panic about that in any way,the whole time. It permit you to seem the presentations or even a songs quickly with no need them to be [url=http://www.vmate.com/]vmate[/url] saved. upload - vmate practical application.
Pete Hall

I hope you saved that popcorn and soda for later. Throwing it away is wasteful.
Dudefest Movies
10 MOST DUDEFEST MOVIES