Don't worry Marvel fans, GUARDIANS OF THE GALAXY works. The tenth (holy balls) installment in the MCU is one of the most entertaining and action-packed of the bunch, and it's certainly better than THE INCREDIBLE HULK. Damn you Edward Norton. In fact, GOTG is all that a summer blockbuster should be. Entertaining, engaging, funny, action-packed, part of the Marvel Cinematic Universe; it has everything.

The cast shouldn't work, obviously. Bumbling but hilarious idiot Andy Dwyer in a starring role in a semi-serious action movie. David Bautista, a WWE wrestler whose first five movie credits were direct to DVD thrillers, as the muscle. Shouldn't those roles be played by, I don't know, someone with the leading man look and experience, like Bradley Cooper, and an experienced muscle actor, like Vin Diesel? Oh wait, they are in the movie, but they voice a raccoon and a tree. And it's got a random dude from one of the TWILIGHT movies as the villain, and Zoe Saldana doesn't even get naked or slip a nip in the movie. (If you were expecting that, your money would be better spent renting AFTER SEX in the comfort of your home.) But the cast was perfect. They're all likeable (except the villain obviously), and they're definitely convincing as a bunch of criminals who unite for the good of the universe.

The soundtrack is in a word: ballin'. Not ballin' in the way an all-rap soundtrack would be, instead its ballin' like any '70s soundtrack should be. Because that's what it is. All transitions in the film are extended with a little known or forgotten gem from the '70s. "Hooked on a Feeling", "Moonage Daydream", "Go All the Way", "Come and Get Your Love", it's all fantastic. It fits in really well with the film, and it adds an extra layer of awesomeness.

There's something about a talking raccoon hanging from an Ent and wielding a machine gun in the manner of John Rambo that's, as Tom Haverford would say, "straight dope". This movie is like 90% fighting. Space ship battles, shoot outs, hand-to-hand combat—it has pretty much every kind of action you'd want or expect in an action movie. All five of the Guardians are badasses, and seem to have spent their entire lives fighting in preparation for this chapter of their lives, without even knowing it.

One thing that's so great about the MCU movies in general (INCREDIBLE HULK excluded, of course) is that they don't take themselves 100% seriously, but they put thought and effort into making the movie legitimately funny as well. GOTG is no exception. It's funnier than a great deal of comedies have been in recent years. The banter between the raccoon and the tree is on par with that of Han Solo and Chewbacca, the first scene is Chris Pratt (Star Lord) dancing like a goon on an abandoned planet with headphones on, and Drax the Destroyer's Vulcan-like understanding of sarcasm are highlights, but that's only scraping the surface.

Before you freak out with tirades of "I HATE ROMANCE" or "COCK AND BALLS" or whatever you angrily exclaim when you're upset about romance in action movies, GOTG gets it right. While I generally agree that no love story is the perfect amount of love story in any movie, they make it as bearable as possible. Let me explain. As you probably guessed, Star Lord and Gamora get a thing going, but there's no kissing, and Gamora is obsessed with resisting Star Lord's "human charm" (or something along those lines). My takeaway from this is that apparently humans have some sort of inexplicable appeal to alien life forms. Confirmed by the implied massive amount of ace Star Lord has pulled before the events of the film. This bolsters the legitimacy of the Miss Universe pageant's claim to be the most beautiful in the universe. It appears that humans are inexplicably attractive to aliens in addition to Norse Gods, as demonstrated by Thor when he chose to bang mortal Natalie Portman for a little while as opposed to the hot Viking chick for all eternity in THOR: THE WORLD OF DARKNESS.

With relatable characters, an engaging plot, and pretty much everything else about it being awesome, GOTG is a homerun for Marvel. 9 out of 10 is a pretty solid record. This only gets me that much more excited for AVENGERS 2, and then ANT MAN, and then CAPTAIN AMERICA 2, and then DOCTOR STRANGE, and then GOTG 2, and then whatever else they decide to throw at us. Maybe a Howard the Duck solo flick, a Hawkeye-only movie, or a series of unrelated Stan Lee cameos—Whatever it is, I frankly don't care, because I will buy a large popcorn, a large soda, and a $15 movie ticket and enjoy the shit out of it. Keep them coming Marvel. And speaking of popcorn and soda... 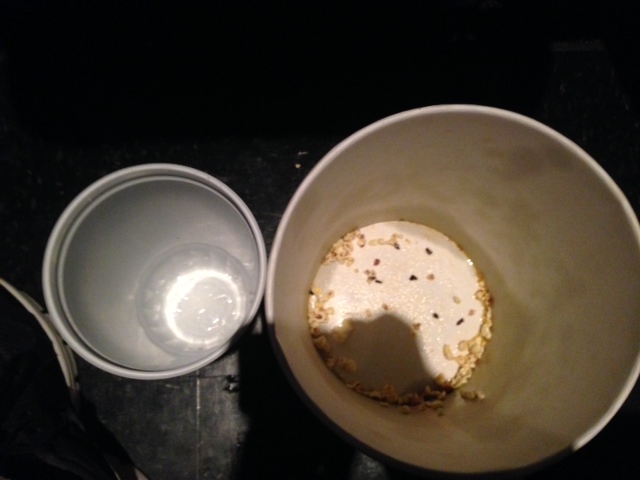 R A T I N G S
9
One of Marvel Studio's best, and the first to feature a talking raccoon.
Joe Kennedy
9
There's a lot of hype around this movie. It lives up to it. It's the most fun I've spent watching a movie in a long time.
Henry H. Henry
9
This movie conclusively proves that a movie gets worse with every new word Vin Diesel says, GUARDIANS OF THE GALAXY is a career low for Vin and therefore his best movie.
Smigoversen
Recent Space Reviews

Looks like you left some ice in the bottom there joe. Soda: 97% complete. Rookie.
Joe Kennedy