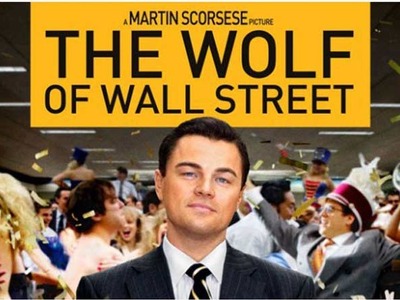 First of all, this movie was pretty impossible to categorize based on the genres we use on the site. We have decided to defend our choices before the review continues.

Comedy: It really is pretty funny, but it’s definitely not a comedy in the same way that ANCHORMAN or THE HANGOVER are (i.e. you aren’t going to spend the next month quoting it.)

Investigation: The main dudes in the film aren’t investigating shit- this isn’t THE X-FILES. There is, however, an ongoing investigation throughout the film by FBI Agent Patrick Denham (Kyle Chandler, the guy from... well... not a whole lot), and it is due to this that we chose to label it as such.

Wildcard: Some definite dudefest stuff happens. For sure. A ton of it. But fuck, shit’s hard to categorize. This is the only category we were 100% sure that this movie fits in, and none of them describe it better than this.

So yeah, like we said, a ton of dudefest shit happens in the movie. Hell, within the first twenty minutes we see Jordan Belfort (Leo) driving down the highway at like 80 miles an hour in a white Ferrari, definitely getting some road blow. And then he introduces us to his wife, Naomi (Margot Robbie), an unbelievably hot chick whose first scene involves posing on a bed in some fucking lingerie. And she has a smoking body. Look her up, we’ll wait. We have a distinct feeling that we’re probably gonna start seeing this chick in fucking everything, and we’re totally OK with that. And Leo helpfully tells us that she was the chick with his cock in her mouth (his words, not mine) and to put our dicks away (again, his words- he’s kind of a douchebag in this one).

Leo’s unapologetic douchebaggery is, of course, totally on purpose. That’s his character, based on the real life scumbag Jordan Belfort. Being the protagonist doesn’t mean you’re the hero of the story, you know. He is a lying, cheating, thieving animal (oh, a wolf, now we get it) that made his millions defrauding investors and got off relatively easy because he’s rich and white. He’s still indebted to the government for around $100 million in restitution to his victims, and he claims to have made no money on selling the rights to his life story (and his book). And honestly, if you can’t trust a career criminal, who can you trust?

Yes, Belfort is a piece of shit, but fuck if that doesn’t make for an interesting movie. He’s a drug addict, and he spends thousands of dollars on parties, hookers, strippers, drugs, and at one point even a fucking marching band (that was also strippers) for his office. The parties are wild, the women are unbelievable, and as shitty of a person Belfort is, he makes it all look damn fun. Honestly, watching the movie, you’ll probably find yourself wishing you could be in his shoes. But only for a short two and a half hours, because the second half of the movie is where shit goes wrong.

OK, it’s not actually a five hour long film, but it does clock in at just under three (179 minutes). That’s Martin Scorsese for you, not skimping on a single second of debauchery. If you removed all the screen time devoted to drugs and titties, I think you’d probably have a pretty boring 45 minute film to watch. They do a great job portraying the rise and peak of Belfort’s life. His fall from grace is pretty satisfying.

Jonah Hill plays Donnie Azoff, Belfort’s second in command. Belfort shows Azoff a pay stub for $72,000 in a month and the dude quits his job on the spot, which is definitely a ballsy move (understatement of the year). They go into business together, buying an abandoned auto shop to convert to a “boiler room” brokerage firm dealing in penny stocks. They quickly expand and become hot shit, and they get filthy fucking rich selling worthless stocks to misinformed investors.

Pat Holland thinks keeping it dark inside those movie theaters is a good idea, but not for any particular reason. He can be found hiding underneath his back porch, or here if you don't feel like traveling.

R A T I N G S
8
Mad boobs. Mad drugs. Mad dudes.
Pete Hall
9
I think I'm in love with Leo DeCaprio? There is no question that he has truly found his calling acting as rich, douchey, white guys. Don't ever change. Also Boobs.
Jimmy Fraturday
8
This movie is proven to drive its viewers into hard drug use. And Leo didn't win an Oscar for his role, mostly because he didn't deserve it. Suckaaaaaaaaa
Fritz Tamarack
Recent Comedy Reviews 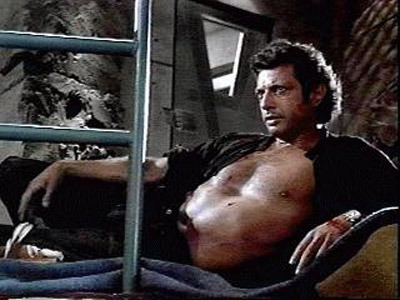