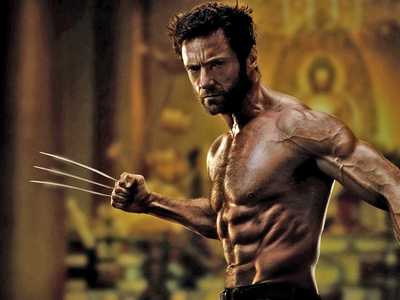 I watched THE WOLVERINE on an airplane last week. I did not have high hopes for this movie after the pile flaming mutant shit that was X-MEN ORIGINS: WOLVERINE. The only positive thing I have to say about that movie is that will.i.am. was involved and didn't single handedly ruin the project, unlike every song he's shoved down our throats on the radio since "Let's Get It Started". They took away Deadpool's mouth for fuck's sake. You know Deadpool, the Merc with the Mouth? That guy who constantly talks to himself? Sorry, I'm getting distracted by a terrible X-Men movie, let me get back to the one I saw on an airplane.

If you couldn't tell, I love the X-Men. I think they're awesome. Both as superheroes and as a metaphor for Ultimate Dudefest Civil Rights. When I'm reading comic books (which I now read an embarassing number of) I like to read titles that are teams working together and in my book The X-Men > The Avengers and obviously also everything associated with the Justice League except for Batman. So I'm not huge on any X-Men movies tht focus on only one character. Especially Wolverine, who I would describe as the Craig T. Robinson of the Marvel Universe. He's usually the best part of any ensemble but can't carry a story by himself most of the time. Wolverine needs Cyclops to keep him in line and always have someone to gripe about. No other X-Men appear in this movie other than Jean Grey in Wolverine's dreams.

This film takes place after X-MEN III: THE LAST WORLD OF DARKNESS, so at this point Wolverine has already killed Jean Grey when she became the Phoenix. I didn't love the way the original trilogy portrayed Jean Gray and dind't think it was necessary for her to show up in this movie. But hey, sometimes people need money and I can't think of another flick Jean Grey has been in since X3.

In case you hadn't noticed, I haven't gotten around to describing the plot yet. That is because of two reasons: The first is that I do not understand it. The second is that the parts I did understand were stupid. The gist is that Wolverine was randomly a P.O.W. of the Japanese outside of Nagasaki when the atomic bomb was dropped. He saves one of his captor's life because Wolvie has been through so much shit he isn't going to hold being captured against somebody. The dude he saves tries to give Wolverine his sword, and even though he doesn't have his Adamantium skeleton yet (a fact the film ignores) he doesn't want it because, like his dick, a samurai sword requires two hands.

Flash forward to the present in the X-Men Universe and Wolverine is approached by a Japanese woman who says her employer needs to talk to him. It turns out that dude Wolverine saved had grown up to become the C.E.O. of the most powerful corporation in Asia. On top of that, he wants to reward Wolverine for helping him. The allure of money convinces Logan to go.

When he comes face-to-face with the dude, he doesn't look too good. He's in a weird bed thing that is also monitoring his vitals. He got cancer from all the radiation around Nagasaki. He is going to die soon. But he has a great idea (and his is where the movie gets really stupid and SUPERMAN 2-ish), he has figured a way to remove Wolverine's healing factor (the source of his immortality). For some reason, everyone keeps insisting that Wolverine doesn't want his healing factor anymore. The writers should have tried to establish some motivation for him to do this other than people telling Wolverine that he really just wants to die. This obviously can't be the case because eventually Fox has to make a movie based on Old Man Logan, so he still needs that shit. The reason they want to remove his healing factor is so they can give it to the old, dying Japanese guy. They never tell you why this guy would deserve that though.

Anyway, the dying guy's doctor (who is a weird lizard mutant whose powers are never defined 100%, she has some kind of poison gas that she selective breathes, a poison lizard tongue, and sometimes she has really bad eczema) puts this weird thing in Wolverine that renders his healing factor useless. So when he gets shot, he doesn't immediately get better. That's lame because healing is the most fun part of his character. So Wolverine has to fight his way through everyone without getting shot until he doesn't have to anymore because he recreates the C-Section scene from PROMETHEUS on himself with his bare hands (Dudefest Moment of the Film, hands down). There is a climatic battle. Wolverine wins. Blah, blah, blah. When does X-MEN DAYS OF FUTURE PAST come out?

R A T I N G S
3.5
This movie was soooo disappointing. There are literally hundreds of awesome X-Men and they chose zero for this movie. They should stop fucking around and make an Uncanny X-Force buddy cop movie with Deadpool.
Smigoversen
4
THE WOLVERINE is a steaming pile of meh. Skip this one, wait for DAYS OF FUTURE PAST for some higher quality Jackman action.
Scrooge
5
I assume that this was just a completely unnecessary remake of the X-MEN ORIGINS: WOLVERINE.
Joe Kennedy
5
Definitely wasn't great, but it's a hell of a lot better than ORIGINS.
Henry H. Henry
Recent Rampage Reviews

Marvel really needs to figure out a way to keep Hugh from aging (we're on a first name basis so I can call him Hugh). There is literally no one better suited to play Wolverine in the history of history.
Dudefest Movies
10 MOST DUDEFEST MOVIES