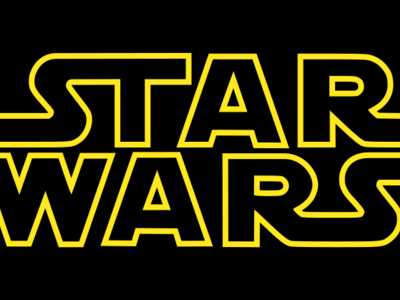 So I had to write the kickoff review for Star Wars Week at Dudefest.com (May the fourth be with you), but I had already written this dozen...and I'm lazy. So here now I present to you the review version of The Dudefest Dozen Most Dudefest Things in STAR WARS: EPISODE IV - A NEW HOPE.

1. The Opening Crawl. This shit literally redefined what a title sequence could be in film. If you don’t know what it looks like, I don’t believe you. Prior to STAR WARS it was generally acceptable to ignore any title sequence and orchestral score that opened a film.

2. The Opening Shot. Talk about back to back successes, the audience just finished reading the back story for the film and you immediately pan down to see two starships shooting at each other as they race above a planet. Featuring some of the greatest special effects for its time, I shit you not when I say that 40% of the theatergoing audience pooped themselves when they saw the Star Destroyer for the first time.

3. Vader’s First Appearance. The rebels just got whooped as the storm troopers boarded their ship and mercilessly took down the brave rebel soldiers. All the storm troopers, decked in white, snap to attention and through the blown up door walks Darth Vader, clad in a black spacesuit with a mask of pure evil and a cape billowing behind him. He surveys the dead bodies around him and moves on. The first time we hear his voice (voiced by James Earl Jones) he is choking the rebel captain of the ship to death with one hand. Add in the iconic breathing noise his suit emits and you have one of the greatest movie villains ever created.

4. The Cantina Scene. A huge gamble that paid off big time. Using a combination of puppets, makeup, and masks, the production team brought to life the world our main characters inhabit. The place felt like some shitty dive bar where all kinds of odd characters hang out to swap stories and share a drink. Only in this case they were all aliens and fucking awesome. This scene could have been the laughingstock of the entire movie if not done properly, but they made it work so well that it is now an iconic scene in film history.

5. Han Shot First. Okay, so we now enter the world of George Lucas’s contentious changes to the original films in the Special Edition and later releases for VHS, DVD and Blu-Ray. However, everyone can agree that it makes sense and develops character to say that Han Shot First. Greedo, a bounty hunter, corners Han at gunpoint just as Han is leaving and demands the money owed to his boss, Jabba. As Greedo sits with him at the table, Han subtly draws his blaster and at the opportune moment wastes Greedo without a second thought. As he walks out, he flips a coin to the bartender commenting, “Sorry 'bout the mess.”

6. Blasting Their Way Out of Mos Eisley. The storm troopers discover their ship and come to capture or kill them. They shoot at Han who is finishing fueling the ship outside. Rather than surrender and give his passengers over to the Empire, who likely would have spared him in the event he plead ignorance, he quickly draws his blaster, returns fire and runs into the ship and blasts off quickly. Two Star Destroyers move to intercept them, but Han once again is able to hold them off before blasting to hyperspeed, leaving behind the Imperial ships.

7. Destruction of Alderaan. The Empire shows its full strength and destroys an entire planet. They even believe they have coerced the information they want out of Princess Leia but choose to destroy her home world just as a demonstration of their power. The extent of their corruption and evil is revealed as millions of voices cried out in terror and then were suddenly silenced.

8. Busting Leia out of Jail. Possibly the most dudefest moment of the film. Han and Luke dress (less than convincingly) as storm troopers and place loose handcuffs on Chewie. Then they march straight to the detention center and try to swap Chewie for the princess. When that goes awry, they shoot up the entire joint—all the guards and officers, every camera, literally anything that will explode. When Han is asked for identification over the radio, he shoots the radio rather than try and talk his way out of it. He is reverting to a dude’s most basic form of communication: when things don’t go right, start breaking things.

9. The Obi-Wan/Vader Battle. The first lightsaber battle of the films. Obi-Wan takes on Vader to buy Luke and the gang time and a distraction to get off the Death Star. Like a sword fight, but with light, the fight only gains intensity after you watch the prequels and remember the last time the two of them saw each other, Obi-Wan was walking away from Vader’s burning body.

10. Dogfight In Space. The final battle where a small band of Rebel stunt fighters go to take on the Death Star. This scene is epic on so many levels. It is an underdog story of the highest order, plus our first glimpse of ship-to-ship combat in space. The Rebels maneuver down a narrow trench towards their target that is only 2 meters wide. When filming, George Lucas copied footage from old World War II dogfights shot for shot. Only three ships survive the attack, but it is successful and they destroy the Death Star.

R A T I N G S
10
Great genre-changing-decade-defining-independently-made-game-changing-name-taking-booty-shaking-love-making-heart-stopping-film that still is perfect 37 years later.
Matt Stoke
9
Stoke, I wouldn't call it "perfect". It's fucking close, though. Some old wizard Luke barely knows gets killed, and Leia (whose entire planet was just callously blown up) comforts HIM. Yeah, perfect.
Pete Hall
3.5
I take off .5 for each word in the sentence "But I was going into Tosche Station to pick up some power converters".
Joe Kennedy
9
Kennedy, what the hell is wrong with you? Did you not have a childhood? 35 years later, this movie is still a cultural phenomenon.
Henry H. Henry
Recent Adventure Reviews