The best Christmas movie of all time was initially intended to be a sequel. Actually, it was intended as a sequel to two completely different movies. While Bruce Willis is currently iconic as John McClane (and because of that, one of the best action stars of our generation), the role was offered to Arnold Schwarzenegger before him, who turned it down. In fact, almost every famous action star of the era turned it down, before finally some coked-up producer decided to let that comedic actor from TV star in it. Now we have Bruce Willis as John McClane, and the world is a better place for it. I maintain that while Bruce Willis is damn near perfect, I would have preferred the role go to the man it was (technically) originally intended for: a 72-year-old Frank Sinatra.

Seriously, because DIE HARD was adapted from a novel called Nothing Lasts Forever, the sequel to The Detective, which was adapted into 1968's THE DETECTIVE starring Frank Sinatra, Fox was legally obligated to offer the lead to Sinatra. He turned it down, though, and it would be another 22 years before the world unanimously decided that idea would have been hilarious and we got THE EXPENDABLES, which ironically co-stars Bruce Willis. Full circle, baby.

I wasn't joking about this being the best Christmas movie of all time, either. There is a tradition in my family: every Christmas Eve, we all get together for the first time in a year (we usually have trouble getting everyone back home for Thanksgiving, what with dumb husbands and shit getting in the way), get a little tipsy, and watch LOVE ACTUALLY while I complain that LOVE ACTUALLY sucks and we should have watched DIE HARD. Then I fall asleep during LOVE ACTUALLY, because as I said before, LOVE ACTUALLY sucks.

Hans Gruber is one of the greatest Hollywood villains of all time. He's not actually scary, like Buffalo Bill, or the actual evil we get from Damien Thorn, or some combination of the two like Jack Torrance, or even a Darth Vader-esque villain. He's an intelligent, well-spoken, good-looking European terrorist. He's Hollywood's wet dream! In an ostensibly anarchist modus operandi, Gruber pretends to be a terrorist trying to punish the Nakatomi Corporation for its greed. But instead, he just wants to fuck shit up while also getting paid; his actual goal is to steal the $640 million in bearer bonds (which I learned all about from Archer!) from the vault. It is a clever ploy that turns the typical Hollywood villain on its head, and an original plot point that we wouldn't see for another 7 years, before disappearing forever.

No review of DIE HARD would be complete without discussion of Argyle, the true hero of the story. Sure, John McClane single-handedly liberates the plaza from terrorists that are just in it for the money (and who isn't?), and Al Powell saves McClane by shooting that guy at the end (overcoming his hurdle of using his service revolver after that one time he shot a kid in the face). But Argyle truly rescues everyone when he gets drunk in his limo by himself. He realizes he's been locked into the garage by terrorists, so he drunkenly rams his car into an ambulance and punches the driver, who turns out to be one of Gruber's henchmen, and steals an ambulance to use as their getaway car. So it works out for Argyle, who avoids a DUI, hit and run, attempted vehicular homicide, assault and battery charges, and instead probably gets a medal or something. Or maybe he just stands nearby while John McClane (the Luke Skywalker of DIE HARD) and Sgt. Al Powell (Han Solo, because he shoots first) get their medals, and nobody recognizes the heroism of the poor limo driver (or Millennium Falcon pilot), just because he happened to be getting sauced off of the booze provided for the customer. You think Chewbacca was sober every time he flew the Millennium Falcon?

Pat Holland wrote this at work. That's why he doesn't have a job anymore. Send him an email!

R A T I N G S
8.5
I watch this movie every day, because every day is Christmas.
Pete Hall
9.5
What's your favorite movie and why is it Die Hard?
Scrooge
9
Yippee Ki-Yay Mr. Willis. Yippee...Ki...Yay.
Pockets
8.5
GREATEST. CHRISTMAS MOVIE. EVER. Hands down, don't even fucking try to tell me otherwise.
Smigoversen
Recent Heist Reviews 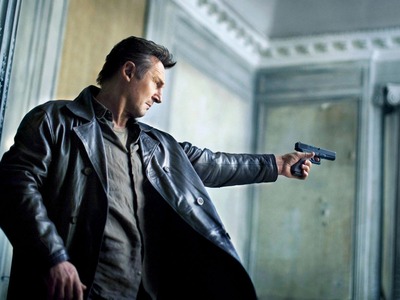 I really need to see this movie.
Dudefest Movies
10 MOST DUDEFEST MOVIES