Writing Drunk About Things We Did When We Were Drunk So You Can Read Them Drunk!
DUDEFEST DOZENS 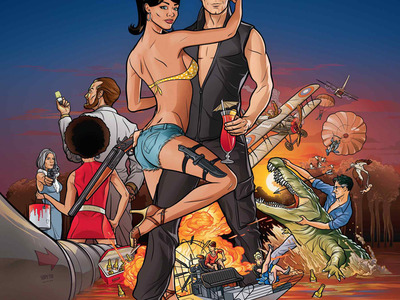 The Cast of a Live Action Archer Movie
Smigoversen, Jimmy Fraturday
May 15, 2014

Archer is a fantastic cartoon. I love watching it. The only way I can think of improving it would be to make a live action movie. I wouldn’t actually want to do that (the props budget would be enormous, never mind the effects for the inevitable explosions and injuries). But what sounds like a lot of fun is casting this hypothetical movie. I sat down with my good friend Jimmy Fraturday to discuss possibilities for the ISIS gang.

This one goes without saying right? Mallory is basically a more dangerous Lucille Bluth who never settled down. She should get the right of first refusal for the part. She doesn’t have many action scenes so her age won’t be a limiting factor.

I know, I know, I said that this was the easiest casting decision. But just in case, Helen Mirren has proven that she can be a kickass spy in the RED movies.

Remember how the end of SKYFALL had lots of old lady action? Somehow I could imagine an executive thinking that we, the public, want more of that and cast Judi Dench. Even if he tried, I bet she would say no (thankfully). She’s been Dame’d (which I assume is similar to being knighted) that means prestige franchises or nothing for her.

Aisha Tyler is the voice of Lana. Plus Lana happens to look a lot like her voice actor. That alone makes this a perfect fit because the levels of exasperation in Aisha Tyler’s voice are important to maintain in the live adaption. That all makes this an even easier decision to cast Aisha as Lana.

But just in case she’s too busy playing Drew Carey on Whose Line Is It Anyway? we came up with three other possibilities that are not as good overall but have unique strengths that distinguish them. The other three possibilities I can think of are: Venus Williams (or Serena depending on who is doing worse in tennis), Lisa Leslie (you know, from the WNBA), and Tyra Banks.

The Case for a Williams Sister:

One of the funniest aspects of Lana’s character are the constant jokes about how giant she is. Especially her hands. So if we’re going for a kick-ass giantess we could do worse than the sisters who are almost as loud as a Seattle Seahawks home crowd whenever they serve, return a serve, hit the ball, win a point, or lose a point. At 6’1’’ Venus is large enough to fit the bill and all those years of fiercely gripping a tennis racket will be great fodder for ‘giant hands’ jokes. On top of that she is a world class athlete and would totally crush the stunts and action scenes.

The Case for Lisa Leslie:

This would be even funnier because Lisa Leslie is actually a giant. She is 6’5’’, that’s barely in the shot with the rest of the cast. Non-stop hilarity would ensue. I’ve never seen Lisa Leslie in person, but I imagine she has some of the biggest lady hands in the world. They’re definitely bigger than mine. And its important for our Lana to have ‘Truckasaurus’ hands.

The Case for Tyra Banks:

After her years of hosting a mediocre talk show where she frequently took shots at her critics, I would love to see Tyra to play Lana. She’s an over-the-hill hottie who won’t admit it to herself. A la Lana whenever she has to take her shirt off and one of the male agents inevitably mentions that she doesn’t look as good as she used to. If I were directing this movie. I wouldn’t put those lines in Tyra’s script that way she would actually freak out at the other actors. That would be hysterical.

Judy Greer is the voice of Cheryl and could totally pull it off in the live action adaption. I say that with supreme confidence because she’s already played this role before. She was Ms. Archer’s voice actress’s former TV husband’s secretary on Arrested Development.

While every voice actor is perfectly cast in the cartoon. Not all of them could pull it off in real life.

Let’s face it, if you want to get a movie made you need a movie star. H. Jon Benjamin cannot play Sterling in real life because he’s a small bald man (good luck finding him a stunt double because he can’t do any of those himself). On the other hand, Jon Ham is hotter than Hansel was back in 2001. Plus they both spell the 'Jon' in their name the same way, that has to count for something

Rebel Wilson is a large, hysterical person who seems capable of any physical feat. Pam bare knuckle boxed her way through college. If there is such a thing as a casting decision made in heaven, it probably wouldn't be this one because let's face it Pam's going to hell. So why would heaven bother making casting decisions?

He's got some free time now that How I Met Your Mother is over. And he's a talented guy. He's been playing the Alpha Male Straight Guy for so long, he probably wants to try something he's never done before. Playing an openly gay person. He probably knows absolutely nothing about that experience, what a challenge. I think he takes this role for a discount because he will find it so intriguing.

We already know that Scarlett Johannson can play a Russian spy. But I bet she has a non-compete clause in her Marvel contract. So for this to work, we need to play off Jessica Alba's jealousy of how much better ScarJo's career has been lately (and in generally really) and hope she can get back to her hotness peak from circa this: 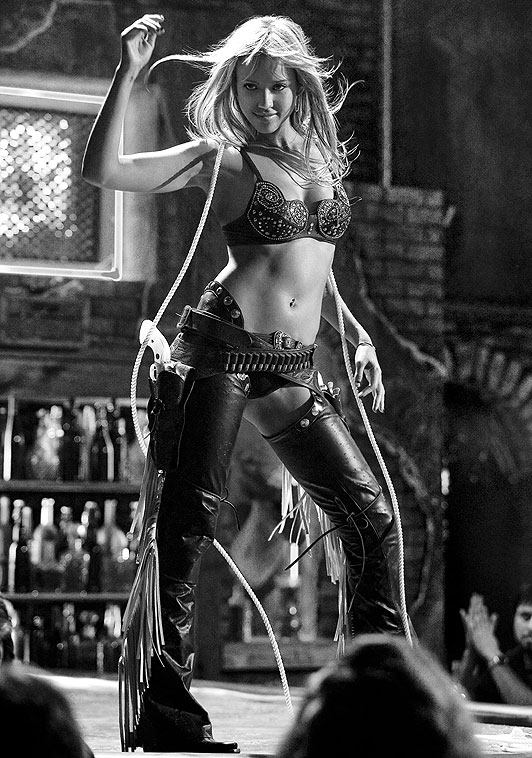 Sure he looks nothing like the character, but they're both nerdy white guys that delight other nerds. This is just a solid business move because Patton is best in small doses (and so is Krieger really, he is maybe in 4 scenes per episode of Archer). I still have the Google Image Search from Jessica Alba open on my other screen so I'm having trouble coming up with more jokes... so I'm gonna move on.

At first I was nervous about his inclusion because I thought he might insist on his buddies from the Hangover join with Zack Galifianakis as Krieger (which would suck) and Bradley Cooper as Archer (which I could live with). Actually that wouldn't be so bad. The guy who played Doug could be Barry. If we're going to include Katya, might as well have Barry along for the ride.

If Helms says no, I guess you could go with Jason Sudeikis as a second choice. The only casting demand he would make would be Olivia Wilde as Katya - something I think everyone could live with.

I talked myself into including Barry by the time I got to the end of the dozen. So I bumped Conway Stern (who would have been played by Terry Crews) in favor of adding Barry who should be played by Bo Burnham. He's a rising comedy star with a hit comedy special on Netflix. This movie will probably end up on Netflix a couple of weeks after the DVD release, so why not get somebody you know the subscribers already like, right?

We have very different ideas about what "lots of old lady action" means and whether or not that's a good thing.
Scrooge
What about lemon parties?
Dozens