Getting Better All The Time
SELECTIONS FROM THE DUDEFEST GUYDE 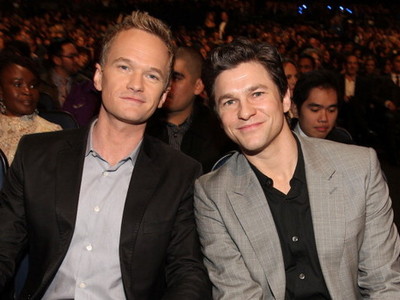 Your first thought right now might be, wow, I can finally learn about this topic from someone who has done it before. Well, I haven't done it. Not even close actually. In fact, none of the Dudefest.com dudes have done it as far as I know. So why am I qualified to write this? I don't know, why is George R.R. Martin qualified to write about dragons? He isn't, but he does anyway. And that's my attitude.

Because butt stuff is a whole different monster than other kinds of sex, it's especially important to set the mood for it. An obvious and recommended way to set the mood is to watch a contact sport, like football, rugby, or wrestling. Wrestling is actually preferred, because of its association with the liberal-minded ancient Greeks. It's also the most carnal sport. Envisioning you and your fartner (see what I did there?) as the two dudes trying to pin each other can easily give way to the two of you actually trying to pin each other. With the right mindset, that's all it takes. 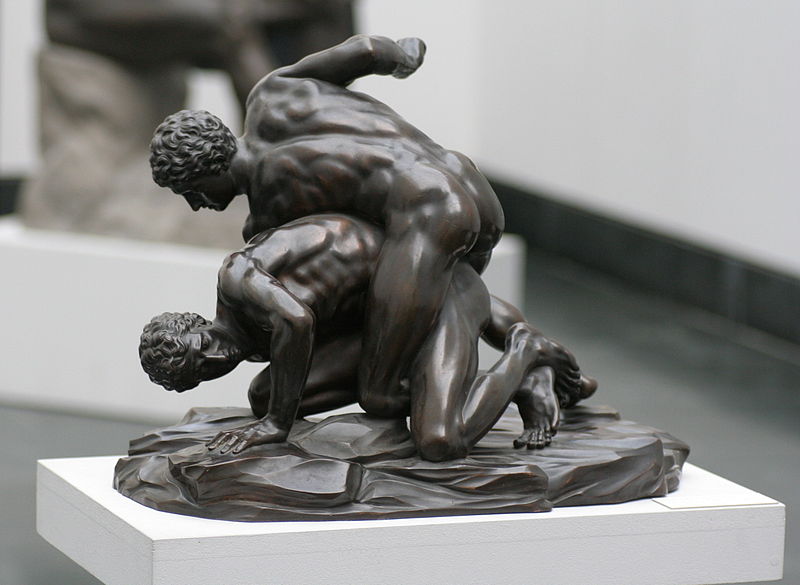 I couldn't find a photo of any ancient Greeks wrestling, so a suggestive statue will need to suffice.

Another way to set the mood for Ultimate Dudefest is to put on music by an artist traditionally associated with it. The first example that comes to mind is Wham!, a band whose name could not be contained by the traditional lack of band name punctuation. Featuring the duo of singer-songwriter George Michael, better known by his stage name Georgios Kyriacos Panayiotou, and Andrew something, Wham! hits like "Young Guns (Go For It)", "Bad Boys", and "I'm Your Man" will help lead your evening in the most ultimate direction possible. Tossing on Goodbye Yellow Brick Road works too, and obviously you can't go wrong with "Macho Man" or anything else by the Village People. Or check out stuff by Frank Ocean, who introduced ultimate dudefest to hip hop as "ultra dudefest" with his aptly titled debut mixtape, nostalgia,ULTRA.

There's one thing missing from all of that music though. The Pump Up Factor. The arena-blasting, head-shaking, stadium-chanting, minor-earthquake-causing Pump Up Factor. And which band perfectly combines ultimate dudefest with the Pump Up Factor? Queen. Queen's music will set the mood so well that you'll think you're in a dudes-only version of a Red Hot Read. Use "We Are The Champions" to get excited. Use "You're My Best Friend" to get into it. Use the drum track to "We Will Rock You" for cadence. And use "Bohemian Rhapsody" to take it to the next level. But stay away from "Fat Bottom Girls" (chicks are mentioned, duh), and Another One Bites The Dust (nobody wants to have their butthole bitten). 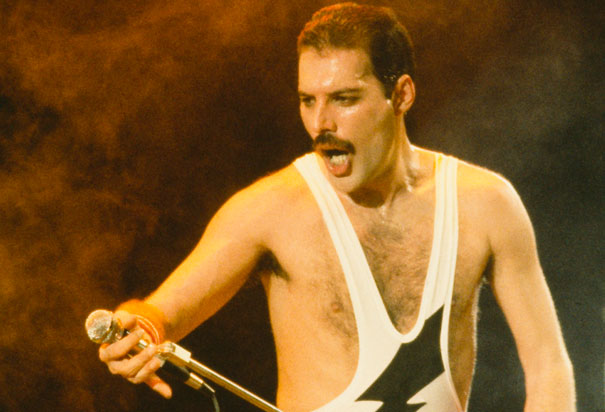 Deciding the giver and taker is the most important part of the ultimate dudefest experience, and fortunately there are seven Dudefest.com-approved ways to make the decision.

While there are certainly other ways to choose who'll be Joe Montana and who'll be Jerry Rice, we have only approved these seven. If you choose to try a different method, Dudefest.com is not responsible for the outcome. 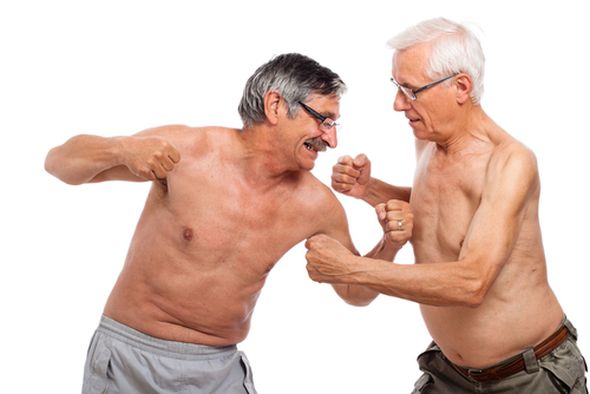 Pictured: Something we are not responsible for

GET DOWN AND DIRTY

If you're sexually attracted to dudes, this part will come quite naturally, and you can probably skip this section, since you've probably already gone through the steps I'll be outlining. If you're not sexually attracted to dudes, you might think that this part could be a bit difficult, but don't fret. With the top vs. bottom decision made and "Good Old Fashioned Lover Boy" blasting in the background, you just need a little push to get you through this.

Start by stroking the other dude's face, but try not to cut your hand on his stubble. Saying things to him like, "Dude, I lust for your loins", "I want to make sexings with you bro", and "I really don't understand why the fuck we're trying to do this" will help get him as into it as you are. You can also try facing away from each other and performing manual stimulation on yourselves separately. This is one of the better techniques for getting the both of you aroused in this specific situation. 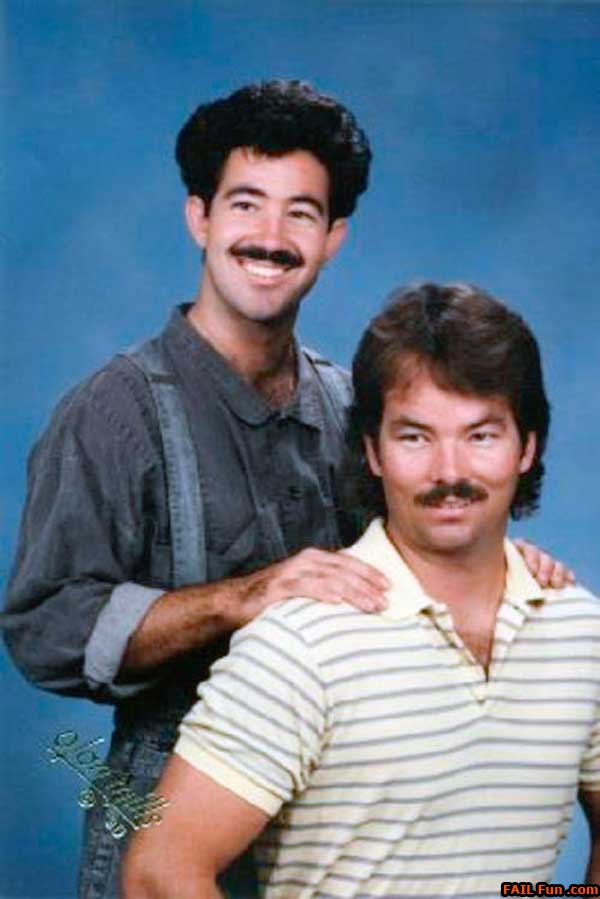 You can also try giving him a back massage.

Now that you're both ready to go, you'll want to get out a bottle of lube, and the top should put some on his hopefully erect penis. Be sure to use a liberal amount, because being conservative because having butt sex with a man is not the time to be conservative. When the top's erect penis is coated with a lubricant layer of thin to medium thickness, the bottom should apply some to his butt region. Anywhere (right cheek, coin slot, right below the balls, etc.) is fine; it'll make its way to the hole eventually. With lubrication of the uglies about to be bumped complete, you and your partner should split the rest of the bottle and cover the entirety of both of your bodies with lubricant. You'll want to minimize any chance of friction, because you never know what will end up where. With the bottle empty, the two of you should be all set to go, and the top should be entering around the time Freddie Mercury says, "I wanna make a supersonic man out of you".

With the sex complete, which I recently learned should take well under a minute, you have now experienced ultimate dudefest. High five your partner, you couldn't have done it without him. Go outside, high five the closest person you see. It's ok that you haven't re-robed yet, you've just attained the ultimate level of dudefest. They'll understand. Call your parents, your grandparents, your priest. Text all your ex-girlfriends. Tell your co-workers. Tweet it (assuming you weren't already live tweeting). You've reached the peak, your life is only downhill from here.

FORUM
Luigi and Hobbes
Pete Hall
Scrooge
How does "docking" factor into this? kgr8thx
Jimmy Fraturday