That Fart Was Us
LETTERS TO THE DUDEFEST FORUM 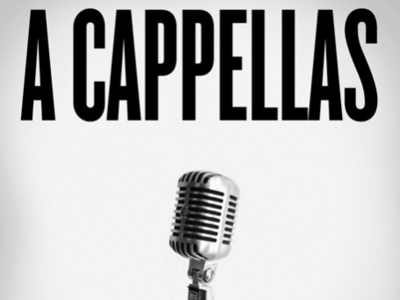 During the first week of my senior year, I didn't have a lot of homework and had to get creative to keep entertained. I was usually sitting in my apartment wearing my rattiest boxers eating cereal out of the largest bowl I own. One of these afternoons, my housemate walked in and started complaining about all the a capella auditions that she would have to sit through that evening. She along with two other housemates were going to sit through over 50 tryouts in the hope of finding one or two people who could actually sing. That's like a 4% acceptance rate on a good day.

While adjusting my testicles, I asked if there were any open spots for auditions. Then I suggested that two of our other housemates (who were not home) should sign up.

"So you want to do three auditions?"

"No, one audition. The three of us together."

She was intrigued, and gave me a time to come in for the audition. I did the math (It was my major, so it was pretty easy), and I discovered that we had about two hours until the audition started. I had no idea what song to sing. Shit. And I hadn't even asked either of the dudes if they were cool with doing it. Double Shit. It was crunch time. Dudefest.

Eventually, my first potential comrade in song showed up. We'll call him "Joe". "But aren't you, Joe?", asked the reader. "Yes, but I won't be referring to myself in the third person dumbass," replied the handsome writer. I made the pitch to Joe, and he was down. We started to think about a song. An hour forty-five to go.

We were starting our initial rehearsals as the third member of our trio walked in. We'll call him "Henry H. Henry". I should add here that I've known Henry for at most twenty years, but closer to five, and I have never heard him sing. No one I know has ever heard him sing. He claims that he sang when he attended a concert of his favorite band, we'll call them "Simple Plan", but I don't believe him. Either way, we knew we were doomed from the start, but we pitched him the idea anyway. His answer? "No." An hour to go.

Joe and I continued rehearsing, coming up with a whole routine for the performance. He and I would each sing a verse, and we'd alternate on the chorus. Between each take we'd try to talk some sense into Henry to join us, but he wouldn't have any of it. He was reading The Hunger Games and wouldn't put the book down. That and he would never sing in public. After our final rehearsal, we made a pitch we figured he wouldn't refuse.

"You can just sit in the corner of the audition room and read The Hunger Games the whole time. This will be awesome."

We knew we were right, and we told him that he was coming along anyway. He relented. Twenty five minutes to go.

With our song rehearsal complete and all members (forced) on board, we only had a few things left to do. We suited up, because it was an audition damn it, and we wanted to look good for this a cappella group. We printed out a few of copies of each of our resumes, because we wanted them to know that we took the audition process very seriously. Lastly, we put on sunglasses, because we didn't want anyone to know who we were.

It was raining, so we got the keys to the van from yet another housemate Kevin Morrissey (yes, THE Campus Cutie Kevin Morrissey) owned, and headed towards the other side of campus for the audition. Ten minutes to go.

When we got to the audition, we were told to fill out a form before we auditioned. This posed a problem. The form had a space for "Name" on it, but no space for the plural "Names". Unfazed, I wrote the name "James". Really, that's all I came up with. James. Not Michael Hunt. Not Dickbutt McFartsucker. Just... James. Two minutes to go.

When they finally called us in to the audition, we were coming in hot. Traditional audition etiquette dictates that you introduce yourself to the group so they can know who you are and a little bit about you, and so you can let them know what song you're going to sing. This did not interest us. Joe and I immediately started off singing shouting the bombastic chorus of "What's New Pussycat?" and Henry swiftly headed to a corner of the room to pop a squat and finish a chapter of his book. For some reason they all started laughing.

Undeterred, Joe and I completed the song as Henry burned through another page. We handed out our resumes for the group to quickly glance at to gauge our qualifications. Confident in our performance, we let them know that we were a package deal, meaning that if they wanted to let one of us into the group, they would need to let all three of us in.

"Any questions? No questions."

Joe and I headed out of the audition as swiftly as we entered, confident that we would get in. A few minutes later, Henry came out; he had just finished a good stopping point in the book. He too was confident in our performance. Negative five minutes to go.

We never got a call from the group saying whether or not we made the cut. Since we lived with three of the people who auditioned us, this made the rest of our senior year... uncomfortable.

I'm just saying, the world of Collegiate Acappella is a serious, high pressure place and your actions on this day were probably severely detrimental to the program's integrity and hurt those individuals who were there to further the community of song that is formed through Acappella groups. You are disgusting.
Ram Jam

I laughed 5 separate times reading this. That means it was a good one.Good Job Joe!
The Forum