Tell Us You Love Us
LETTERS TO THE DUDEFEST FORUM 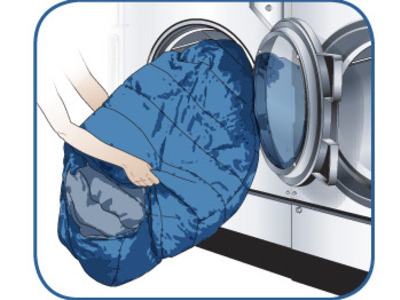 Once, while on a camping trip, I had a wet dream. I woke up in my tent, and thought that I had peed myself. Then I had another thought: it wasn't urine, but rather semen instead.

I'm guessing these happen around 3-4 times a year across the globe. Maybe more, because camping is already at a pretty high level of dudefest. Just a little more dudefest magic, and BLAMMO, your "sleeping bag" becomes a "semen sac". I'm actually proud to be a part of such a selective crew of dudes. It must have been an awesome dream.

I'm not being entirely truthful, though. It wasn't just a camping trip, it was a hiking trip. Cool, right? It was the second night of our trip, we had just hiked a bunch of miles, we lit a fire where we weren't supposed to, pooped all over the woods; a very dudefest night all things considered. So canvassing the inside of my sleeping bag with squirmies, was, at the very least, understandable.

Oh, right, so there were thirteen other dudes on this hiking trip (none of which had also creamed themselves, to my knowledge). That's a TON of dudes. Twelve people in a lean-to and two guys in a tent, which is awesome.

Well now I just have to tell the whole story: I was in the tent. I eventually told my tent-mate of my incident like, four weeks later. He was surprisingly cool with it (as a dude should be), and it didn't affect our work-relationship at camp.

Wait, I didn't mention that this happened during a summer camp hiking trip? Oh, well I'll just settle that right now. The other dudes in the lean-to were technically campers.

Oh, yeah, so the campers must have been technically ten years old.

And I was the nineteen-year-old splooging in his boxers. Technically.

While other dudefest writers are sleeping, Fritz writes articles and leaves them in the writers' wooden clogs for the morning.

OPINION
Vending Machines Are The Most Out-Dated Technology
Joe Kennedy
daveballs69
It happens to the best of us.
Ram Jam

Wow, Fritz, that's really gross. You probably got fired from that camp, or something.
The Forum