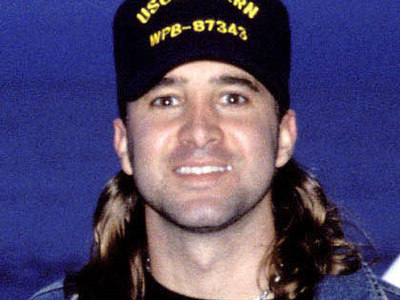 I already know what you're thinking. I'm actually surprised if you decided to read this article despite the title. My only guess is that you don't know who Scott Stapp is. The problem is, if I tell you, you're most likely not going to read the rest of the article, but, if I don't tell you, you're going to be incredibly upset at me for not warning you. I want you to read the rest of the article, because I want you to like it, but I don't want you to be upset at me because I want you to like me. So right now I have a dilemma: depending on which way I take this article, you will either dislike it or dislike me. Actually, that's a simple decision. I choose both.

No Fucks Ever Given: The Scott Stapp Story

A note before I begin. Throughout this article I'm going be talking about how Scott Stapp does not give a fuck, never has, and never will. But this is a family website, so in order to keep Smigoversen, our self-styled Master of Words, happy and ensure that we continue to receive funding from No Child Left Behind, from here on out I'll be replacing the word "fuck" with the word "frazzle". God I frazzling hate being censored.

Anthony Scott Flippen, better known as Scott Stapp [pronunciation: ], was born in Orlando, Florida, and either grew up with a dad who was both a dentist and a Pentecostal minister, or with two simultaneous dads each with one of those professions, or one dentist dad and then a minister dad. I don't know. Wikipedia isn't being clear. Either way, he left home because one of his father(s) was super strict. Stapp ended up attending three different colleges, getting expelled from one and graduating from none, namely because he gave no frazzles about getting a degree. 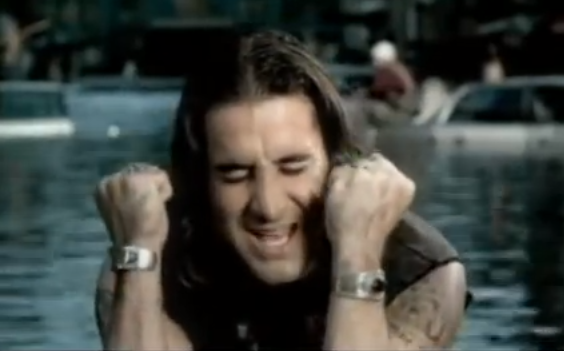 He also doesn't give a frazzle about the traditional number of watches one wears.

It was at his last college that he re-met high school sweetheart Mark Tremonti and together with Brian Marshall and Scott Phillips formed a band, which, to show that there were no frazzles to spare among the four of them, they called Naked Toddler. The foursome later renamed their band CREED [pronunciation: ]. "Oh, now I know who Scott Stapp is. Damn you Joe." Yes, you all know CREED. It's that band whose first three albums have all gone at least sextuple platinum, despite the fact that everyone you know hates them. But do you know who could give a flying frazzle that his band is universally hated? Scott Motherfrazzling Stapp.

After CREED's second album, Human Clay [pronunciation: ], which went eleven times platinum (I'm not lying, look it up), Stapp sensed that bassist Brian Marshall was trying to take some of his frazzles, so he kicked Marshall out of the band. After the release of CREED's next album, Weathered [pronunciation: ], Stapp also let all of CREED's fans know that they wouldn't not be able to have any of his frazzles when he delivered a performance so drunk and indifferent that four fans tried to sue him. Because of this performance (watch it below), among other reasons, CREED broke up shortly after this concert. Stapp didn't care. You know why.

After CREED's breakup (don't worry they got back together and released another album so you can secretly buy it 100 times), Stapp's popularity waned, but his frazzle giving did not wax. At the risk of this turning into a thesis, I'll sum up his post-CREED years with some particularly Stapp-esque, frazzle-withholding incidents:

2004: Stapp gets drunk in preparation for a celebrity poker show, and remains drunk during said celebrity poker show. Highlights include giving a kung-fu demonstration and claiming that Dave Grohl (of Foo Fighters, Nirvana, Scream, Probot, Harlingox A.D., and A Cat Named Walrus fame) has "a little cock" [pronunciation: ].

2006: A sex tape of Stapp and Kid Rock receiving oral sex on a tour bus in 1999 becomes public. Kid Rock calls Stapp an "idiot". The two have not spoken since.

2010: Stapp records an anthem for the Florida Marlins called "Marlins Will Soar" [pronunciation: ], despite (or maybe because of the fact that) I can find no evidence anywhere of the Marlins specifically requesting Stapp to make a song for them.

Love him or hate him, Scott Stapp [real pronunciation: ] doesn't give a frazzle.

https://www.youtube.com/watch?v=fof40yqaW1U This is a song written by a Grammy winner. Also, leave it to a Marlins fan to root for strikeouts, base hits, and double plays. Not home runs or anything exciting. Just... fundamentals. The Marlins are the WNBA of baseball.
Jimmy Fraturday

Clearly you've had a lot of free time recently
Dudes