A Celebration Of Dudes
LETTERS TO THE DUDEFEST FORUM 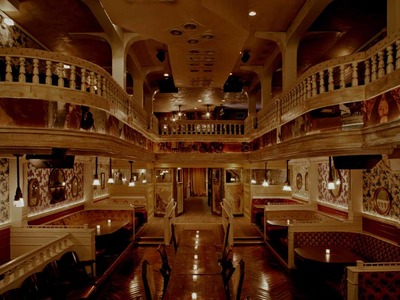 Ever wonder why you end up at the same New Year's Eve party every year? Why you see the same people you don’t really give a shit about and have the same “OMG HOW ARE YOU IT’S BEEN SO LONG” conversations? Do you tell yourself, “I should have sold enough of my blood and semen to afford a ticket to Avicii,” or “I should have just stayed home and stranglebated all night”? What is it that compels people to relive this never-ending nightmare of regrettable hookups, drunk girl tears, and alarmingly frequent urinal visits, year after year?

I too have stared deeply into the speckled abyss at the bottom of a bottle of Goldschlager, trying to retrace the steps that led me back to this vacuum of fun. After much deliberation, I have come up with a theory: I call it Neezer’s First Law of Dudefestdynamics. The shitty NYE party is simply another of man’s evolutionary safety mechanisms—like the monogamous relationship or the gag reflex—designed to protect him from experiencing dangerous, unsustainable levels of crazy. Without this annual festival of awful, society would collapse beneath the weight of man’s unbridled imagination: paper would beat scissors, dogs would fuck cats, and everyone would poop with the door open.

Neezer is going through a really intense Creed phase right now and doesn't want to talk about it.

Well it looks like I've got my next NYE plans all set
truckdaddy
Holy. Fuck.
The Forum