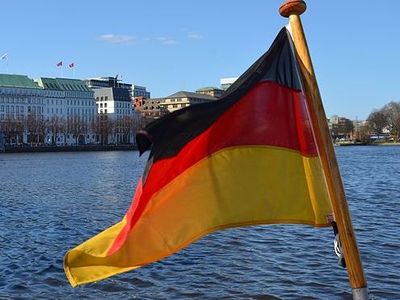 Sometimes, when you live at home while trying to make it big as an internet comedy writer for a website that doesn't receive any revenue, you go a long time without getting laid. It's hard to bring a girl back to your mom's house, after all. But sometimes, you meet a nice girl when your parents are out of town, everything falls into place, and you get laid for the first time in a very long time.

This is not what happened.

It started out like any other night: I was at a bar with a couple of friends, drinking a ridiculous amount of cheap beer from the minute we got there until last call. We stumbled out onto the sidewalk, and I had the best idea anyone has ever had: "Hey, let's go to another bar!"

Every town has its dive bars, and of those dive bars, it has the one. The one where you're likely to find an eclectic mix of underage college students and 45-year-old townie cougars trying to get with them. That was the bar that was still open, and that's the one we went to. There was a weird crowd that night, and I was sitting on a stool, drunk as shit, but somehow still the most sober of my friends. I saw this really cute girl across the bar, a short brunette chick, and I smiled at her. She was standing next to some dude, and I assumed that he was her boyfriend, and she was probably a coldhearted bitch anyway. But she kept smiling at me, so I kept smiling at her, and that continued for a while, until a blonde chick came over to me and said, "Would you like to meet my friend?"

Hell. Yes. That was actually my response to her: "Hell yes." Turns out, the blonde chick was Swedish, and the brunette was German, and they were in the US because they were au pairs for some rich families in town. And they wanted to know why I didn't come over and say hi. The reason is because I'm a gigantic pussy, but they didn't have to know that. I told them it was because I was talking to my friends. I introduced them, and my friends smartly decided to be super tired and need to leave, but I should totally stay. And totally stay I did. We talked for a long time, I continued drinking to excess, and we made out a little bit (high five!).

I really wanted her to come home with me, because guess whose parents were out of town? (Me. Mine. I shouldn't have to wait for my parents to go out of town, but I do, because I live with them, like a child.)

So we stood there at the bar, we talked, we made out, we drank. The hours flew by. It approached closing time, and I asked her to come home with me. She thought about it, weighing the options. She had a class early in the morning. I told her I did too, which was actually true, and I would drive her. She didn't want to leave her friends. I told her fuck it, you'll see them tomorrow. She was still considering it, but then decided against it. I said, "That's okay, I'll see you tomorrow." Because that's the reasonable, nice thing to do, and I am a goddamn gentleman.

I hopped in a cab, and when I got home, I plugged my phone in to charge. We were still texting the whole time, and she asked for my address. I told her I would pay for a taxi to my house, and drive her to her class in the morning. She agreed, and I gave her my address. I was absolutely. Fucking. Pumped. I sat down on the couch to wait for her.

And then I woke up at 8 AM, alone. To several missed texts from her, and two missed phone calls. The most notable ones read: "Ok, I'm coming over, if you're still awake", and then thirty minutes later: "But you're not."

And then we never talked again.

Pat Holland doesn't get laid, and that's just the way he likes it. Don't try to email him.

GUYDE
Dudefest Guyde To: Getting Laid at Farmer's Markets
Smigoversen
James
Ah the cold shower of defeat.
Scrooge
as opposed to the hot boner of success
Evan Finkle