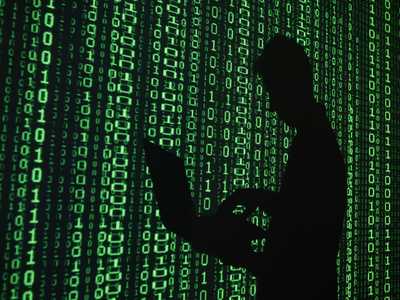 Ever since the beginning of time, hackers have been the most among respected of men. Everything I just said isn't true, but you get the gist of it. For those of you unaware of how software is created, it must seem like black magic. A dude or a crew of dudes put together this stuff called "code" onto a computer and then it does things that let you illegally download movies and drop racial slurs on comment threads. Learning to program isn't actually that difficult, but it does take time and I definitely can't tell you how to do it in a short article such as this. What I can tell you is how to look like someone who can program. After you finish reading this article, you'll have all the knowledge you need to convince your friends that you're more than capable of hacking into their The Facebook accounts, create a beautiful website from scratch, or get a job at Google.

SCREEN SPACE IS EVERYTHING

A true hacker has as much screen space as possible. There is no such thing as "too many monitors", and in fact there is a direct correlation between how many screens you have and how many mainframes you can hack into. In an ideal world, hot tech companies would provide their programmers with a desk and monitors in the style of Neil Peart's drum kit. Since you won't be hacking into any mainframes, you don't even need monitors that work. Troll Craiglist's free stuff section to see if anyone is giving away broken monitors. Check the dumpsters near software companies (they throw those things out all the time). When you get them, place them anywhere on your desk—it doesn't really matter where they go. In fact, the crazier your arrangement of the monitors, the cooler you'll look. 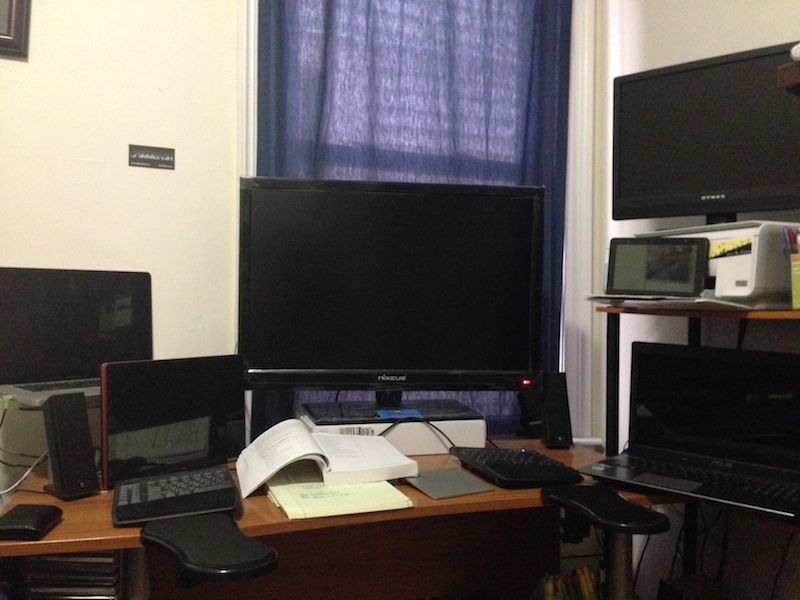 Most people don't know the meaning of a lot of words used in the tech world, and either just ignore discussions of those topics or ask a lot of questions without really understanding the answers. This means that as long as you speak with confidence about technology trends, people will think you know what you're talking about. I've prepared a list of buzz words to spew out out in casual conversation. Talking about how these things "are trending", "are the next big thing", and "are all anyone in the tech world is talking about".

Whenever you're on your computer, you should look like you're in the process of creating the next WebNetCom, inventing the next hip programming language, or taking down a major government website. When your friends walk by your desk, they should incredibly impressed with how smart you are. Obviously you don't know how to program, so you can't actually be writing code, but there are plenty of ways to look like you're are. For starters, check out HackerTyper.net. There, you can type as quickly as you can and code will display on your screen. This will work well for people who are walking by you and casually glance at your screen, but anyone who takes a closer look at your work, or who already knows of the site won't be fooled by that. You'll need to take a different approach.

The approach I suggest is to first get a text editor that people use for programming. If you have a Mac, open up XCode, that'll do just fine. If you're using a Windows computer, try Notepad++. If you're using Linux or any other operating system, you probably already know how to program and don't need my advice. With a blank file open in your text editor, take a snippet of code from somewhere on the Internet (the code sample below will work fine, although it's very short), and paste it in. If a friend asks you what the code does, just let them know that "it's too difficult to explain". If they press further, respond with "let's just say that you should probably change your email password". They'll get the picture.

This aspect of looking like a hacker is the least straightforward, and depending on how well you do on the other three aspects, might not even be necessary. If you've already sold them on the hacker thing, there's no need to buy a pair of thick glasses, grow out a beard, and stop showering. But if you haven't, you're going to have to start doing things hackers do until you reach the tipping point of your friends believing. I've listed the steps you'll need to take in order to convince your friends, but do not, and I must stress—DO NOT—go any lower on the list than you need to. Otherwise, you'll probably end up losing the friends you're trying so desperately hard to impress.

If you go any lower than number 4, you might as well just learn to program. Not only is it less time-consuming and pointless than number 5, it's also a great skill to have. And if you do, email nerds@dudefest.com. We could use a talented individual such as yourself.

Joe, I believe you are the only one here actively attempting to look like a hacker. Good for you bud, good for you.
Guydes