Frank Lloyd Wright, by any of his various nicknames, is easily one of history's most dudefest architects. I know, I know, you're thinking "That's not a big deal, because architecture is already one the most dudefest professions of them all!" Well, not going to argue with you there. Architects, as a group, are badass, opinionated intellectuals, with massive egos attached to building monuments to their own greatness. Think Howard Roark in the Fountainhead: kind of an ass, a total lady killer, a little bit crazy, but definitely dudefest. 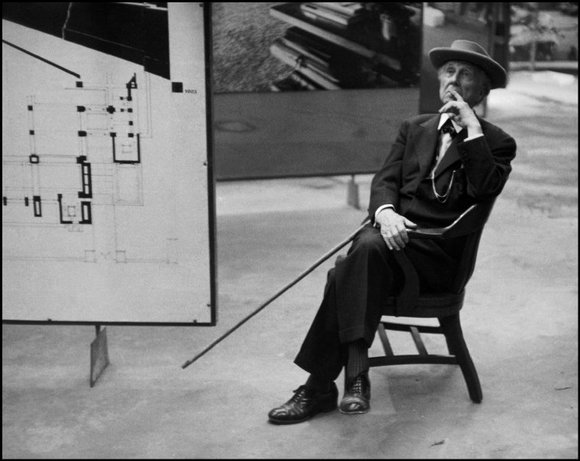 Franky Dubs has all of these dudefest qualities in spades. He was one of the best architects America has ever produced ('Merica). He knew he was hot shit, and didn't give any fucks about what people thought of him. Let me take you through some of his highlights. 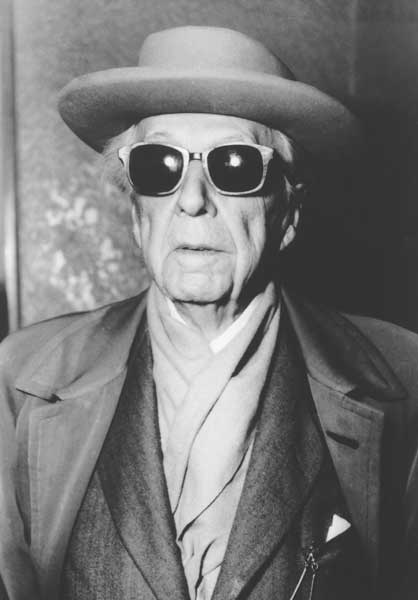 FLW invented a new architectural style that was all about America ('Merica).

The Prairie Style, developed in his early 30s, used ideas from The American vernacular such as horizontality, a hearth-centered home, and bringing nature inside. He was breaking out of the box, while those German douchers were building it. He went on to develop other styles (Organic, Usonian) too, each distinctly American. Frank was kicking ass and taking names. About his style, he said: I believe in God, only I spell it Nature.

Dubs didn't give a fuck about authority, or wives.

The Lloyd-Jones' family motto was The Truth Against The World. So, yeah. Rebel.

While already a genius, Frank quickly worked his way to the head of a firm at a young age. He then got fired, for designing and building houses on the side. Frank doesn't give a shit, he does what he wants. This small side-step in his career finally unleashed Franky Dubs on the architectural world.

Frank also had three wives over the course of his life, while keeping active mistress relationships on the side. His first wife (Wife A) was holding out on granting him a divorce to wed his mistress, so he eloped and peaced out to Europe for a while. A mistress who was the former wife of one of his former clients. Well played, sir. This first mistress died in a freak servant-lights-house-on-fire-and-murders-people-with-an-axe accident, so Frank, finally granted a divorce from Wife A, marries a different partner, Wife B. She is addicted to morphine, and they don't do so well. Frank takes on another mistress, has a child with her, gets arrested for human-trafficking (charges dropped), and finally gets a divorce from Wife B several years later. Jesus Christ, Frank, take it easy.

Franklin didn't give a fuck about his clients.

Dubs' projects were, for the most part, all about him. He knew what it took to make great buildings, and basically demanded total control. So, as long as he had someone to pay the bills -- which were often WAY over budget -- he did what he wanted. He designed furniture for each house, the layout, decorations, etc. There are famous stories of FLW coming back to visit a house he designed to find it rearranged, or with different furniture, at which point he would get pissed and redo everything the way he designed it. Sounds like a dick, right? Well, give him props for having a vision and sticking to it, then designing one of the best houses in history for somebody else. Ironically, some of his furniture sucked, and a lot of it was cramped or non-functional: he had a line of three-wheel office chairs that were fondly called "suicide chairs" because they tipped so often. 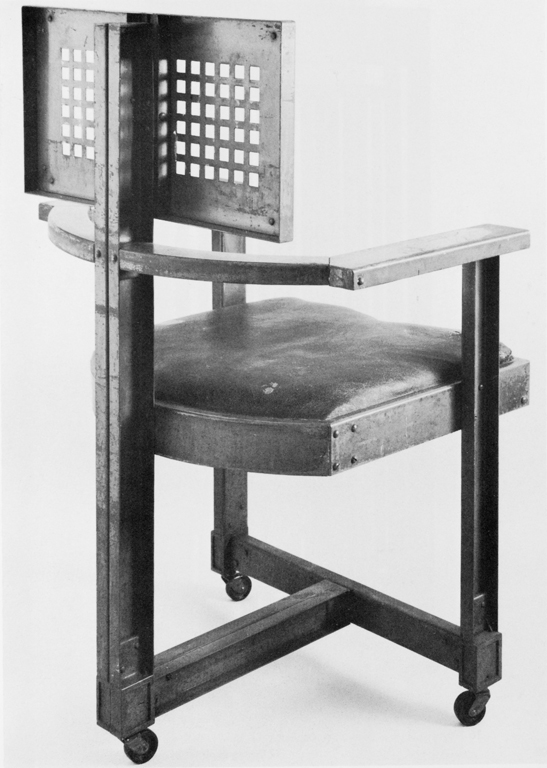 The "Suicide Chair": because you could kill yourself on it.

Frank, being such an opinionated guy, had to back up his beliefs with scathing wit, and some fightin' words.

- The physician can bury his mistakes, but the architect can only advise his clients to plant vines.

- New York is the biggest mouth in the world. It appears to be prime example of the herd instinct, leading the universal urban conspiracy to beguile man from his birthright (the good ground), to hang him by his eyebrows from skyhooks above hard pavement, to crucify him, sell him, or be sold by him.

- I doubt if there is anything in the world uglier than a Midwestern city.

Read some more quotes here. For those of you who prefer hearing with your ears, and seeing with your eyes. watch this interview from 1957. Franky lambasts McCarthyism, comments on humanity, and defends the American individual (among other things) while talking Mike Wallace in circles. A true Dude, even at the age of 90.