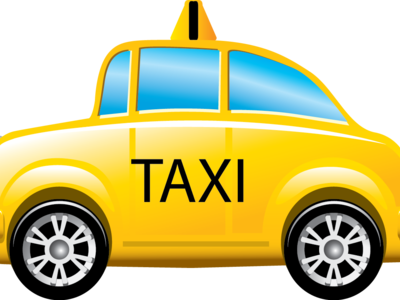 You may remember that some time ago, before I moved to Lake Tahoe, I lived in my car. During this time, my debit card number was stolen, so my bank had put a hold on my account. My bank was also located exclusively on the East coast.

In this context, "National" means the exact fucking opposite.

Of course I didn’t realize this until I was standing in front of an ATM. I had to call and get the bank to lift the hold for thirty seconds, so I could take out the withdrawal limit of $100 -- all the money I would have for the next three weeks.

At the end of those three weeks, I took a bus to Seattle to stay with a friend (we'll call him "Michael", because that is his name) the night before my 6:25 AM flight back to the East coast. I was moving to Tahoe to be a ski bum, so I was flying back to retrieve all of my gear from my parents' house (just in time for it to get stolen about three days later). By the time I arrived at Michael's apartment, that hundred dollars was down to ten. We immediately began drinking, not giving a single crap that it was 6 PM.

Seattle is a city full of cyclists, hipsters, and cycling hipsters, and Michael definitely fit into that third category. Since I did not have a bicycle, he let me borrow his roommate’s, who was out of town that weekend. I’m naturally clumsy, and therefore hilarious on a bike; since we had already been drinking (heavily), I probably should have just walked. It was a road bike, which I had little to no experience with, and the person it belonged to was about six feet tall. You may not realize this, but I clock in at a cool 5’7” on a good day (first thing in the morning, lying down, in space). What I’m trying to say is, I fell down a lot. A lot. Before we even got to the bar. We were drinking with some very generous people, who kept buying rounds and refusing to let me pay. Those are my favorite kind of people to drink with, and I managed to leave the bar at 1:30 AM with my $10 intact.

It was definitely a struggle to bike to the bar, but that paled in comparison to riding home. Admittedly, I don’t remember much, except for falling over quite a few times before I even managed to get onto the bike. Michael didn’t have any trouble, because cyclist hipsters are used to riding the streets of Seattle intoxicated, so he was already a few blocks ahead while I was still fighting my way onto the seat. Hell, I couldn’t even do it by myself -- after watching me try and fail a few times, a couple people smoking outside the bar helped me up. One held the bike, one held me, and I supported myself on a tree. I held onto the handlebars, placed my foot on the pedal, and immediately fell over again. That happened one or two more times, until eventually I was upright long enough to find my way back to Michael's apartment. There we proceeded to drink more beers and eat sandwiches until I finally passed out on his couch, but not before putting half of one sandwich in the fridge for my very early flight the next day.

I had set my alarm for 4:30 AM, the latest time I felt I could get to the lightrail and make it onto the plane. I made sure to plug my phone in to make sure it wouldn’t die overnight. Unfortunately, in my drunken state, I charged it in a different room, so it failed to wake me up. I rolled out of bed (couch? I rolled out of couch?) and looked at my watch: 5:05 AM. Shit, I thought. I’m gonna be so late. Then I realized that somehow, during all my bicycle tumbles, I had changed the time on my watch. So it was actually 6:05 AM. Which meant that if I were going to make my flight, I needed to be at the airport that second.

The night before, Michael promised me if I missed the lightrail, or woke up too late for it, he would give me a ride to the airport. I yelled, “Hey Douchebag, I need a ride to the airport!” His response was a very drunk, very tired, but very firm, “No!” (We have since talked about that day; he has no memory of that moment, or so he claims.) So I drunkenly called a cab company, and they told me someone would pick me up in twenty minutes -- which you may notice was exactly the wrong amount of time. I had no other option, so I waited for the cab, hoping it would miraculously come early.

It showed up right on fucking time. In the cab, I could only hope the flight was somehow delayed, or that this was a teleporting taxi. But I had no such luck, and as I watched the minutes tick by, I also noticed the meter climbing at an alarming rate. Suddenly, a shocking reminder popped into my head: Dude, you don’t have any fucking money! And as you may remember, my debit card no longer worked. I was pretty much, as they say, "completely boned".

The cab pulled up to the gate a mere twenty minutes after my flight departed. I opened my wallet, hoping that somehow my ten dollar bill had reproduced through mitosis overnight. It didn’t. I found myself pretty well fucked, owing a cab fare of $30 with only $10 in my pocket.

I asked the driver, “Any chance at all you take checks?” He was offended at that question. I

looked into my wallet again. Nope, still just a lone ten dollar bill. The cab did take debit cards though, so I swiped my card a few times. It kept popping up that the number had been stolen and the card had been canceled, a feature I didn’t even know card readers had. I thought I could feign ignorance that it would be merely a useless piece of plastic. Swiping the card repeatedly didn’t work, and I don’t think the cab driver bought my forced naïvité. I tried to play it off like, “Oh no! My card’s been stolen, what do I do?” but he saw right through me. I was still pretty drunk.

“Can I go see if it will work at an ATM inside?” I asked, well aware that airport lobbies do not commonly have ATMs.

“Yes,” he replied, pretty fucking pissed off at this drunk idiot in his backseat. “But you have to

That’s reasonable, I thought. I don’t have any suitcases or anything in the trunk, so this is the only way he can be sure I won’t run out on the bill.

So I opened the door, grabbed my backpack, and ran out on the bill.

I did give him the ten, though. And I forgot the half sandwich I stole from Michael's apartment, so it ended up being a very hungry travel day for me, with no money, no food, and a non-functioning debit card.

I totally missed the flight, too.

Pat Holland doesn't drink too much! You're not his mom! Don't try to email him links to self-help books.

OPINION
Vending Machines Are The Most Out-Dated Technology
Joe Kennedy
tim faketentin
pour one out for the sandwich
Bat Swinger
The greatest tragedy of the entire story is the poor sandwich left behind to rot in the fridge, everyone knows hipsters don't eat sandwiches because they're laughably mainstream.
Pete Hall

I left it in the cab, actually.
The Forum