We Wrote It At Work, So You Can Read It At Work!
SELECTIONS FROM THE DUDEFEST GUYDE

Does the thought of giving a presentation send you into a panic attack? Is public speaking something that makes you feel nauseous? Are you one of those people who panics and says “you too” when the waiter says “enjoy your meal"? If so, you need my help.

Studies have shown that the only thing people fear more than death is public speaking. Wait, I read that wrong. It’s actually spiders. People are more scared of spiders than death. But public speaking is a strong third on the list of things people are scared of. My point is that you aren’t alone in your fear of speaking in public. The problem is, sometimes you have to sack up and do it anyway. Giving a presentation is a standard part of many jobs, and sometimes it’s the key to moving up the ladder. This could be a pretty daunting task, especially in front of your bosses or big clients, so I’ll be a nice guy and give you the keys to locking down that big presentation.

Step 1- Get Over it, You Loser 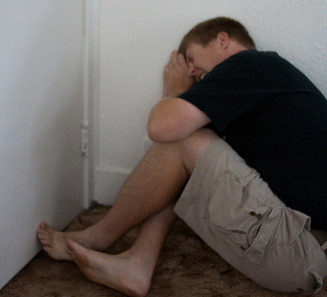 The problem is your confidence. You probably think that everyone else is smarter or better than you, and that they’re all sitting in contempt and judgment. Well, don’t worry about this, because it’s true and there’s nothing you can do about it. They’re all just waiting for you to slip up or do something dumb so they can publicly laugh you off the stage and remind you about it for the rest of your life. That’s right, you will mess up, and they will bully you forever. So now, you have two choices - either curl up into a ball and take it, or become an even bigger bully and intimidate your audience. The way to beat bullying is to become a bully yourself, which is just a byproduct of evolution. I don’t make up the rules of nature, folks. Dominance equals survival. Besides, you don’t want to be the curled-up-in-a-ball guy for the rest of your life. If you do, then you’ll spend years in a dead-end job until they lay you off at 45 because the boss doesn’t want to look at your pathetic face anymore, which will lead to your divorce from your almost-attractive wife (who has you completely whipped). She’ll be taking half of your paychecks from bagging groceries until you’re dead for child payments for your two shitty kids who won’t visit you when you’re old. Don’t be that guy.

I’ll get to how you go about bullying and intimidating your audience later on, but for now it’s important to get in the mindset. If you’re uncomfortable being a bully, just go down to your local homeless shelter or orphanage and volunteer. This will give you free access to several people that you can berate and talk down to. Eventually, the rush of making people cry will enable you to shed your shell of insecurity and turn you into a stone cold bullying machine. 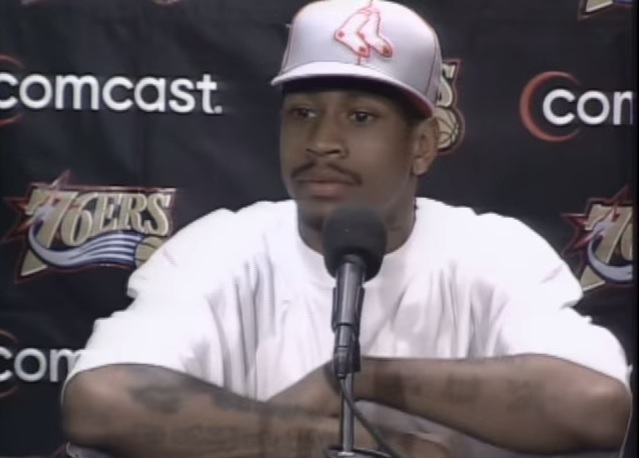 Now that you’ve achieved the correct mindset, you may be thinking that this is the perfect time to start preparing your big presentation. This is the most incorrect thing you could possibly do. I know this doesn’t make any logical sense to you now, but you have to trust me. Look at it this way. Why do you need to practice a presentation when you talk to people every day? A presentation is just talking to people, so your everyday conversations are all the practice you’ll ever need.

I know, I know, you’re still skeptical. You think you still have to practice to make sure you have the adequate knowledge of the subject and to make sure you have a structured speech that won’t include you standing there babbling like an idiot. To this point, I have two words for you: Allen Iverson. Yes, Allen Iverson, former franchise player of the NBA’s Philadelphia 76ers, 2001 NBA MVP, and eleven time All-Star (also an expert public speaker and model citizen). He was able to rise up from nothing, attend Georgetown (in no way due to his ability as a basketball player), and become one of the greats of his era in the NBA all without ever practicing. He didn’t waste his talent on practice, he just gave it his all in the games. Through his actions, Iverson teaches us an all too important lesson that goes criminally overlooked: winners don’t practice. Every school in America should be teaching our kids this. It’s not too late, though, we can still learn this lesson. By following Iverson’s steps to success, you too can go on to achieve beyond your wildest dreams, only to have it all crash around you in fifteen years due to nasty drinking, gambling, and beating-people-up habits. 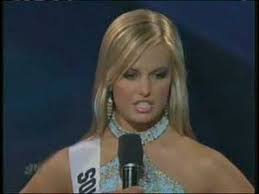 Here it is, the day of your big presentation. Your boss is sitting there watching, and you just found out that the CEO will be making a surprise appearance too. If you were giving this presentation before reading this guyde, you’d probably be literally shitting your pants right now. Well, that’s another lesson: don’t eat Indian food for dinner the night before the big day. Anyway, you’re lucky because you did read this guyde. Are you prepared? Mentally, yes. While it’s true that you don’t have a powerpoint since you took the Iverson strategy of preparation, you know you have the ability to hold the audience’s attention by your sheer charismatic aura.

After you’re introduced, calmly walk up to the podium or the front of the room. Collect yourself, stay calm, and then suddenly let out a deafening scream. This is important, as it alerts people to your presence while also asserting dominance. Now that you have everyone’s undivided attention, begin your speech with a threat to the audience. Note this point, as it is critical to always personally threaten the audience you’re speaking to. For instance, you can do what I do and bring a trash bag full of loose doorknobs with you and tell the audience that if you catch someone not listening, you’ll whip a doorknob at their head. It’s an effective strategy to keep the listeners engaged, especially if you follow through and do nail someone in the head. While this sounds inhumane at best and straight up illegal at worst, just remember that if you don’t bully them, they will bully you. You have to cripple them (literally and figuratively) before the audience can attack.

As you begin to talk, you’ll probably remember that you don’t have a plan or outline since you didn’t prepare. This is good, as speaking freely and from the heart comes across as more meaningful to your audience. It will most likely also lead to long, rambling tangents. If you find yourself on one (and you will using this advice), wrap it up by throwing in an insult to one member of the audience. In fact, throw in as many insults as you can. Make it so nobody is safe, and don’t be afraid to get personal with it. In fact, the whole point of a presentation isn’t so much to inform people of your topic, but to berate as many people as intensely as possible. Many people overlook this simple fact, which is why so many people suck at public speaking.

If anyone is left at the end of your presentation, they probably won’t applaud. They might even accuse you of being drunk (side note - getting drunk is a pretty good idea). Don’t worry, because most people need time to process the mastery of a speech like this. Trust me, you’ll be getting promoted in no time.

OPINION
Vending Machines Are The Most Out-Dated Technology
Joe Kennedy
The Jocker
Presentations are scary! The easiest way to go about them is to just not do them!
Guydes