The Biggest Roster Mistake The RESERVOIR DOGS Made
Smigoversen
August 17, 2014

One of the greatest "Heists Gone Wrong" of all time has to be the shit show that was RESERVOIR DOGS. You probably remember the film that was slightly less historically accurate than DJANGO UNCHAINED but significantly more accurate than INGLORIOUS BASTERDS that gave America an intimate look at how an All Star Team of Scumbags react to literally everything going wrong.

SPOILER ALERT Mr. Orange was definitely the worst guy to make the final roster considering he was an undercover cop. But let's face it, the not-quite-boss (Nice Guy Eddie's) biggest mistake was including his old pal Mr. Blonde.

The very first thing you learn about this guy is that he just got out of prison. Not only did he just got out of prison, but he was there because he took the fall for a failed heist that Nice Guy Eddie had put together a few years ago. The only good thing they did was at least trying to put him in a position to succeed by having him do "crowd control," because no one knows how to motivate people to lie face down on the floor and not move than someone who just got out of a stereotypical cinematic prison that I assume had a minimum of two full-scale riots a week.

When things started to go south at the diamond store, Mr. Blonde's default reaction was to go out in a blaze of glory and accordingly murdered several unarmed citizens. Only problem was that he didn't go out, he actually took a hostage. This was viewed as a shitty thing to do even by a bunch of professional criminals. That's saying a lot even if one of those criminals was actually an undercover cop, and another was an old softie who was tossing around details about his personal life like it was going out of style. 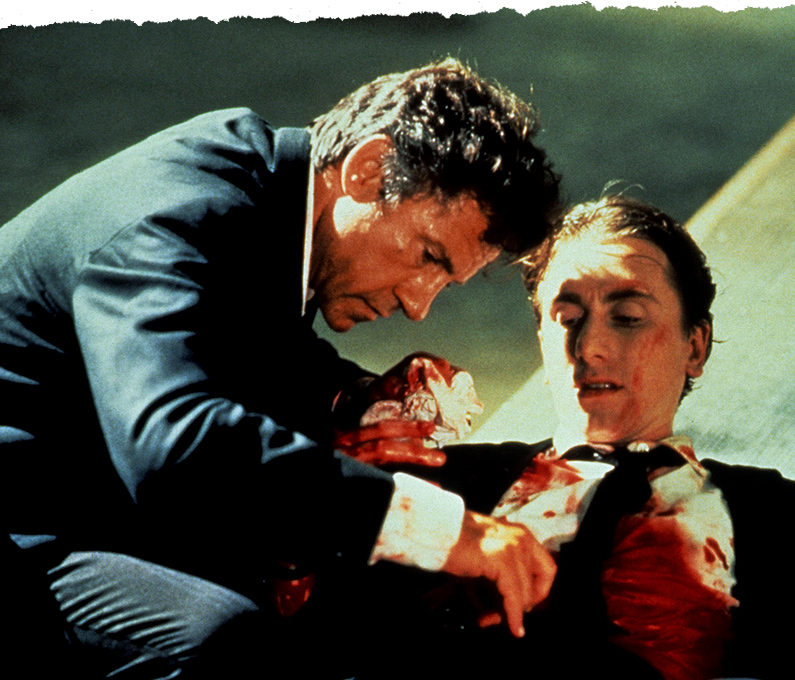 To be fair, he was right Mr. Orange wasn't going to live much longer, he unfortunately was wrong about the cause of death...

Much like Mr. White's crucial mistake about how Mr. Orange would end up the way he did, Mr. Blonde was correct in thinking this was all a set up. The problem was, he tried to weasel the truth out of a newbie cop who barely knew how to fill out a parking ticket. So really all of this was on a mis-executed hunch that resulted in, well, y'know what happened...

Ah who am I kidding, 70% of you who clicked on this link were just hoping to see that clip. Here you go, ya sick fucks.

Dennis Reynolds of It's Always Sunny in Philadelphia (in)fame(y) was correct when he described the gang as Brains, Muscles, and Wildcard. All but one of the members of this newly formed gang fall into two of those roles. Mr. Blonde is the only source of Wildcard. Here's an interesting parallel, literally none of the Gang's schemes work out - why is that? The Wildcard. Why does everything go to shit for the RESERVOIR DOGS gang? The Wildcard. What's the solution to this problem? Don't include crazy people, it will not work out. The fewer crazy people you have to keep track of in any situation, the better. That is quadruply true if your current situation is a heist.

What could Nice Guy Eddie and the rest of the gang done to minimize the risk of everything going to shit because of the Wildcard factor? The best strategy would have been to not let him have a gun. But that's obviously not going to happen. So their best realistic course of action would have been constant supervision by someone pretending to be more dangerous than him. If you can cow your Wildcard into thinking he's not the craziest motherfucker in on the scheme they won't step out of line for fear of being one-upped. 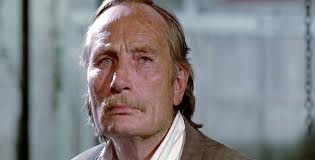 Look at how fucking old that guy is! You made him be the team psychopath's partner. This is like having James Harden guard a high schooler. It will result in ankles being broken (or worse). And to make matters worse, they left him alone with the hostage and a dying Mr. Orange. They left the guy who enjoys senseless violence alone with a person who can't live because he's seen their faces. With multiple weapons and access to gasoline. It's this failure to take all the risk factors into consideration that allowed Mr. Orange to slip onto the team unnoticed and blow up the whole operation from the inside.