Still Cranking 'Em Out
THAT'S JUST, LIKE, YOUR OPINION, MAN

THE GIVER Will Represent Rock Bottom For YA Fiction Movies
Smigoversen
August 12, 2014

When I was in the sixth grade, my English teacher forced me to read the first book I was ever angry at after I was finished. That book was called The Giver. The second time I finished a book that filled me with a rage this white-hot was in the 11th grade when I was forced to read The Catcher in the Rye. That means for five years, this was my least favorite book of all time. And now they're making a movie about it. That's it folks, we can pack up the Young Adult Fiction Movie Adaptation racket. We've reached the bottom of the barrel and anything we pull up here will be less attractive than week old hagfish. 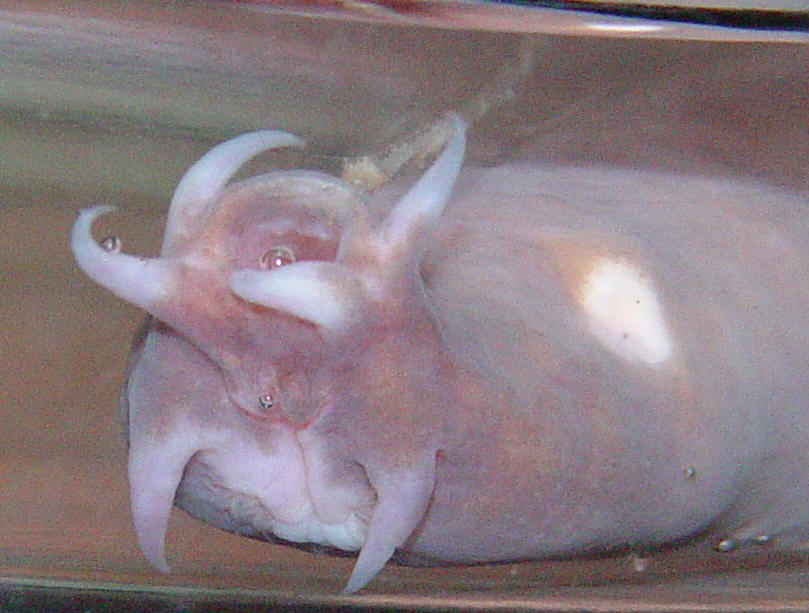 This is fresh hagfish, imagine this staying in your guest room for a week -- that's what reading The Giver is like.

My first concern about this film is this: there isn't a love interest in this story. I would know, I was 11 at the time and very interested in seeking out any dirty content in all mediums I interacted with. And yet, there is a chick on the movie poster. 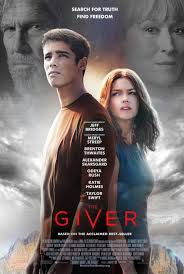 Just to be sure, I reread the Wikipedia page. There's no mention of any female characters in the plot synopsis.

I won't pretend that I remember every detail of the story. But if I don't remember any scenes involving a girl (he does run away with a baby toward the end - I'm interested to see how they would manage to age it up) AND Wikipedia didn't think it was necessary to mention him encountering any girls, then I'm pretty confident with my assertion that whatever plot this script started out with is no longer in play.

That might be a good thing actually, because this whole story revolves around a world where no one has any memories. Sure 50 FIRST DATES proved that people can fall in love over and over again every day, but that doesn't work in this universe because your spouse gets assigned to you. Good luck convincing yourself that this person was hand selected for you along with every other aspect of your life by a shadowy council of "Elders".

Well, everyone except one person doesn't have any memories. And he happens to have all of them. There's only one at a time and the old one is ready to "retire" so they pick a new one, his name is Jonas. He was selected because he had the right color eyes (sounds legit). Then this creepy old guy starts pumping him full of memories. The memories make him feel "emotions" and "experience color." The scenes where he starts to experience color the same way your mushroom enthusiast roommate from freshman year does every weekend really explain how impossible it is to describe color through the perspective of someone who doesn't know what colors are by only using words on a black and white page. Its not only impossible, it makes you sound downright stupid.

If any part of that plot description sounds like a riveting 4 part trilogy based on one fairly short novel* (the last of which coming in two installments I assume), you're a Hollywood producer and you've murdered all of our good childhood memories. The last of which being Michael Bay's Teenage Mutant Ninja Turtles abomination coming out later this summer.

I actually didn't know anything about the movie before I started writing this other than a poster I see on the Subway depending on where I get dropped off on the platform. Just now I looked up the cast, who did I see at the end of the list? Taylor Fucking Swift. That means not only is there a love interest, TSwift's character is going to go off script and fucking steal him away, then break up with him, then steal his ability to receive memories, then go about having her exact actual career only within a fictional universe where no one can understand her pain. Thus making her the Kurt Cobain of The Giver Universe (forming the basis of the remaining three movies in the quadrilotrilogy). Knock it off, Hollywood. Do the right thing, go make another little Zombie Rom-Com instead of mucking up traumatic child literary memories in bizarrely still bitter Internet comedy writers like me.

DOZEN
Dudefest Dozen: "Fancy" by Iggy Azalea Has Succeeded Despite Itself
Smigoversen
Opinion