Any Way You Want It That's The Way You Dudefest.com It
SELECTIONS FROM THE DUDEFEST GUYDE 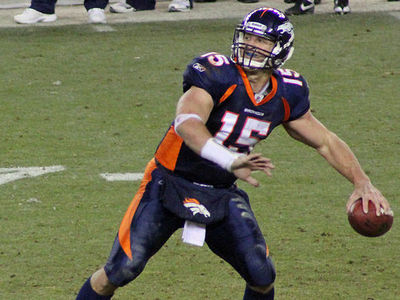 Super Bowl 48 (in Latin, MRV) is coming up soon and you know what that means: You're going to host a party. Now some of you might not know how to do this. Maybe you just learned about the Super Bowl, or you're under a year old and thus haven't been to any Super Bowl parties yet. Either way, you're in luck, because as you've probably gathered from the article title, this is the Dudefest Guyde to Hosting a Super Bowl Party. Prepare to add ten more (units of) knowledge to your uninformed and/or young brain.

The first step to hosting a Super Bowl party, let alone any party, is to get some friends together. If you don't have any friends, then this step might be tough, especially if you're older than five. In order to find friends, you're going to need to meet people. Now, there are three ways to do this: in person, on the Internet, and over the phone. I'll rule out option 3 because telemarketing have never been a great way to endear yourself to anyone. That leaves us with two viable options: Face-to-face and the Internet.

When trying to make friends face-to-face: it's good to go where people have succeeded in making friends before. Take me for example. I met my first friends when I was three. Other than my childhood best friend, who bit me on the face the first time we met, I made these first friends in preschool. That's where I suggest you go. In my memory, children are incredibly friendly and happy as long as they have something they like, so definitely bring toys for them. They'll dig it, and they'll probably open up to you about different shapes and numbers between one and ten. If they do, you're in, and you've made yourself a friend. Congratulations!

Making friends online is a little less straightforward because there are exponentially more websites than there are preschools. Where do you begin? Well, one of the strengths of the Internet is the ability to search for anything and everything that it contains, using websites called search engines. To find a search engine that will work for you, you're going to want to go to http://www.google.com, and enter the term "search engine". Once you've navigated to one of the available search engines, you can search for people who share interests with you! If you like to play Bop It, you can search for "how can I meet people who like to play Bop It?" If you like the actor John Stamos, but only his Full House work, you can search for "who else thinks John Stamos was only good on Full House?" Search engines know the answer to every question, so you can ask them whatever you want, and they'll help you out. Click one of the links that comes up in your search, and it will transport you to a community of people who share the same interests as you! From there, it's only a matter of hours before you make friends.

After you have some friends, the next thing you'll want to do is find a place to host the party. Websites like Craigslist (which my girlfriend uses for meeting other adults) have apartment listings all over the country; they are especially plentiful if you live in or near a big city. If you respond to one of these postings via email you'll probably get put in touch with a broker, who will show around various apartments that are close to the one you wanted to look at. If you decide that you like one, you can let the broker know, and he'll talk to the landlord. A broker's fee, a lease, a security deposit, first month's rent, and last month's rent, and you'll have a place to hold a party!

If you don't want to rent, and instead are looking to buy, then a mortgage is probably the way to go. I don't have much personal experiences with mortgages, meaning that I don't have an advice here, but stayed tuned for an article entitled "The Dudefest Guyde To Mortgages", which should be hitting the site tomorrow. If you can't wait until tomorrow, then this link might help you.

Some people might not have enough money to buy or rent, but there's a solution to that too. Every single person in the world has parents, and those parents have a basement. Ask your parents if you can move into their basement, and because they love you and are so proud of you, nothing would make them happier. Basements are sometimes small though, so make sure you don't put a bed down there; you can sleep on the couch if you need some shut-eye. Also keep in mind that most basements are drafty, so it's probably a good idea to always wear pajamas. You may not have space or consistent warmth, but you do have a venue for the party.

STEP 3: GET THE RIGHT TV

With the recent leaps and bounds in technology, having a TV for the Super Bowl has become a necessity. A radio no longer suffices, because most people prefer a visual experience when consuming sports entertainment, especially while watching the Super Bowl. However, a visual experience by itself won't work either; "acting out" what you think is going on in the game, even if you're using the universally loved technique of Charades, is not enough for people these day. You're going to need a TV with sound, and it's probably a good idea to pony up the extra cash to make sure it's in color too, as that has recently become the standard.

Update: After showing this article to our editor, he suggested that I add that the TV should be flat screened, because that's the way technology is trending. My editor is much more tech-savvy than I am, so I'm inclined to take his advice. So, despite the fact that I'm not 100% sure what a flat screened TV is (aren't all TV screens flat?), I'm recommending that you get one.

After you've found friends, obtained a venue, and gotten the right TV, you probably have little, if any, money left. This poses a problem, because you still have one major step left to complete the requirements for hosting a Super Bowl party. You need to have food present.

Now, a good solution to this might be to have your friends bring the food, because you're providing the venue. However, this solution falls apart if all of your friends have read this Guyde, and thus have little, if any, money left for their own Super Bowl parties. This means you'll need to be crafty.

Finding food with no money can be difficult, but you just need to let your instincts kick in. Begging for money is definitely a possible solution, but it's probably not the most effective way to get the money you need, and it will most certainly take a toll on your self-confidence. If you have a skill that you can show off, like playing an instrument, break dancing, or blowing fire, showcase it. Make sure you have something to hold the money people could care less about and thus choose to give to you, otherwise they'll probably just throw that money in a fountain the next time they're near one.

If you have no skills, then you're in more trouble. You'll need to be much craftier. A lot of restaurants throw out food at the end of the day; befriend an employee and see if they'll give you stuff when their shift ends. They probably will, because minimum wage is not enough to make them care. It's possible that you will be unable to befriend any restaurant employees, or you don't have any restaurants near you. If it's the former, I have no additional advice for you, as you've exhausted all of my knowledge on the subject. If it's the latter, then you're in luck, because that means you live on a farm. All you have to do is kill one of the presumably thousands of animals that lives on your farm, cook it, and serve it to your guests when they arrive.

STEP 5: HAVE THE PARTY

Once you've completed these four necessary steps, you'll have all the ingredients necessary to have a party. All that's left to do is set a time (preferably during the Super Bowl), and your friends will come, unless they're going to a cooler party. If that's the case, you should probably go there too.

SCORE
The Score: A Fantasy League of Ice and Fire Rookie Watch
Smigoversen
constantcraving
The first step is by far the most difficult. I'm still working on it.
Guydes