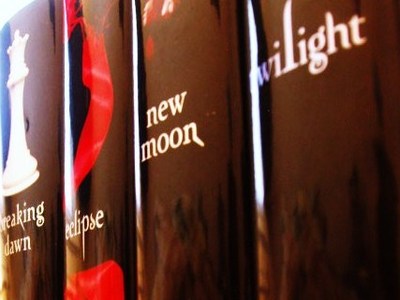 Here at Dudefest.com, we’re committed to reviewing the films our readers demand above all else. But personally, I’m more committed to beating a dead horse for an easy laugh. So instead of something anybody wants to read, I’ve prepared the following Guyde to watching TWILIGHT. Crack a cheap beer (you’re gonna need it) and prepare yourself.

I have been drunk during every film of the TWILIGHT saga. This is your preparation. If you’re going to sit through 120 minutes of these two pretty blocks of wood staring at each other, you’re going to have to get sauced first. And whenever the “plot” stalls while they’re looking lovingly into each other’s eyes, just crack a beer to pass the time.

Though I’ve seen the entire saga, I’ve only seen about thirty seconds of any of the films without this track playing (and yes, I was drunk at the time). It is a hilarious commentary track from our fellow dudes over at Rifftrax, and it is absolutely vital to viewing this movie if you wish to maintain your sanity. Sync the track up with the movie, slug some beers, and you’re good to go.

I’ve been advised by our legal team that we can’t advocate people pirating films. What I can say is, I’m not comfortable with advising my fellow dudes to give this movie any more money, so you should just go to rrent it (if you see what I did there).

Anyway, pop in that DVD from Hollywood Video (is it 1999 already?) and buckle up. You’re in for some shit.

Try to remind yourself that people actually enjoy this movie. They wait in lines for hours to see it premier at midnight, sober, and without the commentary track. Let that sink in for a second- women as old as my mom pay money to fawn over mediocre actors reading awful lines.

Try your hardest not to turn it off after the first ten minutes. Every time you feel the need to save yourself from this garbage and watch something, anything, else- take a drink. The only way to get through this movie is by finishing a 30 rack.

Once you start to meet the characters, you’ll understand that 99% of them are worthless and completely expendable. Especially Bella and Edward, the two main idiots. Actually, the only person in this movie worth paying attention to is Bella’s dad. He is the most Dudefest thing to happen in this entire series, plus he rocks a baller mustache too. He’s actually a great character. I’m not sure if it’s just because he obviously thinks this TWILIGHT shit is the stupidest thing ever, or if its his constant drinking throughout the movie, but I truly enjoyed watching him do things. Hell, if they made a spinoff of Mustache Dad just hanging out for 2 hours, being awkward around his teenage daughter and drinking Rainier, without all the vampire shit, I would line up at midnight to see it.

Take a page out of Mustache Dad’s book and admit to yourself how awful this garbage was. Burn the DVD and bury the ashes. Salt the Earth so nothing will grow there again. Get a little drunk and write a mediocre internet article about the movie.

Pat Holland will probably end up seeing these movies a few more times. Send him an email. Or don't, whatever, I don't really care.