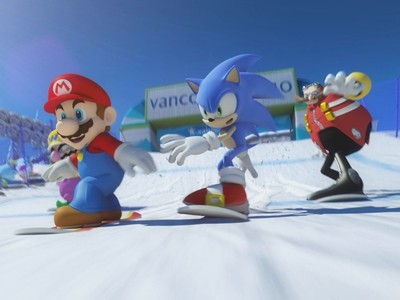 Get ready for the sporting event of February that isn't the Super Bowl. Yeah, it's been four years already. Which means the second best type of Olympics is upon us. I'm talking, of course, about the Winter Olympics, also known as the Olympics of the North because everyone knows it doesn't snow in the southern hemisphere. Only 3.5% of the world's population lives to the south of the equator, so it's not like we're leaving a lot of people out. These world games go on for a while, so we here at Dudefest are giving you an easy, fail-safe guide to making the most out of your viewing experience.

First things first, go ask for all of February off of work right now, because this shit goes all month long (18 whole days). Let your boss know that there are more important things than finishing your TPS reports because grown men and women are out there in enemy territory fighting for our country. It might be 11:30 pm but you should still call your boss. This is more important than just you. It's about America. It's about journeying beyond the Iron Curtain and taking the fight to the heart of the drunk circus bear itself, Sochi, Russia. This is about freedom. Tell your boss to fuck off. If this doesn't go well, you should also ask for a letter of recommendation to aid your post-Olympics job search.

So by now you should be shitting sitting at home, waiting for the opening ceremony to start. This is happening live in Russia, so who knows what fucking time it is where you live. Doesn't matter though, because you told your boss you weren't coming in today and you're not a liar. Washington didn't lie, and neither do Americans.

Whatever time this thing starts, make sure you're wearing as little clothing as possible. Naked is best, but if you have roommates that hate liberty a bathing suit will work too. The reasoning here is that all those athletes are cold in Russia and wearing a bunch of clothes, so you have to wear as little as possible to balance it out. Your food right now should consist of a six pack of Schlitz beer and a mixing bowl (or man bowl) full of cereal, preferably Cinnamon Toast Crunch or Reeses Puffs. Don't ask why, it's not important right now. I'm guessing the opening ceremony isn't that exciting since only like fifteen countries go to the Winter Olympics. But you have to watch so you can scope out who the competition is going to be. Drink heavily and take extensive notes. Now, let's get to the sports.

Miracle on Ice. Mighty Ducks. Air Bud. All are classic parts of Winter Olympic history. Ice hockey at the Olympics is maybe the second most epic sport to watch (behind curling, obviously), because it's actually a real sport that we watch anyway. The thing that makes it better is that we get to belligerently chant "U.S.A!" at the TV while Alex Ovechkin's face is getting pushed into the boards by the Red, White, and Blue. Your screaming should coincide with whenever the US scores a goal or starts a fight.

You should still be drinking copious amounts of beer, good American beers. Let those freezing commies in Russia drink vodka like they're waiting for the cold touch of death to take them from their misery. We'll be living life the only way we would ever want to: free, fat, and drunk as hell. The trick is to drink enough to try to forget the angry phone call you made to your boss, not to mention the several days you've already missed of work.

Hockey goes on for the whole Olympics, so we get a whole 18 days to yell at the screen and start bar fights with a bunch of bearded Canucks playing darts or pool or whatever the fuck they do in their bars. If the US loses before the finals, you must drink one 40 oz Colt 45 (the most American drink) per day in defiance of communism and in celebration of freedom.

If we do lose, though, not all hope is lost. There are a lot of other sports out there for us to win, and I'm going through all of them. Ok, maybe not all of them, we'll see. It depends on how much time I can bear to spend not giving my full attention to sports. Stay tuned and keep your eyes on the prize.