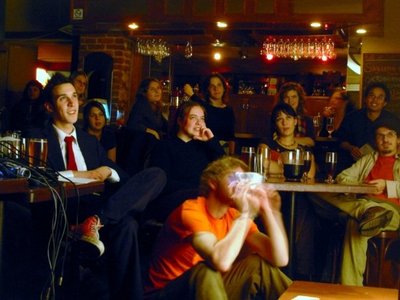 Bitches are always on the prowl for some strange. Trust me, fellow dudes- I am a man who has had sex in his life. 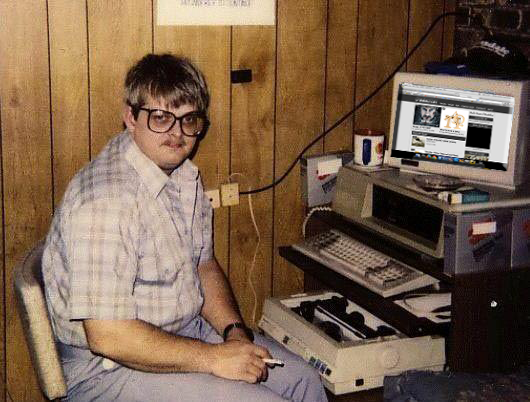 In order to best take advantage of ladies looking for sex, you have to adjust your game to your environment. In today’s edition of the Dudefest Guyde to Picking Up Chicks, we go to the most common sexvironment: the bar.

Oh yeah. This one is a definite must do. There’s a reason they call it “Liquid Courage”, and that reason is that you suck at talking to people. Your only hope is that you’ll perfectly self-medicate with a slow-acting poison to the exact level at which people mistake you for someone charming. Good luck!

Once you’ve successfully gotten yourself good and liquored up, your next step is to find your lady. A common misconception here is that you want to find a chick that’s not talking to anyone, so you aren’t interrupting. WRONG! That chick is clearly some sort of idiot, if nobody’s talking to her. You gotta find yourself a girl who’s already mid-conversation, so you know that at least somebody finds a conversation with her remotely tolerable. Stumble on over there and let her know it’s her lucky day, because you’re here to talk now.

This is the most sensitive part of the process. You only get like, five or six first impressions, so make sure your first couple are the best you can manage. You’re interjecting into her conversation with some chump, so you want to start off subtly informing her that you’re better than everyone else she knows. I like to thank the other jabronie for warming her up for me, and maybe ordering a couple drinks from him. This firmly establishes you in her eyes as the true catch, and that other weirdo as some butthead in the service industry that doesn’t even deserve her respect.

What immediately follows is a few seconds of valuable silence, that you are obligated to fill entirely with witty banter. The wittier you are, the closer you are to gettin’ in them drawers, so just keep on talking. Quantity is important; the law of averages states that you’ll eventually land on a topic that gets her all juiced up if you keep throwing words at her ears.

YOUR BODY IS A LANGUAGE

Now’s the time to start paying attention to her. Since you’re still dominating the conversation with your awesome, hilarious prattling, she’s going to be doing all her responding with non-verbal communication. Since the female brain can’t handle too many external stimuli at one time, she’ll likely be looking around the whole time, probably everywhere but you. This is a good sign, because it means that you’re overloading her feminine brain circuits with your raw sexual magnetism. You’re already in, bro, now you just have to seal the deal.

Your move is to invite her into the bathroom and wait for her there. Trust me, man, she’s on her way over right now. Congratulations, you’re about to get it in. Knucks!

I followed your advice entirely last night! Didn't work...what did I do wrong?
thebigd
I've done a lot of research in this area, but I haven't yet been successful. Maybe this approach will work.
Jimmy Fraturday

This is actually exactly how Smigoversen met his lady friend
Guydes