Humor That Goes Down Smooth
SELECTIONS FROM THE DUDEFEST GUYDE 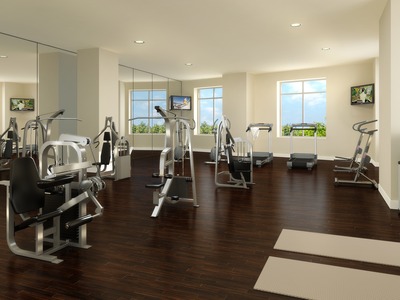 Did you know that 83% of women go to the gym specifically to meet guys? And not just to meet guys - no, they want to be hit on by dudes. Well, today is your lucky day, reader, because what follows is Dudefest.com’s comprehensive guide to hitting on fly honeys at the gym. They aren’t trying to work out, they’re just trying to find some swoldier like yourself to talk to. So don’t be shy, get after it, son.

GET A GYM MEMBERSHIP

This may sound self-explanatory, but I know the most frugal among you are already doubting me. But trust me, you can only tell the people behind the counter that you’re planning on getting a membership but you want to check the place out first one time before they start kicking you out, and I don’t know how many gyms you have around you but you’ll run out of places to try this at pretty quickly. Find a chick that tickles your fancy and strike up a conversation, but you’re gonna wanna make sure she’s the right one:

EYES ON THE PRIZE

The lazier bitches will come to the gym hoping that they’ll get hit on before they even have to hit the elliptical. That way they don’t actually have to break a sweat, and they’ll get a free meal out of you. Don’t waste your time with these ones- if they can’t even be troubled to do a couple jumping jacks for your attention it’s a guaranteed starfish situation once you get her back to your mom’s place after Chili’s closes.

You gotta make sure she’s willing to put in the effort. The best way to do this is make sure she actually works out at the gym. Now don’t be fooled, some of these temptresses will splash some water on their face so it looks like they broke a sweat while vying for your attention. No, the only way to be sure is to go right to the source: 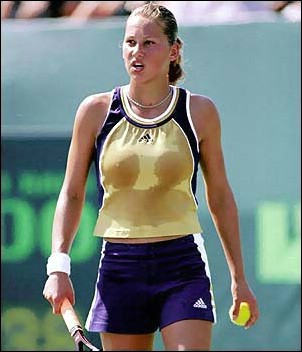 Don’t waste your time with these fucking posers.

HITTING ON BITCHES THAT ARE CURRENTLY WORKING OUT

There’s no way that you’re only pretending to work out if you’re currently actually working out. Take an eye-spy around that LA Fitness and find a girl using the equipment. Your ideal girl will be sitting on one of those weird hip clenching machines, but I’m pretty sure nobody ever actually uses those, so your mileage may vary. As long as she’s in the middle of her workout, you know she’s the girl that’s been waiting for you to approach her. 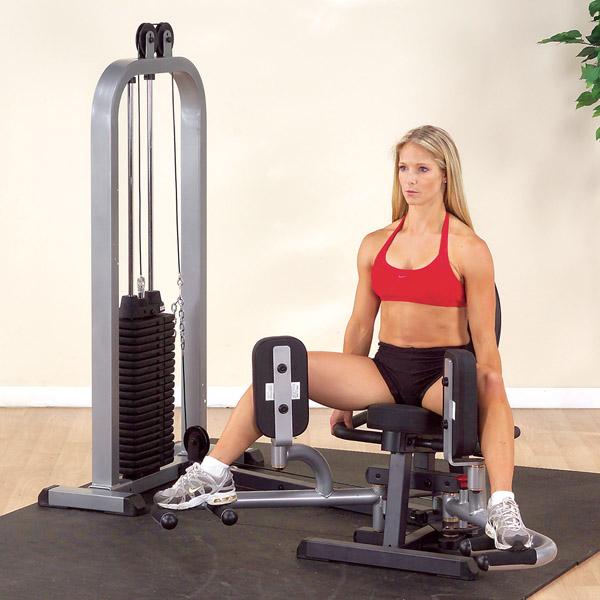 Now, this whole thing is a game of cat and mouse. You’ve already managed to eliminate the fakers that want your dudely goodness, but sometimes you’ve got a couple choices in mind, and you’re not sure which one to approach. Most days at the gym will give you only one good shot at a honey before all the other ladies get super jealous and that’s why they won’t talk to you. You gotta select your targets with ruthless efficiency, and lucky for you, we’re here to help.

So it’s between the girl on the treadmill and the one on the stationary bike. Here’s what you do: you find the one wearing headphones. The more beta readers are currently thinking, “why would she wear headphones if she wants to talk to people?” That’s why it’s a game of cat and mouse, idiot, and right now you’re the fucking cheese. Get out of my face.

You saunter right up to that girl and pop those earbuds out. That’s why the cord dangles like that, you know- so you can get a solid yank on it. Now she’ll look right at you, and that look on her face? That’s lust right there, buddy. You’re so in. 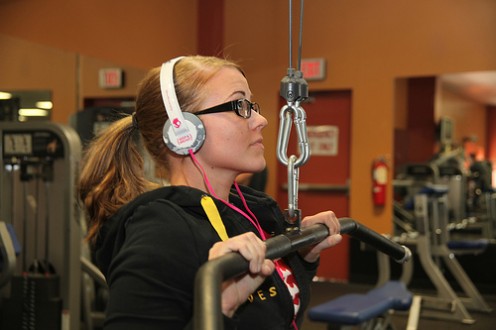 I bet she’s not even listening to anything.

This is why you only get one shot per day: because you nailed it, son, you just gotta bring homegirl… well, home. Your go-to move here is to let her speak first- you got her attention, and now she owes you. So you let her play with that ball, if you know what I mean, and now you’re rollin’ in the deep. If you two aren’t already on your way to Chili’s by now, you done fucked up.

Hit the showers and feel free to go to the gym across town, where you also have a membership. One shot per gym per day results in a lot of strange, bro. Plus Chili’s has an awesome rewards program, and the bartender knows me there.

Pat Holland doesn't believe in a thing called love. He can not be convinced otherwise.