SERENITY is a space western, a genre that for some reason doesn't get people anywhere near as excited as it should. When I try to describe this movie (or the show, Firefly) to people, they look at me like I'm talking about something amazing that their small idiot peanut brains can't possibly comprehend. I have to dumb it down and tell them that it's about space smugglers, which again, doesn't have the desired effect. Clearly there is something fundamentally wrong with them if they managed to go more than a decade without ever hearing about Firefly. Eventually, I settle for saying, "The main character is basically Han Solo." If that doesn't work, or if they say, "Who?", I cut them out of my life entirely. I don't have time for people like that. So if you haven't seen SERENITY, go watch it. Right now. It's on Netflix. I'll wait.

I'm not actually going to wait, though, because I wrote this long before you started reading it, and that would just be ridiculous.

Malcolm Reynolds (Nathan Fillion) is the captain of Firefly-class transport ship Serenity, and he really is a Han Solo character. SERENITY is what the STAR WARS prequels could have been, what the sequels should be, and it is the reason why if J.J. Abrams were unavailable, Joss Whedon would be my top choice to direct EPISODES VII-∞. I'm not trying to say that STAR WARS should take place in 2517 after humans have left Earth, or that the Force should be forgotten, or that Jedi and lightsabers and Sith and aliens all need to be removed. I'm saying that SERENITY had the spirit of a STAR WARS movie more than any of the prequels did, and that's why the best thing for the STAR WARS saga was taking it out of George Lucas's hands. Lucas created the world, but was the last person to understand what was special about it.

This review isn't about STAR WARS, though. It's also about how each member of the cast is a hard-fighting, kickass dude. Enough has been said by comparing Captain Reynolds to Han Solo—that speaks for itself (because it's true).

Zoë Washburne (Gina Torres) is Mal's first mate and former corporal during the Unification War, during which she fought with then-Sergeant Malcolm Reynolds. The Unification War is an allegory for the Civil War, except without slavery, and the good guys (known as Browncoats, which was Mal and Zoe's team) lost. All of the planets were taken over by the Alliance, an authoritarian government that united all planets under one rule by force, does not provide equal representation, allows conditions on poorer border worlds to remain primitive and terrible, and also "Alliance" sounds kind of like "Empire". But I promised I would stop writing about STAR WARS.

Zoë is a badass fighter, fearless, and unfailingly loyal. She willingly agrees to put her life on the line for the importance of the crew's mission to ensure freedom for the citizens of the solar system. After the sudden and brutal death of her husband, she manages to continue fighting through the pain, not giving herself time to grieve until the mission is complete, lest she fail and allow the rest of the crew to be killed before accomplishing their goal. Plus she kills like 100 people in about two minutes without breaking a sweat.

The main antagonist in the film is The Operative (Chiwetel Ejiofor, AKA that guy from LOVE ACTUALLY and 12 YEARS A SLAVE), a heartless and ruthless killer that orders the slaughter of an entire town, including children, just because he thinks that maybe there's a chance that the crew of Serenity will land there. He ends up being right, but still, super dick move. In a universe of space travel, terraformed planets, and ridiculously futuristic weapons, he still prefers to kill people with a sword. Maybe one of the only things that survived the mass migration from Earth centuries before was the Quentin Tarantino filmography.

The film didn't manage to make enough money in theaters to justify any discussion of a sequel, though it was well-received by critics and fans alike. It performed extremely well in home video sales, and in an unfair yet poetic end to the Firefly/SERENITY universe, was the first film released on HD-DVD, a format that failed almost immediately.

Pat Holland wishes he could either be Nathan Fillion or Malcolm Reynolds. Both would be fine. Don't try to email him.

R A T I N G S
9
If you came over to my house at any point between December 20, 2005 and the time I graduated High School, I forced you to watch this movie with me.
Pete Hall
8
Watching Wash die was the worst thing that's ever happened to me.
Joe Kennedy
8.5
Most times, when I try doing something coordinated, I start by saying "I am a leaf on the wind, watch me soar!"
Scrooge
8.5
This movie is not as good as the show, but it is sadder. That said, it's awesome, and I totally saw it in Pat Holland's living room.
Jeff Schumann
8
I watched this once before I knew about the show, and once after I went through the show. It doesn't matter what your background is, it's great either way.
Henry H. Henry
Recent Space Reviews 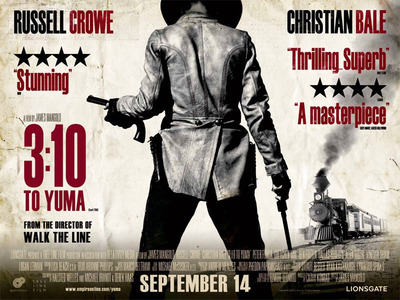 If she doesn't get naked she can only score up to 5/10 dudefest points. That's science.
Joe Kennedy