Genres
Superhero
War
DUDEFEST RATING
7.75
Dudes
The Rock
That British guy who also plays a rich bad guy
Blackbeard in PIRATES OF THE CARRIBEAN
The wand dealer in HARRY POTTER
Yaxley from HARRY POTTER
A bunch of other people you recognize but can't pinpoint
By Joe Kennedy
August 01, 2014

If you were expecting HERCULES with Dwayne "The Rock" Johnson to be a historical drama, let me start by letting you down. It's not. Sure, it's set in ancient times, which the costumes and sets reflect, but it is in no way historically accurate. It's got that VALKYRIE thing going, where everyone has an accent (British, of course) except the The Rock. They have very detailed maps of Greece at a time in history when maps looked like this. They also have what appears to be the result of a Dothraki mating with a Thenn, which probably didn't exist back then? History, unlike Game of Thrones references, is not my strong suit.

So, yeah, it wasn't a history lesson, but HERCULES works as a film. Why? It all starts with Dwayne "The Rock" Johnson. He got gigantic for this film. We're talking an eight month workout schedule that would make your guido-est friend rethink his life choices, and eating seven meals a day in what he referred to as the "12 Labor" diet, consisting of three pounds of meat, six cups of rice, over a dozen eggs, and enough asparagus to make his urine stink for months afterwards (I assume).

Johnson looks more like Hercules than Hercules did, and he's incredibly convincing as the demigod, both in stature and in attitude. His goal was to be "the definitive version of Hercules," and despite fierce opposition from Kellan "ARENA" Lutz, Arnold Schwarzenegger in his first movie role, and a Disney cartoon character, I think it's safe to say that after seeing this movie, Johnson comes away with an easy victory.

He's not the only good thing about this film though. His supporting characters (think Thor's friends, they could have cast the same people and you wouldn't have noticed) are all likeable and entertaining. There's even a guy who doesn't talk because nobody knows the troubles he's seen, and Post-Traumatic Silence Syndrome is an issue we need to talk about in the national discussion. The interplay between Hercules's crew is entertaining, as they're all badasses with an identical sense of sarcastic humor. Except, of course, the guy who doesn't talk, who is only entertaining.

The plot of the film is actually pleasantly surprising and original. The first two minutes establish that this film will not be about the twelve labors, instead taking place shortly after their completion (making the name of The Rock's diet even more appropriate). At first, that was disappointing, but then my thought was, what would be interesting or engaging about that? Sure, he'd fight a bunch of giant beasts, but there's no suspense there. For those of you who haven't read the book, spoiler alert, he ends up successfully completing the twelve labors.

One thing that could be a complaint is the over-the-top, too-ridiculous-to-be-believable action sequences, to which I'd say first, why are you going to see this movie then? And second, with how freaking huge The Rock is in this movie, it's absolutely believable. If Hercules looked like that, he totally could have picked up and thrown a horse or clubbed five people to death in one swing, which are two of the roughly one thousand dudefest feats Hercules accomplishes in this movie.

Despite being much shorter than any other movie I've seen this summer, I was able to finish my typical order of a large popcorn and large soda. The stats: 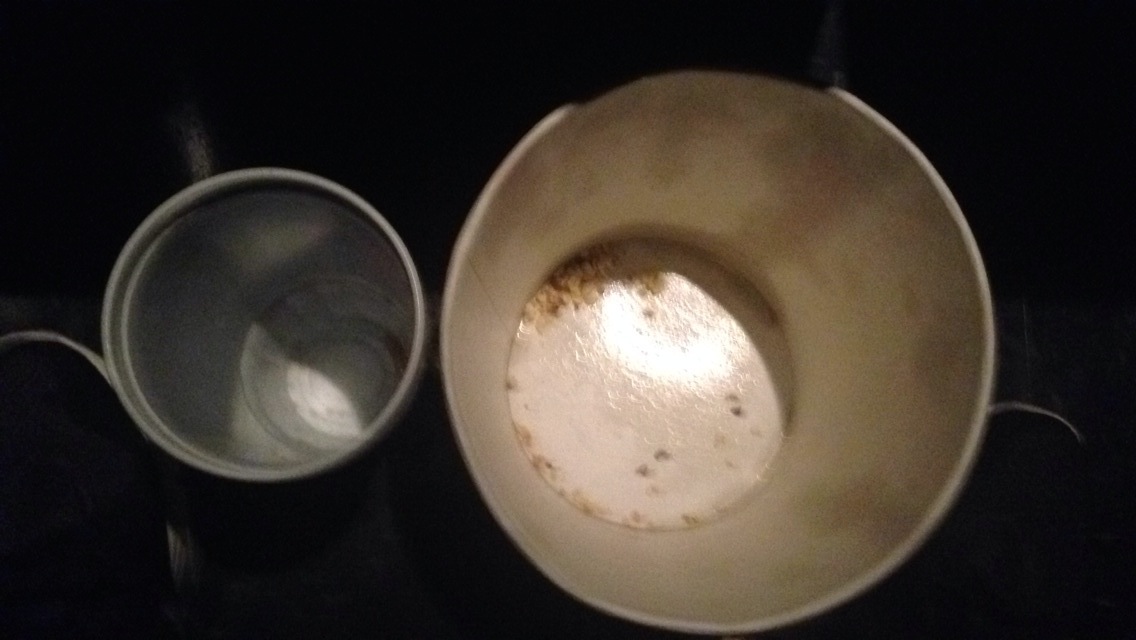 R A T I N G S
8
Great action, no romance, and the lack of Kellan Lutz in the title role give this one a high rating. The fact that the movie doesn't take itself seriously (as it shouldn't), caps this at an 8.
Joe Kennedy
7.5
Solid. Definitely didn't require a lot of brain power, but I was entertained the whole time. When this eventually starts airing in marathon form on FX or TNT, I'll watch it again.
Henry H. Henry
Recent Superhero Reviews

I don't believe that you finished the popcorn and soda because that picture looks exactly the same as the last one you posted. No one likes cheaters or liars joe
Joe Kennedy

As this is America, you are inclined to your own beliefs. However, if you check the popcorn bucket, it's clearly way greasier than all the other ones, because I asked them to put as much butter on it as possible without charging me extra. They obliged.
Dudefest Movies
10 MOST DUDEFEST MOVIES