If you think that 27 dresses is the perfect number of dresses, then do I have a movie for you. It’s called ROCKY IV. Just kidding, it’s called 27 DRESSES. Starring Katherine Heigl, Cyclops, and that guy from SAVING PRIVATE RYAN, the movie is a pretty standard rom-com story involving an obscene amount of wedding dress and wedding-related activities. I’m not talking about a WEDDING CRASHERS type deal where cool stuff happens at weddings either. Just boring wedding stuff. Actually, if you look above, you’ll notice that I called this a “survival” movie. That’s because it’s a fight for the viewer to survive the screening.

If you’re still reading this and haven't been scared away by what this movie has to offer, then thanks. I appreciate the support. God knows I earned it after sitting through this trash. So what is it about? Well, if you’ve seen any rom-com ever then you probably already know. It stars a woman who's hot but is too busy for a relationship, even though she's secretly in love with her “perfect guy” boss (who, of course, is not actually perfect). Then she meets another guy who she doesn’t get along with at first. But slowly falls in love with after begrudgingly spending time with him and finding out he’s not so bad after all.

And there’s a conflict where the guy does something that she thinks is inexcusable and she storms off in a huff. While she is pouting, she encounters her “perfect guy” from the first act of the movie only to realize she doesn’t love him, and runs back into the arms of the second guy at the very end.

They get married and there’s butterflies and rainbows and doves and shit. That’s the movie. Does that sound familiar? That’s because it’s the same story that every generic rom-com has followed for the past 25 years. What makes this one stand out? Nothing in particular. Excessive amounts of weddings. Say what you will about the writers of this movie, but they sure knew what their audience wanted to see. 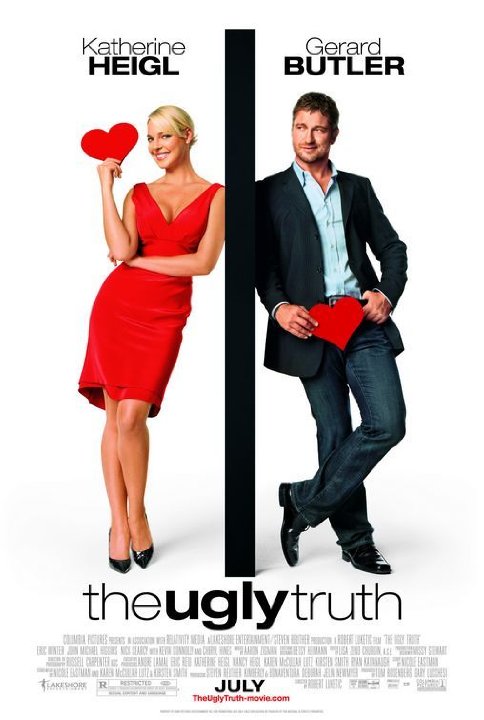 So what’s this movie specifically about? Well, to get into more detail, the incredibly unlikable Katherine Heigl plays a woman who has been a bridesmaid for 27 of her "closest" friends' weddings, and she’s in love with her boss, Ed Burns. Well, her sister, Malin Akerman, meets her boss and, ignoring her sister’s dibs manipulates him into falling in love with her.

Fast forward like a month or so, and Heigl is planning the wedding of her boss and sister. Sucks to be her, right? Well, she starts spending time with a pre-mutation Cyclops, who doesn’t believe in marriage, so she hates him. Cyclops writes articles about weddings, and writes this article about how shitty Heigl and her sister are for some reason. Before it’s published, though, he and Heigl fall in love and he feels really really bad about the article.

When it's published, she breaks up with him (storming off and not listening to him) and also gets into a fight with her sister. Heigl then publicly shames her sister in retaliation, breaking up her wedding. She hooks up with her boss (and sister’s ex-fiancé) and then runs back to Cyclops. Everything works out great for her in the end, and she even repairs her relationship with her sister. By the way, if you can’t tell, all the characters are horrible people. 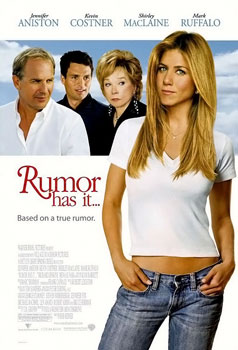 Replace Heigl with Aniston and it's probably the same.

My big problem with movies like this isn’t actually the romance part. I think that romance can actually be great in some movies. Just look at Pixar's UP (actually, that’s a bad example). My problem is that in rom-coms like this one, every character acts like an insane person. Everybody insists on manipulation, backstabbing, overanalysis, jumping to conclusions, overreacting to non-issues, and especially refusing to listen to the other side of any argument.

This entire movie’s plot is the result of everybody being irrational. If they had just chilled out and acted like a semi-reasonable adult, every conflict would’ve resolved itself immediately. Movies structured this way make me hate the characters. What’s likeable about people like this? If they’re not likeable, why should I care about anything that happens to them in the story? I couldn’t think of a good reason why, so I didn’t. I wasn’t happy or sad when it ended, I just felt like I wasted two hours of my life. Then I completely forgot about it until I wrote this. After I’m done with this review, I will continue to forget about it. Just like we’ve all forgotten about Katherine Heigl’s career. 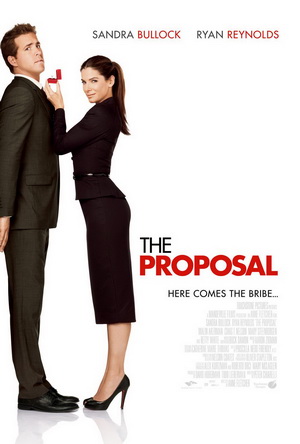 Let me give you some perspective for this movie. You know how awesome DREDD was? I gave it a 10 on this website. It was just Dredd and his partner killing bad guys. No romance, just good old fashioned cinematic violence. 27 DRESSES is the opposite of DREDD. It’s like night and day, black and white. Complete opposites. As good as DREDD was, 27 DRESSES was bad. But hey, it does have way more wedding dresses, so it’s got that going for it.

R A T I N G S
2
You should know by the title that this movie probably doesn't have a lot going for it.
Henry H. Henry
2.5
I saw this movie in high school. I was told that we were going bowling. I wasn't too jazzed about going bowling, but once the movie started - I've never wanted to go bowling more in my life.
Smigoversen
5.5
I fucking hate bowling.
Pete Hall
Recent Survival Reviews

CINEMA
TERMINATOR 2: JUDGMENT DAY
Review by Pete Hall
The Jocker
I thought this was 127 dresses.
Dudefest Movies
10 MOST DUDEFEST MOVIES