Genres
Superhero
DUDEFEST RATING
6.50
Dudes
Will Arnett I guess
A bunch of dudes voice turtles
One of those guys who's in a bunch of stuff
By Joe Kennedy
August 18, 2014

I have a terrifying tale to relate to you all. I decided on Saturday afternoon that I was going to go see the new Ninja Turtles movie, because it had just come out and I had heard bad things. I was getting ready to head to the movie theater, but the next thing I remember is being home, in my bed. I had absolutely no idea what happened during the time when I was supposed to be in that movie.

I shouldn't say that I remember nothing, because I can remember a few fleeting moments. Random flashes that are hard to make sense of. I think I saw Whoopi Goldberg at one point, but that seems odd, because there is no way she could possibly be in a movie like this. I remember seeing someone that looked like the Megan Fox that had given me (and every other dude my age) a near constant erection as a teenager, but it was as if she had been attacked by silicon. I also remember seeing four hideous green monsters attacking a bunch of human beings. It was terrifying.

Did I fall asleep and have a bizarre dream? Was I drugged? Was I abducted by aliens? Since it didn't happen on a Friday night, it probably wasn't the alien thing. I probably didn't get drugged, because I was the only person at my house, and I hadn't eaten anything in a few hours. That leaves falling asleep, which would explain the visions I was having, but I was fairly sure I hadn't fallen asleep during that time.

It eventually occurred to me, "Check your phone, idiot." Did I make any calls, send any texts, take any The Instagram photos of any food I may have gotten, or upload any of the pics with my tiger to my The Tinder? Nope. 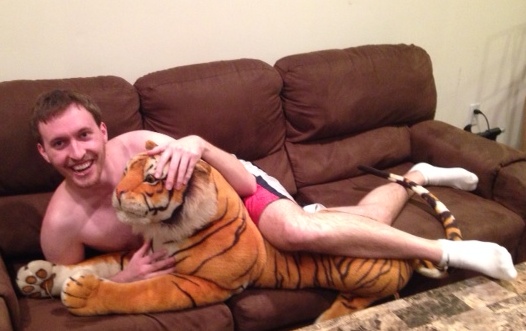 I still had exactly 6.

I found zero text messages, phone calls, Snapchats, or sent or received. I was perplexed. Then I decided to check my photos. I only found one. 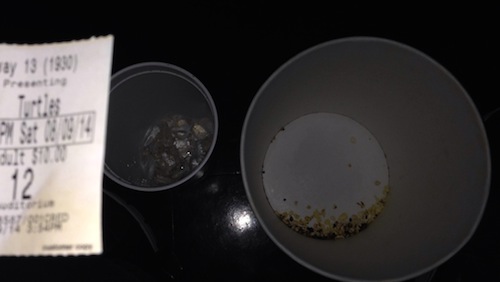 I finished everything. Go blacked out me!

At this point I gave up. My investigation had already taken about ten minutes of my life. That was enough time to spend thinking about this movie.