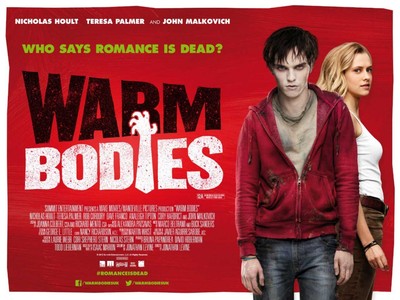 There is a general rule of thumb for film releases: if a movie comes out in January or February, it’s probably pretty bad. Starting in May (or some years, April, because it’s like Christmas shopping season, apparently it starts earlier every year), you get your summer blockbusters. These movies make the big bucks for the studios, regardless of how “good” they actually are. You know the kind of movies I’m talking about: your ARMAGEDDONs, your TRANSFORMERSes, your JURASSIC PARKs.

Come fall, the awards season starts and the “artsy” movies premier. These are the critically acclaimed ones, the released close to the end of the year while maintaining enough time to generate plenty of buzz before the Holiday season ones. Then, once the calendar turns over to January, you’ve got about two months where the only thing anyone’s talking about is last year’s movies (and what awards they’ll win), or the NFL playoffs. Nobody gives a shit about movies in January or February, so this is when studios dump their crapfests that only people that really hate football will be desperate enough to see. This is where WARM BODIES comes in.

Nicholas Hoult plays a zombie named R, because he can’t remember his name, just that it starts with “R”. He also narrates the movie. As the protagonist, one would expect him to be at the very least mediocre, and he fulfills that expectation. He manages to out-act Corddry, even though both of them are playing mindless reanimated corpses. Hoult just manages to play a reanimated corpse, instead of the reanimated corpse of Rob Corddry. Beyond that, there really isn’t much else to say about him.

Rob Corddry kinda comes out of nowhere in this movie, playing the zombie best friend of the zombie main character. In typical Rob Corddry fashion, he plays...Rob Corddry. The dude can be pretty funny, but he has the same acting range as Michael Phelps: stand in front of a camera, be you, read from this sheet of paper.

John Malkovich plays Colonel Grigio, the leader of the last human settlement and the father of the heroine Julie (Teresa Palmer). We had high hopes for him to be the saving grace of this movie, because he was absolutely bonkers in BEING JOHN MALKOVICH and played a pretty good antagonist in ROUNDERS. But the film focuses on Julie’s daddy issues instead. Then he shoots her zombie boyfriend in the heart. He really phones this role in. Which is understandable because, honestly, wouldn’t you? Johnny Malkz gotta get paid, son.

If you say Dave Franco’s name sort of quickly, and you tend to mumble a lot, people might hear it as “James Franco” and actually get excited for something about the movie. That would make you kind of a liar, though, so you should be honest and tell people it features his crappy brother instead.

The movie is stuck somewhere between satirizing the “Teen Paranormal Romance” phenomenon, and shamelessly cashing in on it. It has several of the same problems as the TWILIGHT series as well, although some of these similarities are ostensibly on purpose: a wooden, undead leading man; a love triangle; even the leading lady, Teresa Palmer, plays like a Kristen Stewart knockoff. The creatures in this movie are zombies in name alone, much like the vampires in TWILIGHT. It just really can’t tell if it wants to be a zombie movie or a romantic comedy, and it fails at both.

All in all, it’s a pretty interesting idea for a movie, with a relatively decent cast, that just doesn’t deliver. It’s based on a novel of the same name which we have zero intention of ever reading, so we assume many of the problems start off there. It stands as evidence to support the “February sucks for movies” rule, so at least it’s good for something. Oh, and it’s rated PG-13 so we don’t even get to see Teresa Palmer’s titties.

Pat Holland wrote this article without proofreading, because he can't read. He'll try his best to respond to your messages based purely on conjecture.

R A T I N G S
2.5
Some romantic comedies can be Dudefest. It doesn’t make sense to rule out an entire genre just because of some preconceived notions, especially because movies tend to fall into several categories (see: zombie rom-com). WEDDING CRASHERS, for instance, is a romantic comedy, and it is a very Dudefest movie. That being said, WARM BODIES is not ruled out because of its genre: it’s ruled out because it sucks.
Pete Hall
2
I didn’t see this movie because it came out on Super Bowl Sunday. That’s fucking brilliant because the release didn’t interfere with midnight bowling and the target audience wasn’t going to be watching the game in the first place. This targeting is worth 2 points in my book. 2 out of 10.
Smigoversen
3.5
Rob Corduroy should stick to news. Chick was pretty foine though.
Evan Finkle
1.5
There are some pretty awful Zombie flicks out there, but a Zom-Rom-Com? C'mon!!?!?! Be a zombie movie or GTFO already
Fritz Tamarack
6.5
Any teen movie with a necrophilia punchline is OK in my book.
Scrooge
Recent Comedy Reviews